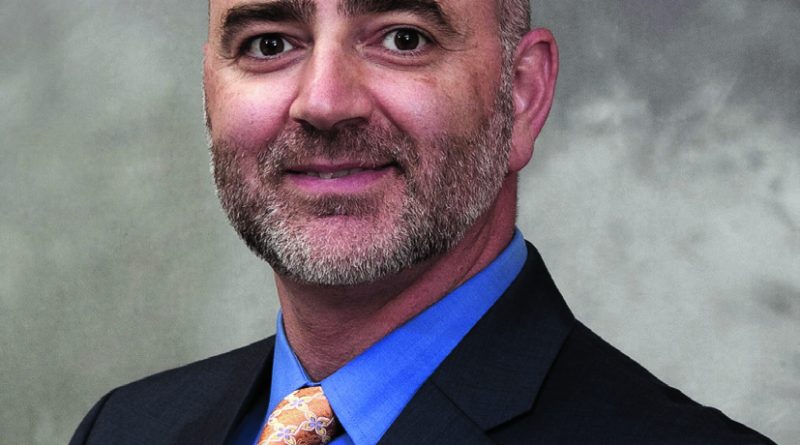 LOUISVILLE The days of fatalism in stroke care are long gone, or at least they should be, according to Alex Abou-Chebl, MD, interventional neurologist and medical director of stroke with Baptist Neuroscience Associates, part of Baptist Health Louisville. “Stroke used to be the third leading cause of death. It’s now the fifth leading cause of death. Our treatments and efforts have resulted in a significant reduction in stroke mortality,” he says.

Not only are new treatments evolving, but the standard of care has changed. Abou-Chebl points to one day in particular that is transforming the treatments and outcomes for stroke patients. “On a remarkable day, February 11, 2015, probably one of the most astounding days in the history of clinical medicine, five randomized trials were presented back-to-back at the International Stroke Conference in Nashville. All five trials were positive, not just mildly positive, but amazingly positive with overwhelming benefits,” says Abou-Chebl.

The trials evaluated the use of endovascular treatment for large vessel stroke, where the blockage of an artery causes major deficits and carries a high risk of mortality. This type of stroke accounts for 40 to 50 percent of all stroke patients. The endovascular treatment utilized a stent retriever to remove the blockage. “For that category of stroke patients, we have had devices that can pull clots out of the brain since 2004. What we have not had is any evidence that doing so resulted in improvement in neurological outcomes,” says Abou-Chebl.

Four out of the five trials were stopped early because of overwhelming efficacy, a feat unheard of in stroke care. Abou-Chebl explains, “Most of our trials are stopped early because of futility, meaning they will never show benefit, or because they actually show harm. That’s what we in stroke have been used to, one depressing trial after another.”

The result of these trials is a new standard of care, as evidenced by the American Heart Association and American Stroke Association amending the stroke guidelines. “Any patient with ischemic stroke due to a large vessel occlusion within six hours from stroke onset must be considered for endovascular treatment with one of these stent retriever devices. It is no longer optional,” says Abou-Chebl.

Why These Trials Are Different

These trials mandated all patients get a CT angiogram to determine whether they had a blockage and where it was located. Additional perfusion studies were then used to select patients with the smallest amount of dead brain tissue and the largest amount of tissue at risk, known as the ischemic penumbra. The result was a two- to fourfold higher probability of restoring patients to normal or nearly normal brain function compared to standard treatment.

The devices also proved safe and easy to use. One of the challenges in stroke care is that all treatments for blockages in the brain can result in intracerebral hemorrhage and all treatments for intracerebral hemorrhage can result in blockages and blood clots. In these five trials, the hemorrhage rate “was lower than it had ever been and was no higher than just giving patients IV tPA (intravenous tissue plasminogen activator),” says Abou-Chebl.

Finally, the success rate of opening blockages and re-cannulating the artery was 70–100 percent. This is important for outcomes because, Abou-Chebl says, “The primary theory in all of vascular disease is if you reestablish flow through the blockage and limit the extent of ischemia, you will reduce mortality and increase function.”

The stent retrievers used in the trials are wire mesh tube-shaped stents made of self-expanding material and connected to a wire. They are deployed inside a blockage, immediately permitting the return of blood flow to the brain. The blood clot enmeshes in the stent, which is pulled out within five minutes of deploying. The clot is removed on the first pass of the device over 50 percent of the time.

The benefit of endovascular therapy in these trials was above and beyond any benefit from IV tPA. The new standard of care does not change guidelines for IV tPA treatment. The difference is that physicians no longer wait for the IV tPA to work. If a CTA confirms an occlusion, patients should be taken immediately to the interventional lab for treatment. Abou-Chebl adds that even if a patient does not get IV tPA, they can still be eligible for endovascular treatment.

For now, the published guidelines state that endovascular treatment is indicated for patients presenting within six hours of stroke onset, but Abou-Chebl contends, “To me and many of my colleagues, limiting this treatment to six hours is quite controversial and we don’t agree with that. I have published data that treatment is irrelevant of time if you prove there is brain tissue worth saving. Time is an important guide only if you’re unable to assess if there is brain tissue still at risk.” Data shows 58 percent of patients present outside of six hours.

At Baptist Health Louisville, Abou-Chebl has established a multimodal imaging protocol in collaboration with the neuroradiologists to help garner evidence and evaluate which patients would benefit from treatment regardless of time. Baptist Health Louisville is also a Joint Commission certified primary stroke center experienced in endovascular therapy.

While the standard has changed, Abou-Chebl cautions that many physicians and centers are not trained in the technique. Until the training becomes more prolific, he advises that smaller centers need to refer patients to larger centers with endovascular capabilities for patients who qualify.

The overall message for Kentucky and the nation is one of hope. “For a long time, people diagnosed with stroke and their families were told there was nothing that could be done. That’s no longer the case. We have so many effective treatments and preventive measures. There is something that can be done for most patients,” he says.

“The majority of stroke work is in the prevention of stroke,” says Alex Abou-Chebl, MD, interventional neurologist with Baptist Neuroscience Associates. One common cause of large vessel stroke, particularly in the elderly, is atrial fibrillation. Several new treatments are decreasing the risk of stroke from atrial fibrillation.

New, safer anti-coagulants, or blood thinners, are on the market for atrial fibrillation treatment. However another new device is improving treatment for patients who cannot tolerate anti-coagulants. The FDA-approved WATCHMAN™ Left Atrial Appendage Closure Device is used endovascularly to exclude the left atrial appendage, where clots are most likely to form, from the left atrium, decreasing the risk of clots forming. According to Abou-Chebl, only a few centers in the nation are qualified to use the device and the roll out is slow. However, Baptist Health is currently trying to acquire the technology.