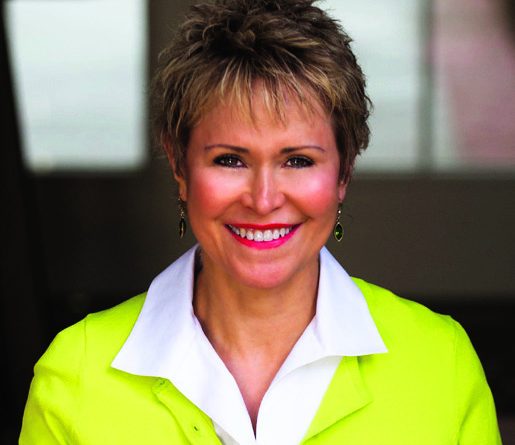 LOUISVILLE Bronnie Ware’s book The Top Five Regrets of the Dying – A Life Transformed by the Dearly Departing is a memoir of her work in palliative care with patients who had gone home to die. “I was with them for the last three to twelve weeks of their lives,” she says. “People grow a lot when they are faced with their own mortality. I learnt never to underestimate someone’s capacity for growth.” Not only did Ware observe how her patients experienced growth as they were dying, she found herself transformed by the experience.

In her conversations with patients about any regrets they had or anything they would do differently, Ware found that five common regrets surfaced again and again.

1. I WISH I’D HAD THE COURAGE TO LIVE A LIFE TRUE TO MYSELF, NOT THE LIFE OTHERS EXPECTED OF ME.

“This was the most common regret of all,” according to Ware. “When you are on your deathbed, what others think of you is a long way from your mind.”

Ware says “All of the men I nursed deeply regretted spending so much of their lives on the treadmill of a work existence. They missed their children‘s youth and their partner‘s companionship.”

3. I WISH I’D HAD THE COURAGE TO EXPRESS MY FEELINGS.

James Pennebaker studied the effect of “keeping it all inside” on one’s mental and physical health and found that confiding in someone could be therapeutic in dealing with stress, difficult emotions, and painful memories. “There’s no greater agony than bearing an untold story inside you,” claims Maya Angelou.

4. I WISH I HAD STAYED IN TOUCH WITH MY FRIENDS.

In 1985, people tended to have about three really close friends, as reported by the General Social Survey. By 2004, that number had dropped to only two close confidants. According to journalist David Brooks, the number of people who say they have no close confidants at all has tripled over that time. “People these days are flocking to conferences, ideas festivals and cruises that are really about building friendships, even if they don’t admit it explicitly.”

5. I WISH THAT I HAD LET MYSELF BE HAPPIER.

This is a surprisingly common one, according to Ware. “Many did not realise until the end that happiness is a choice. Fear of change had them pretending to others, and to themselves, that they were content,” she observed.

When someone like Michael J. Fox says “Happiness is a decision,” we get the idea that he is talking about a way of life, not a temporary emotional state. As sociologist Christine Carter puts it: Happiness is best thought of as a skill.” This is not a Pollyanna perspective about happiness; we develop this skill every time we respond with resilience to life’s inevitable challenges and difficulties.

Gretchen Rubin is an expert on choosing happiness. Rubin, who received her undergraduate and law degrees from Yale University, was editor-in-chief of the Yale Law Journal and clerked on the U.S. Supreme Court for Justice Sandra Day-O’Connor. She is author of the best-selling The Happiness Project: Or Why I Spent a Year Trying to Sing in the Morning Clean My Closets, Fight Right, Read Aristotle, and Generally Have More Fun and creator of the popular blog The Happiness Project where she writes about her adventures as she test-drives studies and theories about how to be happier.

“One of my Secrets of Adulthood is: What I do every day matters more than what I do once in a while,” Gretchen observed in a recent blog called Scheduling Happiness. “In thinking about happiness, it’s easy to focus on exceptional events — the significant good or bad things that happen to me. However, I’ve realized that my ordinary, run-of-the-mill routine also has a huge influence on my happiness.” Recent research supports Rubin’s claim.

Begin with the End in Mind

As I reflect on the regrets of the dying, it’s really no wonder they (and we) lose sight of what really matters. “Most of us spend too much time on what is urgent and not enough time on what is important” observed Stephen Covey, who will be remembered most as the author of The Seven Habits of Highly Effective People. Covey proposed a backward design approach to life called begin with the end in mind. He suggested “The key is not to prioritize what’s on your schedule, but to schedule your priorities…You have to decide what your highest priorities are and have the courage—pleasantly, smilingly, non-apologetically— to say ‘no’ to other things. And the way you do that is by having a bigger ‘yes’ burning inside. The enemy of the ‘best’ is often the ‘good.’”

Stephen Covey, an avid cycler, died in 2014 at the age of 79 from complications from a cycling accident. Even though he was wearing a helmet, he was knocked unconscious when he lost control of his bike on a steep road in the hills of Provo, Utah. One of his famous sayings is “The main thing is to keep the main thing the main thing.” In his final hours, the father of nine was surrounded by his wife Sandra, each of his children and their spouses, “just as he always wanted,” the family said.