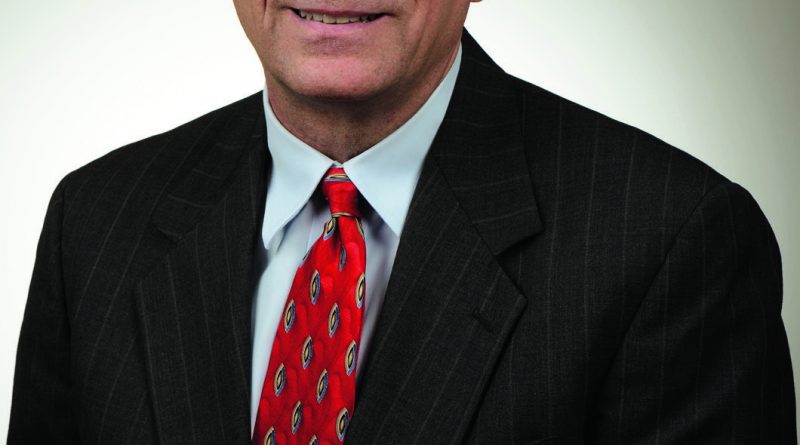 LOUISVILLE As the face of medicine changes, so too does the culture of collaboration. No one physician, practice, or medical center can do it all, so organizations are partnering together to reach more patients with more services. One such partnership is that of Norton Healthcare and UK HealthCare.

The partnership began several years ago with physicians migrating between the two systems to fill clinical voids in the state. From that, the collaboration extended to research opportunities. Stephen W. Wyatt, DMD, MPH, who holds dual positions as vice president for research at Norton Healthcare and senior associate director for the Clinical and Translational Science Center at the University of Kentucky (UK), is a living example of this collaboration.

A native Kentuckian and UK alum, Wyatt spent most of his career at the Centers for Disease Control and Prevention (CDC) in Atlanta, Ga. “I’m a dentist by clinical training with a master’s in public health with a cancer and epidemiology focus,” says Wyatt. In 1998, UK recruited him back home to the Markey Cancer Center, where he also became the founding dean of the UK College of Public Health.

Norton began recruiting Wyatt in 2013, and the birth of his first grandchild in Louisville in 2014 helped tip the scales. He describes his position as “a bridge between Norton Healthcare and UK HealthCare.” As such, he splits his time between Louisville and Lexington.

Wyatt says he was surprised by the breadth of Norton Healthcare’s research program. “At any point in time, there are 750+ clinical studies ongoing at Norton. For a large community hospital system, it has a surprisingly robust research program and a great research infrastructure,” he says.

Cancer studies make up the largest part of the Norton research portfolio, with 120 trials currently underway, including pediatric oncology studies through Kosair Children’s Hospital. Norton also brings a large volume of cancer patients to the partnership. “Norton has about 4,000 new cases of cancer each year, which is larger than the UK Markey Cancer Center, which sees about 3,000 new cases,” says Wyatt.

While many of Norton’s cancer studies are industry-sponsored, UK’s Markey Cancer Center is a National Cancer Institute-designated Comprehensive Cancer Center, providing enhanced access to national government-sponsored trials and the data support and analysis of an academic medical center.

Geographically, the collaboration means physicians in cities like Owensboro may be able to refer patients to Louisville rather than Indianapolis or Nashville. “Over time, this should open up a pipeline of studies to the Louisville area that makes a difference for physicians and patients in the more western and southern parts of the state,” says Wyatt.

Flynn, a medical oncologist specializing in blood cancers, is coming to Norton from The Ohio State University, where he worked for the past eight years. Before that, he served in the Army.

Flynn was attracted to Norton Cancer Institute because of the organization’s reputation for excellent care and the passion for quality he found while getting to know the people there. “Personally, I believe the way to have excellent health care is that every role in the organization needs to be valued, and every person needs to be valued. By bringing that cult of personality and helping everyone to understand our goal together is to bring transformative care to the region, that’s going to not only change care but bring a higher level of expertise in treating patients,” he says.

With a background in translational research, Flynn believes Norton’s high volume of cancer patients makes it a prime location for research opportunities. “Eighty percent of cancer care in our country still occurs in local settings, so being able to bring novel therapies and exciting translational research to patients in Kentucky and Southern Indiana is going to change the complexion of cancer care in that region,” says Flynn.

Of the partnership between Norton and UK he says, “Each organization brings unique skill sets and unique opportunities, and I think they augment each other in ways that are mutually beneficial. Really, the patients are the ones that win ultimately.”