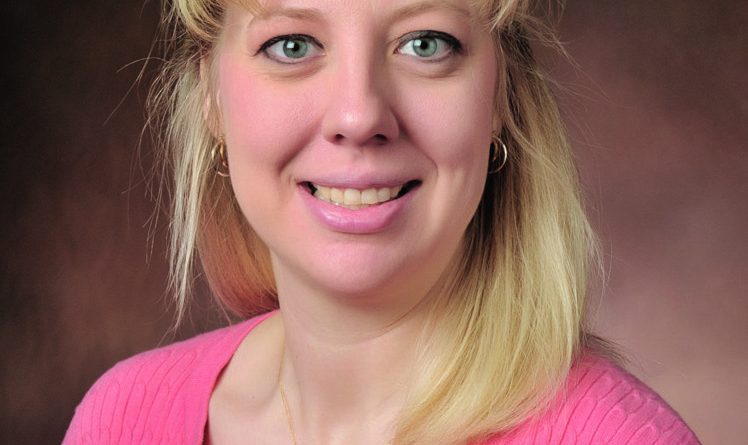 NEW ALBANY, in With one in eight women having a chance of developing breast cancer in their lifetime, Floyd Memorial Hospital and Health Services in southern Indiana knew it was time to step up their game.

This past August, the hospital installed a 3D mammography unit in their Women’s Imaging Center. Already a leading Breast Cancer Center in the region, Floyd Memorial is accredited by the National Accreditation Program for Breast Centers (NAPBC), which is administered through the American College of Surgeons, and is a Breast Center of Excellence through the American College of Radiology. The center has obtained ACR guidelines in mammography, stereotactic breast biopsy, and breast ultrasound. Offering 3D Mammography was the next step in innovation that will continue to put the hospital on the forefront of technology in their community.

“Three-dimensional mammography has actually been out for a few years, but it was thought to only be useful for women who have very dense breast tissue,” states Leis. “Recently The Mayo Clinic published a journal article focusing on a large multi-year tomography study that found 3D mammography to be beneficial not only for women with dense breasts, but normal breast tissue as well. That study, combined with the fact that the Centers for Medicare & Medicaid Services (CMS) put a CPT code on tomography, was exactly what we needed to make the leap into 3D imaging.”

Leis adds that Medicare is the only insurance provider currently paying for 3D mammography but is sure that others will follow suit, especially since it’s offering results like never before.

“We offer all our patients the 3D mammography option, billing their insurance the price of the 2D mammogram and only charging $60 for the additional portion of the study. It’s a small price to pay for peace of mind,” adds Leis.

As Leis mentioned, the 3D mammogram technology was first thought to only be suitable for women with very dense breast tissue. Brian Worm, MD, a board-certified radiologist with Radiology Associates, Inc. in southern Indiana, explained the classifications of breast density and why the 3D mammogram unit will soon be the gold standard in mammography.

“Three-dimensional mammography makes a really big difference in patients that have dense breast tissue. We characterize breast density in a classification system of four categories: fatty breasts, scattered fibro-glandular densities, heterogeneously dense, and extremely dense,” states Worm. “Three-dimensional mammography is very beneficial for those with heterogeneously dense and extremely dense breast tissue. Fifty percent and above will show tissue density, which appears as white images on the study. Cancer also shows up as white spots, so it’s hard to tell the difference with 2D technology.”

A 2D mammogram takes a 3D object, the breast, and creates a 2D picture out of four scanned images. The breast tissue imagery is superimposed one on top of the other. Three-dimensional mammography takes the four 2D scanned images and an additional four 3D images to reconstruct one-millimeter pictures of the breast, so each individual image can be studied and reviewed, much like a CT scan or MRI.

“We tell our patients that 2D imaging is like viewing an entire book in one picture,” states Leis. “The front, the back cover, and all the pages of that book are overlapping – all in one image. What 3D allows the radiologist to do is to open that book and view page-by-page. It takes these slices and allows them to see the breast slice-by-slice, so what may have looked like an overlapping density before, now opens up and shows the ebb and flow of the breast tissue, revealing the really small breast cancers and finding those invasive tumors a lot sooner.”

Floyd Memorial sees it as an extra tool in their technology tool belt. For women that either have dense breasts, a strong family history of breast cancer, or those women that are constantly called back because of abnormalities, 3D mammography is a great option.

And the results are already speaking for themselves. Fewer patients are being called back for follow up and cancers are being caught earlier than normal.

“When you see a patient with a 2D mammogram, which has images that have been superimposed upon one another, you might think you see a mass, or what we call an architectural distortion, and we may call them back because we think it’s abnormal. But most of the time it ends up being nothing,” states Worm. “In patients that get 3D mammograms, we can actually figure that out beforehand because we’re looking at all these one-millimeter slices of the breast. The call back rate is considerably lower.”

And Worm has already caught two cases of breast cancer that were not visible on the 2D mammogram.

“At Floyd, we currently take a 2D picture and also a 3D picture. We’re getting both pictures. The patient is actually still getting a 2D mammogram. 2D mammography is still very good for looking at calcifications in the breast that can also be precancerous. I would never have called the two cases back for additional views if it were not for the 3D mammogram. Both of those came back as documented, biopsy-proven cancers,” he says.

And because of a generous grant given to Floyd Memorial by the Floyd Memorial Foundation, an upright stereotactic-guided core 3D biopsy unit will be added to the 3D mammography unit in October. Upright biopsies are more comfortable and take less time, but most importantly can give an accurate diagnosis right at the moment the abnormality is found, lessening patient anxiety and improving detection outcomes.

The translation? A future with less cancer, and that’s something we can all get behind.

2D imaging is like viewing an entire book in one picture -the front, the back cover, and all the pages overlapping. 3D mammography allows the radiologist to open that book and view page-by-page … revealing really small breast cancers and finding invasive tumors a lot sooner.