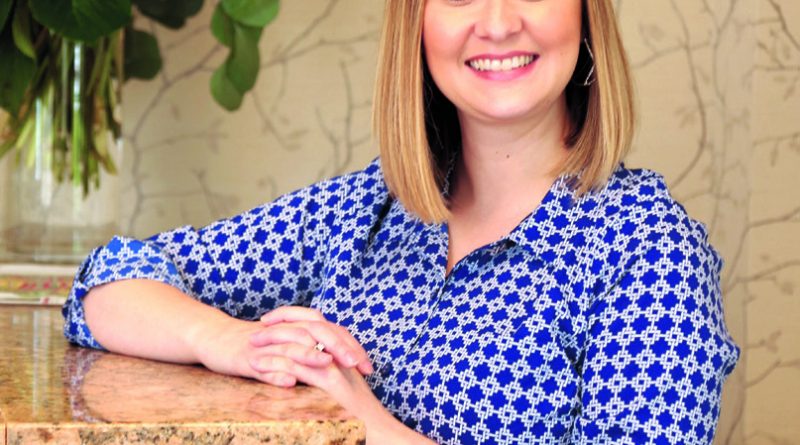 PROSPECT “Two roads diverged in a wood, and I, I took the one less traveled by, And that has made all the difference.” Who among us didn’t memorize these iconic lines from Robert Frost’s poem “The Road Not Taken” at some point in school? Today in healthcare there is no yellow-brick road, no golden ticket, no one path to success, and there are certainly more than two ways to build an effective practice.

To that end, Tami B. Cassis, MD, FAAD, dermatologist and owner of Cassis Dermatology & Aesthetics, has had to follow several paths less traveled and at times forge her own. Eight years ago, Cassis opened her solo practice in Prospect, Ky., which at the time had relatively few medical practices. This fall, she is welcoming her fourth and fifth provider to an office that is 100 percent female-owned and operated, and she will be opening a second location in an area of town that has been vacated by many dermatology practices.

In 2010, Cassis was appointed to the Kentucky Board of Medical Licensure Physician Assistants (PA) Board. She had no exposure to PAs and frankly thought she was the wrong person for the job. But she persevered and gained an understanding of how PAs can fit into the practice model. She describes the timing as “the perfect storm,” saying, “I had come to the point in my practice where I was saturated. I had a year-plus waiting list.” Cassis was seeing 50 to 60 patients a day and was also preparing to implement electronic medical records (EMR), a process she knew would slow her down. “I knew something had to give. I really felt that a PA would be a great addition,” she says.

Louisville in general has been slow to follow the physician extender trend, particularly where PAs are concerned. “I didn’t have a model to follow,” says Cassis. “I did what made sense to me. Whether I was right or wrong, I was going to go for it.”

In 2012, Cassis got a fortuitous letter from PA student Heather Hill, who was looking to do her elective rotation in dermatology. After the five-week rotation, Cassis hired Hill as her first PA. Hill quickly became busy and a year and a half later, Cassis brought on a second PA, Katie Bickel. With the three working full-time, they were soon running out of clinic space.

“I decided at that point to completely build out the other side of the building,” says Cassis of her office space in the Norton Commons development off Chamberlain Lane. The expansion opened in March 2014, doubling the square footage of the practice to 7,500 square feet.

With more space, came more opportunity. “It allowed us to expand even faster than I thought,” says Cassis. The practice provides a full range of medical, surgical, and cosmetic services, including: CoolSculpting® to freeze fat, Endermologie for cellulite reduction, Botox, fillers, facials, laser hair removal, non-ablative laser skin resurfacing, and laser treatment of leg veins. The expansion has allowed the practice to grow to three estheticians and add a dedicated organic spray tan room. Acknowledging she got strange looks from her male architect, contractor, and designer when she insisted on the spray tan room, she says, “I felt like if I couldn’t beat them, I’d have to give them an alternative. If people still want a tan, I’d do it the safe natural way.”

The addition of two PAs gave Cassis the ability to expand medical services as well, to include photodynamic therapy (PDT) and patch testing.

In Cassis’ model, physician extenders only care for medical dermatology patients. The PAs have taken on most of the acute dermatology patients, allowing Cassis to focus on her passion for skin cancer prevention and treatment, as well as cosmetic treatments. “I take cosmetics very seriously, and I feel like I did above and beyond training to do that. I wasn’t bringing on extenders just to dump off Botox to make money. I was bringing on extenders to provide patient services, get people in at a much faster rate, and take quality care of them, and it worked,” she says.

Both Heather Hill, PA-C, and Katie Bickel, PA-C, bought into her philosophy and bring a well-rounded internal medicine background to the practice.

After obtaining her BS in Chemistry at the University of Louisville, Hill spent five years working as an ophthalmology technician, before deciding to attend PA school. She received a Master’s of Science degree in Physician Assistant Studies from South University in Savannah, Ga.

For the first three months on the job, Hill shadowed Cassis. “So I saw how she did her skin checks, how she did her biopsies, how she’d treat certain rashes. When I started seeing patients on my own, I mimicked that,” she says.

Hill also says the broad education PA training provides is advantageous in her daily practice. “You have to know about [patients’] medicines and know what puts them at risk for their skin,” she says.

Hill’s practice favors acute dermatology, and she estimates her patient population is 10 percent children, 40 percent teens, and 50 percent adults. Cassis says both her PAs are excellent with children and have allowed her practice to grow that patient population.

Bickel was interested in dermatology from a young age. Pre-med at Wake Forest University, Bickel intended to go to medical school but instead decided to follow the advice of mid-levels providers she encountered while shadowing who recommended the PA path because the lifestyle allowed you to be a medical provider and have a family.

Coming from school in North Carolina, which Bickel describes as “a very PA-friendly state,” she has seen the contrast in Kentucky. However, she says attitudes and acceptance have already changed for the better in the three years she’s been practicing her. “I have no regrets. I’m thrilled with the way the profession is going,” she says.

Bickel attended PA school at the University of Kentucky and worked as a nursing assistant in a dermatology office through school. She worked a year in internal medicine before joining Cassis Dermatology at the end of 2013. “The skin reflects everything that’s going on in the entire body. Having the understanding of internal medicine and getting to do that for whole year really helps me understand skin processes and the patient as a whole,” says Bickel.

Bickel sees 30 patients a day and estimates her practice is about one-third full body screenings and the rest acute dermatology.

A key aspect of Cassis’ formula is promoting from within. Laura Stothard, RN, became the chief operating officer (COO) of Cassis Dermatology in March 2015, but she didn’t start there. Stothard joined the practice seven years ago at the front desk. When she decided to attend nursing school, Cassis accommodated her schedule. Stothard says, “I feel like it helps you in this position (COO) when you know how to do the other positions.” Stothard still works in the clinic as a nurse but as COO also handles scheduling, marketing, credentialing, the opening of the new office, and hiring.

Sydney Newton, APRN, who will join the practice in October, was Cassis’ first nurse out of residency. “Sydney’s been with me since I started, so she’s really trained dermatology-wise above and beyond,” says Cassis. Newton will function just like the PAs in Cassis’ office seeing medical dermatology patients.

Andrea S. Burch, MD, FAAD, will join Cassis Dermatology in September as its second physician. She and Cassis went to medical school together. Burch also has her own dermatopathology business.

The practice’s philosophy is simple. “It’s always about patient care. We are focused on making sure patients have a good experience from the time they call in to schedule to the time they walk out the door, and everything in between,” says Stothard. For Cassis Dermatology, the “team” is not just the medical providers but everyone from the front desk on up. “We have excellent providers, a great front office staff, and nurses who go above and beyond,” says Stothard.

Cassis says she never sat out to create an all-female practice environment. It just happened organically. “We have a great practice. Our dynamic just works. We have about 25 women and we all get along and we all support each other. It’s an environment of trying to bring everybody else up,” says Bickel.

The practice’s second location is set to open in October at Norton Audubon Hospital with Newton there two days a week. The area once plush with providers is now slightly underserved as dermatologists have flocked to Louisville’s east end over the last several years. “We’re going to take it slow, and see how it evolves,” says Cassis. “It’s all about patient access.”

Today the practice is seeing 425–450 patients a week with three providers and expects that number to grow with the start of Burch and Newton. “Now we have patient access for anything,” says Cassis. “I love that. I really feel like I’m doing the right thing.”

As Frost wrote, the path less traveled has made all the difference. 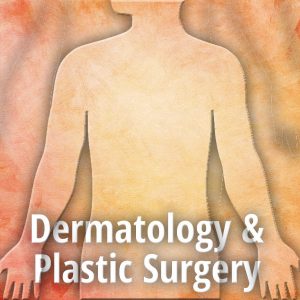