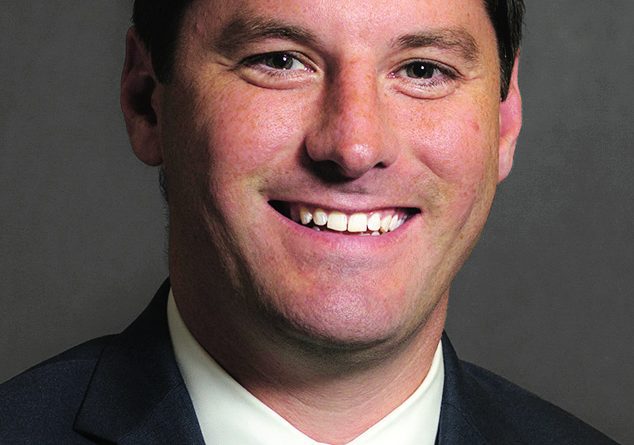 LOUISVILLE In many internal medicine-based specialty practices today, providers seem to follow one of two approaches: either the generalist, who sees anything and everything, or the subspecialist, who finds a niche and perfects treatment in that area. But Baptist Health Medical Group Gastroenterology has managed to straddle the line between generalist and subspecialist. Of its six physicians, all of them treat general gastroenterology and hepatology patients, but its two newest providers, Mitchell Kaplan, MD, and Brian Beauerle, MD, also subspecialize, having pursued additional training in specific techniques.

ERCP – An Exponential Increase in Accuracy

Mitchell Kaplan, MD, spent nine years practicing gastroenterology in New York until 9/11/2001, where his commute to work from New Jersey became impossible. He came to Louisville with the help of headhunters and has been practicing in Kentucky for 13 years now, the last two with Baptist Baptist Health Medical Group Gastroenterology.

Kaplan’s specialty is endoscopic retrograde cholangiopancreatography (ERCP), a technique that traditionally combines upper gastrointestinal (GI) endoscopy with x-ray to diagnose and treat problems of the bile ducts and pancreas. “When I started training in 1992, most of the scopes we used were fiber-optic, basically glass fiber cables that ran through the scope and allowed you to look through a lens on one end and see an image out the other side,” says Kaplan, who describes the images as dotted, like old Impressionist paintings. “It was very fragile, very thin, and very limited imaging.”

However, Baptist Health Louisville is the only hospital in the region that has acquired a limited release of Boston Scientific’s new SpyGlass™ DS Direct Visualization System. “We are one of 20 centers in the nation that got in on a new therapeutic update that isn’t available for another year. It’s kind of a scope within a scope system. It allows us to see inside the liver ducts with the camera itself instead of using x-ray, which we use for typical ERCP,” says Kaplan.

X-ray imaging limits the efficacy of traditional ERCP because it provides two-dimensional images of three-dimensional structures, as evidenced by an accuracy rate of only 20–30 percent.

The latest incarnation is digital. “You have a computer chip now on the end of a soft plastic scope that can actually be passed through a regular scope to look up into the liver duct with crystal clear, large imaging. It allows us to remove much bigger stones,” he says. It can also be used to biopsy abnormal tissues and evaluate strictures.

Advanced imaging translates to more efficient diagnosis and treatment. “Now, because we can actually see inside the liver while we’re doing it, we can direct the biopsy to the growth. Now it’s closer to 95 percent accurate,” says Kaplan.

Another endoscopic technology Kaplan utilizes is the Barrx™ RF Ablation System (formerly known as HALO) to remove precancerous tissue in reflux patients with Barrett’s esophagus. “Previous to this technology, we did upper endoscopies every two years in these patients, and any microscopic cancer seen on biopsy would require the removal of the diseased esophagus. Now we destroy the abnormal tissue preventing the cancer from forming,” he says.

Brian Beauerle, MD, is the newest addition to Baptist Health Medical Group Gastroenterology. Fresh out of a three-year gastroenterology fellowship at the University of Louisville (UofL), Beauerle joined the practice at the beginning of August 2015.

A Louisville native who attended Louisville Male High School, Bellarmine University, and UofL, Beauerle’s path to gastroenterology took a fortuitous detour at the end of his chief residency year at UofL when his wife took a two-year secondment in the United Kingdom for Yum! Brands. The couple packed up their two children and moved to Richmond, London.

At the time, Beauerle was trying to decide between internal medicine and becoming a hospitalist. He worked briefly with the National Health Service (NHS) before accepting a gastroenterology position at the Royal Surrey County Hospital in Guildford, England. “I developed a passion for what I was doing and wanted to come back to the US and do it,” says Beauerle. “It was a great experience working over there and working in the socialized healthcare system, just getting a different perspective for medicine.”

Back in Louisville, Beauerle spent the third year of his fellowship training in endoscopic ultrasound (EUS). Part of the draw of practicing with Baptist Health Medical Group Gastroenterology was the opportunity to start an EUS program. Baptist Health Louisville recently acquired the equipment and did its first case in mid-August.

Pancreatic masses may be the most common referral for EUS. Cancer staging is another indication. While not good at assessing metastatic disease, it is good at evaluating tumor depth and local and regional lymph nodes. “We are able to see the depth of invasion into the wall layers of the esophagus or the stomach or vascular invasion if we’re looking at a pancreatic mass,” he says. EUS is also used to diagnose chronic pancreatitis in patients with chronic abdominal pain.

A Virus with a Cure

Both physicians agree the hottest topic in GI right now is the revolution in oral medications for hepatitis C over the last year. According to Kaplan, “I finished training in 1994. When I started, the chance of curing hepatitis C was less than 20 percent.” Beauerle adds, “Five years ago we were using a combination of two medications that were relatively toxic to the patient, required almost a year of therapy, and at the end of that year, there was only upwards of a 60 percent chance at best that it cleared the virus.”

Today the course of therapy is as short as eight to 12 weeks in some cases, and efficacy is 90 percent-plus. “A 96–98 percent cure rate is kind of remarkable. It’s one of the only viruses we can actually cure,” concludes Kaplan.