Witness interviews are one of the key tools attorneys use to investigate cases. These are performed “ex parte,” which means that the attorney can meet with the witness without providing notification to any other party involved in the matter. Attorneys use these interviews to learn more about a case’s claims and defenses and to evaluate whether or not it is worth the time and expense to depose the witness. With the adoption of the Health Insurance Portability and Accountability Act of 1996 (HIPAA), Kentucky attorneys have faced uncertainty regarding whether and how to seek ex parte interviews of medical providers. The Kentucky Supreme Court has finally addressed this issue in the decision of Caldwell v. Chauvin, No. 2014-SC-000390-MR (Ky. June 11, 2015) (Caldwell). This article discusses what medical providers need to know about requests for ex parte communications under Caldwell. It is not intended to displace, change, or modify any existing provider procedures for handling requests for ex parte interviews.

The Caldwell plaintiff asserted medical negligence allegations against her surgeon following a discectomy. The defendant surgeon asked the trial court to enter an order that would allow him to conduct ex parte interviews of the plaintiff ’s other medical providers. The plaintiff objected, arguing that the ex parte communications are prohibited by HIPAA, the physician-patient privilege, the American Medical Association’s Code of Medical Ethics, and other Kentucky law. The Kentucky Supreme Court accepted the case to clarify when and under what circumstances courts can authorize ex parte communications with medical providers.

Under the Caldwell decision, medical providers are permitted to engage in ex parte communications with attorneys but cannot disclose any protected health information (PHI) unless certain procedural requirements are satisfied. The Kentucky Supreme Court held that HIPAA does not prohibit ex parte interviews with treating physicians and was not intended to preclude discovery regarding a plaintiffs medical condition when that person’s medical condition is at issue in a lawsuit. But, the Court also held that the HIPAA Privacy Rule imposes certain procedural requirements that must be satisfied before the provider may disclose PHI during those interviews, as HIPAA protects both written and oral PHI, and those requirements are more stringent than the disclosure requirements that apply to subpoenas.

When medical providers receive subpoenas for patient information, HIPAA permits the disclosure of PHI if the medical provider receives certain information. PHI can be disclosed in response to a subpoena (or discovery request) under HIPAA’s “litigation exception” following receipt of satisfactory assurances that (1) the party seeking the records made reasonable, good faith efforts to notify the patient about the request, and the patient did not object within the time given to raise objections, or (2) reasonable efforts were made to secure a protective order that would prohibit PHI from being used or disclosed outside of the litigation and require that the protected health information be returned or destroyed at the conclusion of litigation. 45 C.F.R. § 164.512(e)(1)(ii). Those assurances, however, are not sufficient to permit the disclosure of PHI during an ex parte interview.

Instead, a court order authorizing the disclosure is necessary for the discussion of patient PHI during an ex parte interview. The Caldwell court held that providers can only disclose PHI during ex parte communications “in response to an order of a court or administrative tribunal” under 45 C.F.R. § 164.512(e)(1)(i). For example, the order at issue in Caldwell did not compel the provider to speak with the surgeon’s attorney and did not authorize the disclosure of PHI. Instead, the order stated that court could decide to allow the disclosure of PHI. That language is insufficient to permit the disclosure under HIPAA. Accordingly, a provider should not disclose PHI during an ex parte communication with an attorney without a HIPAA-compliant authorization or a court order that expressly authorizes the disclosure of that PHI.

Moreover, any ex parte disclosures should conform to all terms of the order and be limited to the PHI authorized by the order to be disclosed. For example, if an order authorizes the disclosure of PHI relating to a treatment provided for a patient in 2014, the medical provider cannot disclose information from 2015. As such, is important that any order authorizing the disclosure of PHI during an ex parte communication be reviewed carefully.

It is important to note that providers are not required to participate in ex parte communications; compliance with the Caldwell procedure only permits the disclosure. Even if a provider receives an order authorizing the disclosure of PHI, he or she may decide that other laws or ethical duties prohibit the disclosure of certain information. Indeed, the Caldwell court held that ex parte communications with providers regarding treatment are not prohibited by HIPAA, any physician-patient privilege or other Kentucky case law. But, it also noted that the Kentucky Board of Medical Licensure has adopted the AMA Code of Medical Ethics, which imposes an ethical duty regarding confidential communications that “may restrain the physician’s willingness to agree to such an interview.” Additionally, there is authority indicating that physicians should not disclose confidential communications from patients during an ex parte interview regarding that patient’s medical records, pursuant to KRS 311.595(16). A full discussion of confidential communications is outside of the scope of this article, but nothing in Caldwell states that providers must participate in ex parte interviews. Finally, most attorneys are willing to compensate providers for their time spent on an ex parte interview.

Due to this recent clarification in Kentucky law, medical providers may be faced with more requests for ex parte communication. Those requests need not be rejected out of hand but should be addressed in light of the language of the court order regarding the communication, the provider’s existing HIPAA policies, discussions with risk management and – in some cases – counsel, and the provider’s good judgment.

PROVIDERS ARE NOT REQUIRED TO PARTICIPATE IN EX PARTE COMMUNICATIONS

Jamie Wilhite Dittert is an attorney at Sturgill, Turner, Barker & Moloney, PLLC, where she devotes a large portion of her practice to healthcare law and medical malpractice defense. She can be reached at (859) 255-8581 and jdittert@sturgillturner.com. This article is intended as a summary of state law and does not constitute legal advice. 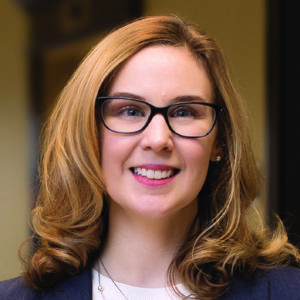