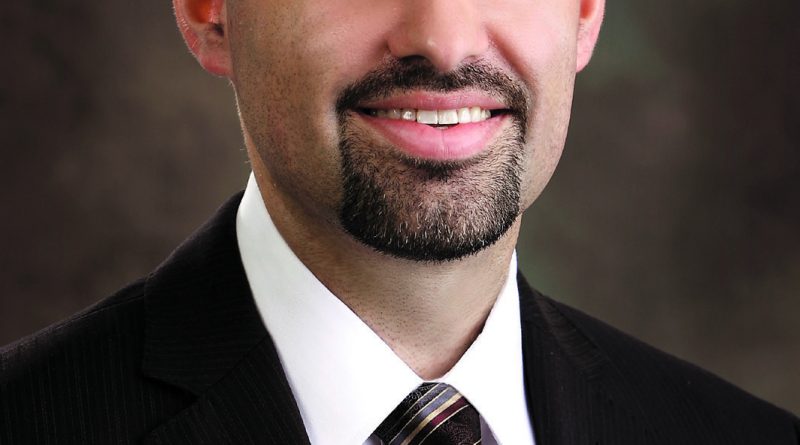 OWENSBORO Watch any block of commercials these days and you’ll recognize a common theme – fitness, activity, movement, healthy lifestyles. Reality shows are centered on survival techniques, extreme obstacle courses, sports, and dance and fitness competitions. Weekends are now filled with races, walks, mud runs, glow runs, mini marathons, triathlons, and more. Everyone is, in a sense, an athlete. And that, says Mark McGinnis, MD, is one of the hurdles being in sports medicine presents.

“My specialty is anything that falls under the category of sports medicine, but that doesn’t mean that you have to be an athlete to be seen by me,” says McGinnis, an orthopedic surgeon at One Health Orthopedics, a part of Owensboro Health. “The term ‘sports medicine’ is kind of misleading. It’s just the type of surgery that you do and typically is referring to arthroscopic surgery. A patient may be a 50-year-old with a rotator cuff tear, but if I repair the tear arthroscopically then this could still be considered a ‘sports medicine’ case.”

McGinnis, who is originally from eastern Kentucky, did his sports fellowship at Washington University in St. Louis. He has now been at One Health Orthopedics for two years, working with two other orthopedic surgeons in the practice, Reid Wilson, MD, and Anthony McBride, MD.

McGinnis began to develop an interest in orthopedics during his first year of medical school at the University of Louisville. There, he met a spine surgeon named Mitch Campbell, MD, whom McGinnis credits with teaching him what orthopedics is all about and piquing his interest in the field. That, combined with the opportunity to see virtually instant results, was enough to launch his career. “Orthopedists in general enjoy fixing things,” McGinnis says. “For a lot of things we do there’s a sense of immediate gratification. If there’s a very bad joint with arthritis, we can replace it, and the arthritis is gone … That’s rewarding.”

Part of that “fix it” mentality is the desire to see people return to the level of fitness and activity that they enjoyed prior to their injury. He estimates that roughly 60 to 70 percent of his practice involves arthroscopy, and 30 to 40 percent relates to treating fractures, broken bones, or joint replacements. “With the arthroscopy I do, those patients are typically in their 30s or 40s,” McGinnis says. “They are reasonably active, and that’s what we’re trying to restore. The other spectrum I see are older patients – 60 and above – that have arthritis. For those patients we are typically looking at knee replacement, hip replacement, or shoulder replacement.”

McGinnis also sees school-age athletes. In fact, One Health Orthopedics employs a team of trainers who work at the local schools, assisting with their sports teams. That has developed a strong relationship between the clinic and the schools and provides a seamless means to care for younger athletes. “For instance, this morning one of the trainers at one of the high schools texted me and said he had a kid he wanted me to see,” McGinnis says. “Our answer to those requests is always, ‘send them on over.’ We have a built-in relationship that directs many of those patients to our care.”

Other referral sources for One Health Orthopedics come from primary care physicians and the Owensboro Health emergency room.

Creating a successful practice with a patient population steadily flowing in from a variety of referral points, One Health Orthopedics is helping to accommodate the demand by adding a primary care sports medicine doctor and a fourth orthopedist within the next year. In addition, they work closely with a physical therapy office also run by One Health just down the hall and outpatient physical therapy services through the hospital.

The result is a mix of resources and access that greatly benefits the patient. “We have a large network of providers and contact points, from primary care doctors employed by the hospital to ones that we know in the community, to the athletic trainers we employ to provide services to the area schools,” McGinnis says. “I think that gives us a cohesiveness that I would consider unique.”

Nowhere is that cohesiveness more evident than between McGinnis and his partners. “We’re willing to cover calls for each other or help out with difficult surgeries,” McGinnis says. “We all have open doors for our offices and operating rooms. That’s different compared to some other practices I’ve been around.”

A common theme among those in the practice is listening to the patient and finding out what they want and expect out of their treatment. At times that might conflict with the “fix it” mentality, but McGinnis stresses that serving the patient is the first priority. “In some ways, being patient-centered is moving us more and more away from the traditional practice of medicine, but listening to the patient and providing a service that they are wanting is really important,” McGinnis says. “Even though I’m a surgeon, the goal is to avoid surgery if you can get them back to a level that they are satisfied with. It’s a win if you can avoid surgery altogether.

“I’m a big advocate of just listening to the patient. The vast majority of the time they will tell you pretty much everything you need to know if you’ll just let them talk for a while.”