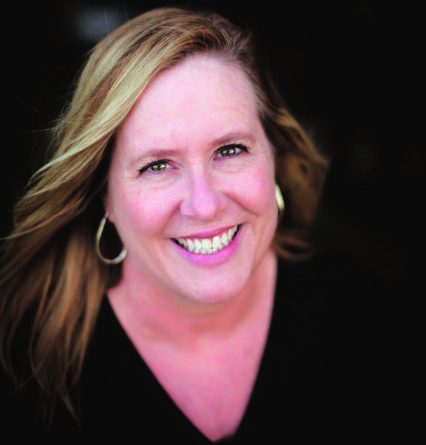 LOUISVILLE When people think about the Hippocratic Oath, “first, do no harm” is what comes to mind, though the phrase is not found there. One provision of the Oath that is often forgotten is the promise to honor one’s mentors. One of mine was Dr. Dale M. Roberts, a Louisville plastic surgeon who closed his solo private practice in June to wind down his career as an academic cleft lip and palate surgeon in Iowa City.

For Dale, surgical training was not a means to an end, but an end itself. These days, one can get a degree in dentistry and medicine in a combined program, and one can become a plastic surgeon in an “integrated” residency. Dale took no short cuts, first becoming an oral surgeon via dental school, then going to medical school. He completed residencies in otolaryngology and plastic surgery, and he did a craniofacial fellowship in Paris with the father of that field, Dr. Paul Tessier. Such training is now almost impossible in an era of crushing debt incurred by aspiring doctors.

After finishing a pediatric urology fellowship at Duke University, I entered the plastic surgery residency at the University of Louisville in 1995. My urology mentors told me I was taking a step backwards, and changing diabetic foot dressings at night seemed confirmatory. But watching Dale surgically dismantle a face made it feel more like a giant step sideways into a new world of complex problem solving, something I had craved.

The care urologists provide is often very private, and most patients can be helped. Successes are a source of secret, solemn pride, and sometimes only two people are aware that something great has been accomplished.

Plastic surgery can be different. The results are often right there for everyone to see. In some cases, that is entirely the point. I remember being in downtown Louisville and noticing a particularly attractive young woman. It took a few extra glances to realize she was a patient who, until recently, had possessed a disastrous nose, which I had helped Dale fix.

Working with Dale was always fun and educational. I still remember his quiet dignity, his stamina, his commitment to excellence, and his consummate artistry and skill. He received our program’s teaching award my first year in Louisville.

In his book Mastery, the philosopher Robert Greene advises the student to submit to the ideal apprenticeship, which occurs in three modes: deep observation, skills acquisition, and experimentation, and to choose a mentor according to his particular needs and inclinations. Once the master is selected, the student must gaze deeply into the master’s mirror and transfigure his ideas.

I perceived in my urology training a limited understanding of soft tissues, and I had come to Louisville to become a better reconstructive genital surgeon, to transfigure the ideas of plastic surgery. As I expected, I learned there are principles in nasal surgery that can be applied to other solitary, midline structures, particularly when you are learning from a master.

In reflecting on Dale’s move, I cannot but think about the transformation of medicine. Louisville medicine in the 1990s was passionate, energetic, and entrepreneurial. It was at the forefront of reconstructive surgery, particularly hand and microsurgery. It was a world where hospitals catered to doctors and doctors catered to patients, as it should be.

That world is ending, and, in my view, the patients will eventually suffer for it. These days, hospitals employ doctors and advertise for patients. Physicians have been commoditized. Patients, long used to excellence in patient care and completely disconnected from paying for it, have little sense of physician value. They have come to believe a provider is a provider, and we have let them. If a hospital needs a certain type of doctor, they simply hire one. Young physicians, having given up their freedom by incurring debt, have little choice, especially given the cost and complexity of starting a practice.

This new world is straining the 2500-year-old Hippocratic Oath. We are bound by that Oath to work for the sake of our patients. What will they now think of our divided loyalties? Will they trust us to prescribe the more expensive yet more efficacious drug against our employer’s wishes? Will they perceive our bonuses are fattened by withholding care? Will they trust the care and privacy we have guarded for centuries when the focus of our attention is not their minds and their bodies, but a computer screen? Does anyone using an EMR really believe that patient privacy still exists?

It is in this world that I decided to expand my pediatric urology practice. Last year, after 14 years in Lexington, I opened an office in downtown Louisville, the city of my birth. Back in the operating room at Kosair Children’s Hospital, the Chief of Anesthesiology, Dr. Steve Auden, said, “Welcome home.” I was deeply touched.

Feeling embraced by the pediatric community, my partner, Ann Muth, APRN and I have opened a new, larger office in the Medical Arts Building on Eastern Parkway. It is an older building with the faint smell of camphor, the smell of Hippocratic medicine. My new prized possession is the surgical table Dale gave me when he left town.

Bon voyage, Dale, and best of luck. I will do my best to use that table to honor your teaching, your mastery, and our tradition.