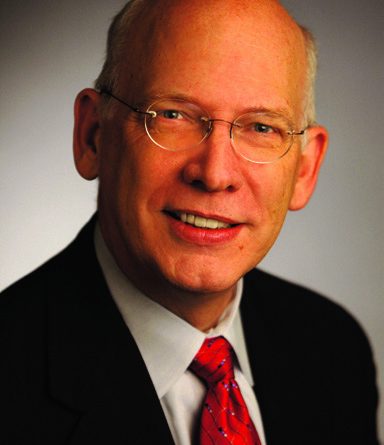 We begin with a brief economics lesson and then move to how it affects investors. During periods of slow economic growth the Federal Reserve Bank usually lowers interest rates by reducing the rate it charges its member banks for loans (the Fed Funds rate). In theory at least, lower rates then trickle down to the other types of loans, such as mortgages and corporate debt. This rate reduction, known in economic circles as conventional monetary policy, is designed to foster growth because it is hoped that people and corporations will borrow and spend.

In the wake of the financial crisis of 2008, the Fed actually adopted what has become known as a zero-interest rate policy (ZIRP, for short) and set a range for the Fed funds rate of 0.00 percent to 0.25 percent. The efficacy of ZIRP has been widely and vigorously debated. Arguably, ZIRP did not result in the robust growth that the central bank had hoped for, and they had to turn to non-conventional policy, e.g. quantitative easing. That money has flowed into and driven up the prices of financial assets rather than spurring growth in the general economy because consumers and companies just aren’t borrowing and spending like they did in the go-go years of the ‘90s. By the way, the Nestle Corporation recently issued bonds with negative interest rates. Yes, investors became content to pay the company to hold their money. As far as we know this is unprecedented. We will write more about this later.

As you may be painfully aware, in the face of ZIRP, it is not uncommon to find money market rates at 0.10 percent or lower and five-year CDs that pay less than 2.0 percent. With the rise in the stock market, coupled with ZIRP, the temptation then is 1) to chase yield by investing in more risky assets, or 2) to invest ALL of one’s cash into stocks or real assets. Most investors and many advisors maintain just such a portfolio fully invested in an asset allocation completely devoid of cash or cash equivalents. We refer to this as a buy-hold-and-rebalance strategy. To invest in this way gives up the unique property of optionality.

Nassim Taleb, author of best sellers The Black Swan and Antifragile, is frequently quoted in financial circles: “Optionaility is the property of asymmetric upside (preferably unlimited) with correspondingly limited downside (preferably tiny).” That’s an appropriate way to see cash in a portfolio. It is easy to become fixated on the interest rate (referred to as yield) that cash earns when compared to other types of investment. However, let’s be clear. The value of cash is not its earning potential, even when interest rates are high and let alone when they are near zero. The value of cash rests in the opportunities that it provides when, not if, the market turns unfavorable. That is the path followed by many legendary investors: buy when others are scared and sell when others are euphoric.

Who is going to feel like borrowing, or have the ability to borrow, when stocks finally do go on sale? The only way to truly take advantage of a down market is to have some available cash when the time comes. Furthermore, holding some cash while the market is falling also feels pretty good. Dollar-cost averaging new money into the market is traditional advice offered by many advisors. One recent study looked at a hypothetical dollar-cost averaging investor who had invested $100 in the S&P 500 every month since 1929, compared to his counterpart who saved the $100 a month in a cash account and only invested when the market dropped by 20 percent. The latter wound up with 14 percent more money.

The real beauty of dollar-cost averaging is that it takes away the behavioral biases that most investors bring to the market. It is a discipline that works, but perhaps not optimally. Historically, a 20 percent decline in U.S. stocks has occurred once every four years or so (the past four have obviously been the exception). A 30 percent decline has historically occurred every decade.

We are not advocating that you convert your entire portfolio, or even a major portion of your portfolio, to cash at this point in time. The bucket approach of allocating your resources according to specific goals would be an appropriate strategy. Assets set aside for the funding of longer term goals can be invested more aggressively than those available for the short term.

There are multiple ways to deal with the situation of ZIRP and record highs in stocks. 1) If you remain fully invested, risk controls need to be in place to capture some cash as the market begins to fall—hopefully before small losses become large. 2) Determine an appropriate amount of cash and simply develop the patience to hold onto it. OR 3) Do some combination of both. Whatever you do, it is important to have a predetermined plan for your available cash and it is vital that you give this serious thought before the market turns down. Without a plan, fear will likely be too great to allow for new investment when the time is right. Also, should you decide that you will remain fully invested through the next major downturn, plan now to rebalance aggressively (meaning more frequently) and repeat often, “I will buy when others are scared.”

THE BUCKET APPROACH OF ALLOCATING YOUR RESOURCES ACCORDING TO SPECIFIC GOALS WOULD BE AN APPROPRIATE STRATEGY.

Scott Neal, CPA, CFP is the president of D. Scott Neal, Inc. a fee-only financial planning and investment advisory firm with offices in Lexington and Louisville, KY. Write him at scott@dsneal.com