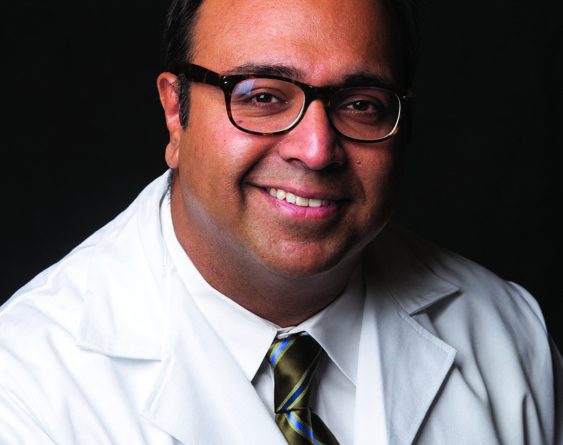 It is hard to deny that we live in an era of almost miraculous cardiovascular interventions. Cardiovascular specialists can fix cardiac valves, either stenotic or regurgitant, without opening the chest. We can visualize the heart in realtime and in three dimensions, sending patients home with a 3D “printout” of their own hearts to lodge on the mantel alongside other mementos. We can inject stem cells into damaged parts of the heart to spur regeneration. From the viewpoint of scientific discovery and innovation, it is an exciting time to be a cardiologist! Having first-hand experience with some of these developments, I can attest to the powerful pull of these medical breakthroughs.

Where our performance as cardiologists often falters though is in our ability to help patients avoid some of these heroic measures in the first place. Despite jaw-dropping technological solutions, cardiovascular disease remains the number one killer in the United States. In Kentucky, our rates of disease are some of the highest in the world.

One of the reasons why we fail to adequately emphasize prevention may be because the work of preventive medicine is seldom captivating enough to make our collective imaginations spring to life. Most preventive tests would not make it onto an episode of Star Trek. The majority of acts in preventive cardiology are solitary, inconspicuous missions in austerity and self-discipline performed by patients such as an obese, diabetic mother of three who wants to live to see her grandchildren go to school, or a hypertensive man who doesn’t want to follow in his father’s footsteps of dying from a heart attack at the age of 54. These intrepid patients – taking the quiet, brave steps of making difficult life changes – are my heroes and the reason why preventive cardiology has a powerful magnetism for me.

For a very long time, physicians within the preventive realm did not have much to offer. We would try to predict a cohort at higher risk using the Framingham Risk Score (FRS), developed studying the fairly homogeneous and prosperous population of Framingham, Massachusetts. It is hard to compare a “high-risk” patient from such a place to a place like eastern Kentucky, where it is common to find a 60-year-old man who started smoking when he was in second grade.

The newly developed atherosclerotic cardiovascular disease (ASCVD) risk estimator has some benefits not associated with the FRS. For one, the ASCVD risk score allows us to include stroke as one of the outcomes. Most importantly, the ASCVD score may also perform better in women and minorities – groups that have had devastating rates of cardiovascular disease but aren’t well represented in the FRS.

This newer score comes with a fair share of controversy in that some authorities estimate that the score may exaggerate cardiovascular risk in some subsets of the population. Hence, other additive predictors may be required to guide the degree to which risk factor modification is performed in an individual patient.

Emerging disease markers, such as coronary calcium scores, carotid intimal thickness, aortic stiffness indices, hs-CRP, and Lp-PLA2, among others, allow us to further pinpoint risk and augment therapies as needed. Our increasing knowledge of exercise physiology allows workouts to be more efficient and effective so that an exercise regimen can be more than a January resolution that fizzles by February.

For blood pressure control, we now perform 24-hour blood pressure monitoring and encourage the use of Wi-Fi-enabled measurement devices, giving us a detailed picture of whether blood pressure is controlled consistently as a patient goes about her routine day rather than the mere snapshot we get during an office visit. The advent of newer medication classes such as the PCSK9 inhibitors and anti-fibrotic agents in development may further attenuate the end-organ damage created by hyper-lipidemia and hypertension, respectively. Thus, the process of discovery and innovation is alive and well in preventive medicine as well. The field has its own “miracles” – foremost among them the brave and difficult lifestyle changes embraced by patients.

Using these and other tools, I hope to help this part of the country break the cycle between risk factors and disease by keeping the risk factors at bay. Given the state of preventable disease in Kentucky, for me, aiding the daily, personal battles of prevention is the most challenging and rewarding pursuit in cardiovascular medicine today – even if we won’t be seeing it on Star Trek anytime soon.

EMERGING DISEASE MARKERS, SUCH AS CORONARY CALCIUM SCORES, CAROTID INTIMAL THICKNESS, AORTIC STIFFNESS INDICES, HS-CRP, AND LP-PLA2, AMONG OTHERS, ALLOW US TO FURTHER PINPOINT RISK AND AUGMENT THERAPIES AS NEEDED.