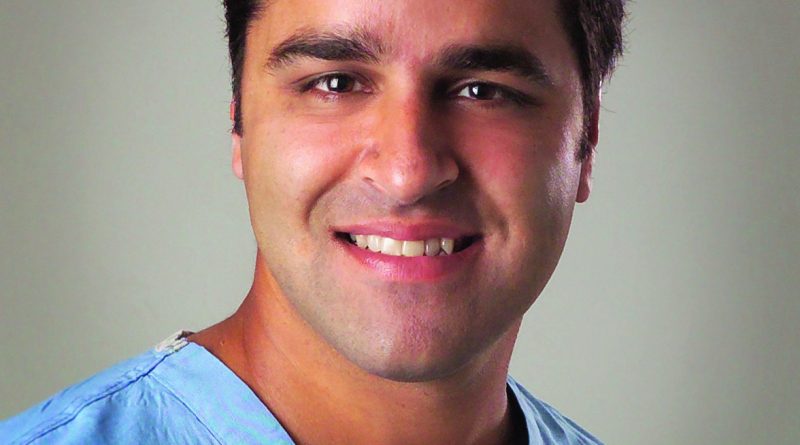 OWENSBORO, KY – They say perception is reality. For a while, the perception in Owensboro was, in order to get top-notch cardiac, thoracic, or vascular care, you needed to go to a bigger city with a bigger facility. It’s taken some time, but the medical staff at Owensboro Health Cardiothoracic Surgery has changed that perception, and the reality is that most patients are now staying in Owensboro.

“We refer very few folks out,” says R. Douglas Adams, MD, FACS, ABTS. “From a cardiac standpoint, we now capture about 90 percent of the folks from this area.”

In 2004, Adams and fellow cardiac surgeon Sohit Khanna, MD, were recruited to Owensboro to resurrect a cardiovascular and thoracic surgery program that had been closed for nearly a year. In the 10-plus years since, they have established a comprehensive program that performs cardiac, thoracic, and vascular procedures. Cardiac procedures include minimally-invasive techniques for aortic and mitral valve repair and replacement and off-pump coronary bypass surgery.

Adams, who did his general surgery residency at Wake Forest University, came to Kentucky after his residency and fellowship in cardiovascular and thoracic surgery at Rush-Presbyterian in Chicago, where he practiced for six years. He is particularly proud of the recently developed lung cancer early detection and prevention program. The program launched three years ago, and Adams says it has been “ahead of the curve” since day one. “It has just become the standard within the last 8 to 12 months,” he says. “We have one of the highest, if not the highest, incidences of lung cancer in the country.”

Adams and his staff have offered early-detection lung CAT scanning in a training program since 2012. It is multidisciplinary involving radiology, pulmonary, and thoracic surgery and adheres to the nationally defined criteria. “The program is comprehensive from start to finish,” Adams says. “And once you have diagnosed lung cancer, we have a full spectrum of minimally invasive robotic surgery. We also have two very skilled radiation oncologists that do not only conventional radiation, but also stereotactic radiation. We have four oncologists who offer not only the full line of chemotherapy treatments but also appropriate protocol-driven follow up. And then of course we have the support services in place for all these therapeutic options.”

Adams reports that Owensboro Health Cardiothoracic Surgery has scanned more than 250 people since the inception of the lung cancer screening program; eight were diagnosed with cancer, seven of which had cancer surgeries.

Not only is the screening process ahead of the curve, but so are the surgical procedures. Adams and Khanna, who came to Kentucky after a fellowship in Cardiothoracic Surgery at The Medical College of Georgia in Augusta, Ga., perform robotic surgeries utilizing the da Vinci® surgical system. They have completed approximately 600 robotics cases in the last five years. “The robot is the cornerstone of our thoracic surgical program,” Adams says. “Over 99 percent of the patients who undergo a thoracic malignancy-related procedure leave here with a minimally invasive procedure.

“It accomplishes the same anatomic reception and a more thorough lymph node evaluation, all with considerably less negative physiological impact on the patient,” he says. “Instead of a thoracotomy with a big incision, patients have four- and five- millimeter incisions. That translates into shorter hospital stays, considerably fewer complications – fewer than two percent of our patients go to the ICU – and overall much accelerated recovery.” In the past, patients undergoing open-incision procedures had a length of stay of about six days. Adams reports that has now been reduced to an average stay of just three days.

The program is also designed to evaluate and begin treating patients much more quickly than they might expect traveling to other locations. “From a lung cancer standpoint, we can work them through the process of being evaluated and put into appropriate treatment within seven to 10 days from presentation,” Adams says. “You couple that with the outcomes we’ve had from a minimally invasive surgical standpoint and the word is starting to get out that this is a program that is worth coming to if you have that particular pathology.”

Word is already out about the cardiac and vascular programs. The practice performs more than 200 heart surgeries annually. They now also have added transmyocardial laser revascularization (TMR) capability. “We have a very robust aortic endovascular program that has had excellent results with a mortality that is considerably lower than the natural average,” Adams says.

Not only is the staff at Owensboro Health Cardiothoracic Surgery focused on treatment, but also in education and prevention. Changes in lifestyle can help reduce the risk of cardiac, thoracic, and vascular pathology. “As we’re in the process of treating it and working with it on the back end,” Adams says, “there are efforts on the front end toward lifestyle modification, behavior modification, and improvement, so that 15–20 years from now this is less of an issue in this area.”

And don’t be surprised if most of the practitioners are still there in Owensboro then. Their efforts have helped change perceptions in the area and are impacting the overall health and treatment of the local population. That’s a source of pride for a staff which is looking to continue to build upon their momentum and make a difference in the lives of the community they serve.

“I think in many ways Owensboro Health Cardiothoracic Surgery is a little bit like our town in that it’s a little underestimated,” Adams says. “Other practitioners and I have had opportunities to go to larger facilities or facilities with bigger names, but the commitment of the folks at this institution providing front line, top quality, cutting-edge care is why we’ve stayed.”

THE DA VINCI® ROBOT IS THE CORNERSTONE OF OUR THORACIC SURGICAL PROGRAM. OVER 99 PERCENT OF THE PATIENTS WHO UNDERGO A THORACIC MALIGNANCY-RELATED PROCEDURE LEAVE HERE WITH A MINIMALLY INVASIVE PROCEDURE.