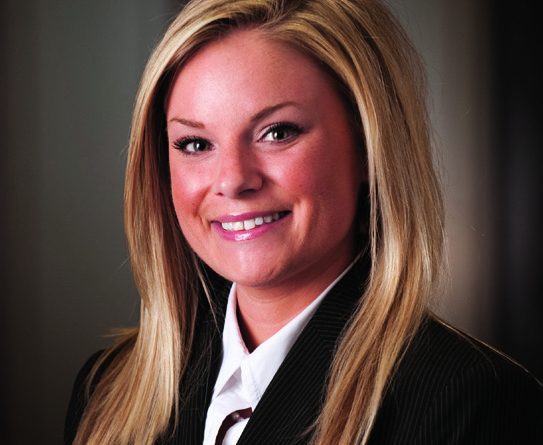 The first US hospice program opened its doors in 1974. Today, there are more than 5,500 hospice agencies serving an estimated 1.65 million Americans. As the Baby Boomer generation ages, an increasing number of terminally ill individuals are taking advantage of the compassionate care and dignified existence available to them through the Medicare hospice benefit. These patients have generally been shown to enjoy a higher quality of life during their last few months of life and, in some cases, have outlived their six-month life expectancy.

But what happens when hospice works too well and its patients routinely exceed the estimated six-month life expectancy? While lengthened life expectancies are often a cause of great joy for hospice patients and their families, they can also have severe legal and financial ramifications for the hospice provider. This article will briefly discuss those ramifications and how to avoid them.

To be eligible for hospice, a patient must be certified by his or her attending physician and the hospice physician as being terminally ill with a prognosis of six or fewer months to live. The potential patient must agree to refuse all curative care while enrolled in the hospice program. If the patient recovers from the illness, he or she must be discharged. A hospice patient may remain in hospice for more than six months only if the physician re-certifies that the patient’s life expectancy remains fewer than six months.

When hospice care began roughly 40 years ago, care was focused on cancer patients whose life expectancy was relatively easy to predict. Now, hospice accepts patients with a vast array of terminal illnesses, the duration of which can be difficult to stage, such as non-Alzheimer’s dementia, Parkinson’s, and Failure to Thrive. Indeed, some prognoses are so speculative that a patient may actually be discharged from hospice altogether. In the year 2011, 278,000 patients were discharged alive from hospice for many reasons, including extended prognosis. According to a new study by Medicare, the number of “live” discharges now represents more than one third of hospice patients.

In recent years, the Health and Human Services Office of the Inspector General (OIG) has grown suspicious of the number of “live” discharges and hospice stays longer than six months. The OIG is addressing these suspicions by implementing annual “Work Plans.”

The OIG’s 2012 “Work Plan” included ongoing review and assessment of the “appropriateness” of hospice care claims. The 2013 Work Plan scrutinized the relationships between nursing homes and hospice agencies, stating that “82 percent of hospice claims … in nursing facilities did not meet Medicare coverage requirements.” The 2014 plan dictates that the OIG will “review the extent to which hospices serve Medicare beneficiaries who reside in assisted living facilities (ALFs).” The 2014 Work Plan also states the OIG’s intent to review general inpatient hospice medical records for potential misuse.

So why is the OIG so concerned with hospice admissions? After all, shouldn’t we be thrilled the terminally ill are living longer? The answer is in the numbers, specifically the dollars. Hospice care is a billion dollar industry. Medicare pays for approximately 84 percent of all hospice patients, and Medicare expenditures for hospice benefits have increased approximately $1 billion per year since 1998.

In an effort to control these monumental expenditures, the OIG is auditing hospice agencies across the country. In the last several years, two prime areas of investigation have surfaced: (1) relationships between hospice programs and skilled nursing facilities; and (2) hospice marketing materials. In order to avoid incurring sanctions and penalties by the OIG, hospice agencies should take care to comply with regulations regarding these two areas of concern.

First, hospice agencies must monitor the number and percentage of patients they serve in nursing homes and pay special attention to ensure their patients meet all admission criteria. Hospice agencies must also be diligent about documenting certification of a patient’s terminal status for every new admission. This includes documenting that the certifying physician physically examined the patient prior to certification. Once the patient is admitted, his or her chart must be routinely audited. If a Medicare covered patient is still alive six months after being admitted to hospice care, the physician must recertify the patient’s terminal status. If not re-certified, the patient must be promptly discharged.

Hospice agencies must also avoid entering into any referral arrangements with nursing homes, assisted living facilities, or physicians that run afoul of the federal anti-kickback laws. Likewise, hospice admissions staff should not receive bonuses related to number or type of admissions, or length of stay. All referral arrangements should be reviewed by legal counsel before implementation.

Next, a hospice agency’s marketing materials must clearly and accurately state the requirements for hospice certification, i.e., the patient must have a six-month terminal status and agree not to receive any curative treatment. These terms and conditions must be explained to the patient and his or her family before and at the time of hospice admission. As with referral arrangements, all marketing materials should be approved by counsel.

Hospice agencies that are found by the OIG to have improper policies, procedures, or documentation resulting in overpayments from the Centers for Medicare Services (CMS) can have their Medicare reimbursement, and potentially their program participation, suspended. Depending on the seriousness of the violation, these hospice agencies are also at risk of incurring substantial monetary penalties. For example, in December 2011, an Arkansas-based hospice settled a False Claims Act suit for $2.7 million. In March 2012, a large hospice chain paid $25 million to settle a whistleblower action concerning false billing for services.

To avoid these ramifications, hospice agencies should consult routinely with legal counsel to ensure that all admissions and exit policies, procedures, and practices are in compliance with state and federal regulations.

Stephanie M. Wurdock is an attorney at Sturgill, Turner, Barker & Moloney, PLLC, where she defends long-term care providers against claims of negligence. She can be reached at (859) 255-8581 and swurdock@sturgillturner.com.