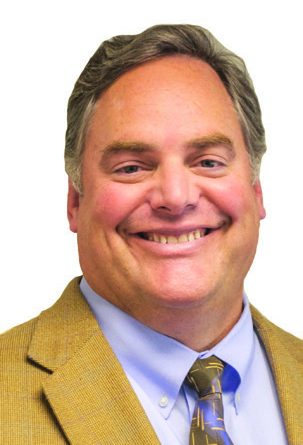 Gibson completed his bachelor of medicine and surgery degree at the University of the West Indies, Jamaica, and completed a fellowship in cardiology at Columbia Presbyterian Medical Center and Harlem Hospital in New York City. His advanced studies include a fellowship in nuclear cardiology at the Mayo Clinic Graduate School of Medicine in Rochester, Minnesota.

Gibson founded the Heart Clinic of Louisville, PSC in 1997, a solo-cardiology practice, prior to joining KentuckyOne Health Medical Group.

LOUISVILLE Ashok Kapur, MD, with Associates in Gastroenterology, is now affiliated with KentuckyOne Health. Kapur is accepting patients at the medical practice, located at 4402 Churchman Avenue, Suite 201 in Louisville.

SHEPHERDSVILLE Joseph Oropilla, MD, has joined KentuckyOne Health Neurology Associates. His main office will be at Medical Center Jewish South, which is located at 1905 West Hebron Lane, Suite 208, in Shepherdsville.

After working for a neurologic group practice in Elizabethtown, Oropilla began 16 years of solo practice there, while starting satellite clinics in Greensburg, Bardstown, Columbia, and Campbellsville.

Oropilla has also seen a significant number of Fort Knox soldiers and their family members. In addition to other disorders, he has dealt with traumatic brain injuries, seizures, and disability issues.

Abou-Chebl is board certified in neurology and vascular neurology. He received his medical degree from Case Western Reserve University School of Medicine, Cleveland in 1995 and completed his residency in neurology at the New England Medical Center in Boston in 1999. Abou-Chebl received his fellowship training at the Cleveland Clinic in stroke, interventional neurology, and neurological critical care. He also completed a sub-fellowship in interventional neuroradiology at the Lahey Clinic in Burlington, MA in 2002. His clinical interests include the treatment of stroke, TIA, carotid stenosis, aneurysm, and clinical stroke research.

The Baptist Health Center for Advanced Neurosurgery is located at 3900 Kresge Way, Suite 41 in Louisville, Ky.

The Baptist Health Family’s first chief health integration officer has been named, and it is a familiar face. Isaac J. Myers II, MD, has assumed the role of CHIO.

Myers joined Baptist Health in February 2014 as president of the new Baptist Health Medical Group, a position he will continue to hold even as he takes on the CHIO role. Since coming aboard, Myers has been leading a critical project – consolidating all of its employed physician entities across the system – which is expected to be completed by January.

The new position was created in part to help tackle the new concept of population health, moving the system toward a culture of “well care,” rather than “sick care.”

Myers previously served as president of Saint Francis Medical Group (Central Indiana Region) with Franciscan Saint Francis Health in Indianapolis, where he led the multi-specialty medical group through rapid and constant health care reform, focusing on strategy development, leadership, and the development and integration of acute and ambulatory services and partnerships. Prior to Saint Francis Myers served for over 10 years collectively as senior executive for Indiana-based managed care organizations Advantage Health Solutions and Prudential Health Care.

Myers started his career in health care administration in 1994 and left private practice as a family practitioner in 1996 to begin a nearly 20-year career in administrative roles that provided opportunities to create efficiencies while consistently improving quality.

LEXINGTON Dr. Jayakrishna Ambati, professor & vice chair of the Department of Ophthalmology & Visual Sciences at the University of Kentucky, was chosen to receive the prestigious National Institutes of Health (NIH) Director’s Pioneer Award, one of only 10 recipients in 2014. He is the first ophthalmologist to win this award since its inception in 2004.

The Pioneer Award – the first ever to an institution in Kentucky – totaling $3.76 million over five years, is given to exceptionally creative and visionary scientists who propose highly innovative approaches to major challenges in biomedical research that could yield potentially high payoffs for human health.

Ambati, who holds the Dr. E. Vernon & Eloise C. Smith Endowed Chair in Macular Degeneration Research, received the Pioneer Award to support his study of a newly discovered type of DNA that could have a profound impact on biology and medicine.

Ambati, who came to the University of Kentucky in 2001, also sees patients with retinal disorders, with a particular emphasis on age-related macular degeneration (AMD), a leading cause of blindness worldwide. His laboratory’s groundbreaking research on the mechanisms that control cell death and vascular growth have led to fundamental insights into the factors that lead to development of AMD. His group has recently developed a new therapeutic to treat the dry form of AMD known as geographic atrophy, which they are planning to test in clinical trials for this currently untreatable condition that affects millions worldwide.

Ambati is a Fellow of the American Association for the Advancement of Science, an elected member of the Association of American Physicians, American Society for Clinical Investigation, Macula Society, and Club Jules Gonin, and American Society of Retinal Specialists. He also serves on the Editorial Boards of Investigative Ophthalmology & Visual Science, Ophthalmology, and Translational Vision Science & Technology. His work has been previously recognized with awards from the American Geriatrics Society, Association for Research in Vision & Ophthalmology, Burroughs Wellcome Fund, Canadian National Institute for the Blind, Doris Duke Charitable Foundation, Ellison Medical Foundation, Foundation Fighting Blindness, Harrington Discovery Institute, and Research to Prevent Blindness.

The health care executive has more than 25 years of experience in leading physician organizations for hospital systems. He has successfully led start-ups and turnarounds, often during periods of rapid growth and intense competition.

In his new role, he will be responsible for exercising administrative responsibility, accountability, and authority for the day-to-day management and operation of the KentuckyOne Health Medical Group’s Louisville market. He will ensure that the medical group has the proper operational controls; administrative and reporting procedures; people; and systems in place to effectively grow the organization, and to ensure financial strength and operating efficiency.

In addition, he will develop and maintain the infrastructure of administrative operating systems among clinics so that the KentuckyOne Health Medical Group delivers high quality, cost-effective health care.

Most recently Cook was the founding lead executive for ProHealth Solutions, a clinically integrated network of 460 physicians and two hospitals located in Waukesha, Wisconsin.

Prior to that he was chief administrative officer for Waukesha Elmbrook Health Care, S.C., a clinically integrated IPA. He has also led physician practices for Carle Foundation Hospital in Urbana, Illinois, and has served as president of CARITAS Physician Group in Louisville.