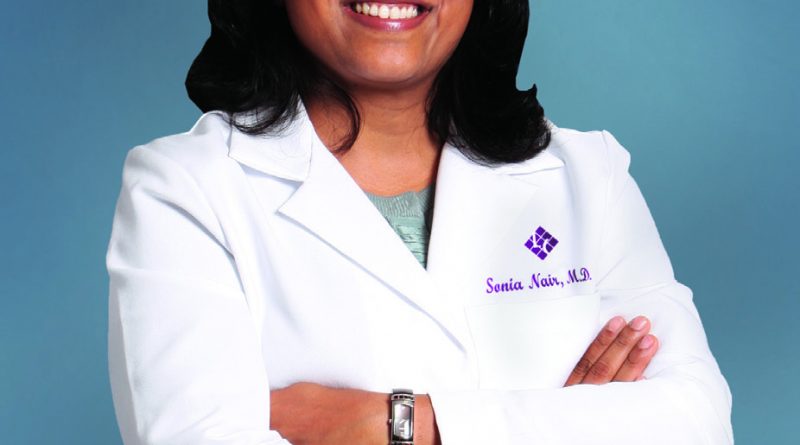 LEXINGTON Modern rheumatology is a multifaceted field that can offer its patients dramatic relief from their inflammation-related suffering. Committed to addressing the causes of pain rather than its symptoms, Haider Abbas, MD, Lexington Clinic rheumatologist, patients, particularly the elderly. Success at this is both his focus and his reward. “Ours is a very exciting field. We see diseases that make active people miserable, and by treating those patients correctly, we can absolutely turn them around,” he says.

Rheumatology appealed to Abbas early in his internal medicine residency because of the complexity of the cases he encountered and the capacity of available treatments to do great good. This drew him to fellowships at Wake Forrest in Rheumatology and Geriatrics, and he is board-certified in both. He came to Lexington Clinic in 2007 to revive a rheumatology program that had not existed for two years. In 2010, Sonia Nair, MD, joined the Lexington Clinic Rheumatology Department, and together they have a very busy clinical practice. They have seen growth in the field with a move towards standardization of care and the benefit of biologics, and are seeing their own practice benefit from the proactive professional culture at Lexington Clinic.

Though popularly simplified as the study of sore joints, rheumatology is primarily concerned with autoimmune issues, many of which are systemic and manifested in soft tissues such as muscles and blood vessels. Non-mechanical inflammation is the common denominator in the work of rheumatologists, and its sources can be complex and elusive. As Abbas says, “Rheumatology goes beyond the surface, beyond the skin, bones, and muscles, to deep inside the body.”

Abbas cites Lupus as a typical rheumatologist’s concern: Its cause has a genetic component that is unspecified; its symptoms are vast, disparate, and inconsistent; and its potential to inflict suffering is great. Rheumatoid arthritis is another common condition, but Abbas notes that many of what he and Nair treat are so-called orphan diseases. These tend to have a variety of symptoms, some systemic, some not. He finds the challenge of orphan diseases engaging, saying, “Such conditions require a very meticulous diagnostic approach and treatment plans based on each individual patient.”

As so many autoimmune issues arise in the elderly population, Abbas knew he could best serve his patient base with full training in geriatrics. “I felt that I had to do a fellowship in geriatrics to get the full benefit of my expertise,” he says, adding that he is “much more comfortable working with my patient population having done that fellowship.” Loss of physical independence so preoccupies elderly arthritis sufferers and Abbas feels well equipped to alleviate that anxiety.

The patient population treated by the Lexington Clinic Rheumatology Department is in fact 60 percent over the age 65, but Abbas and Nair see plenty of younger patients for non-mechanical joint pain. Orphan diseases that may baffle primary care physicians afflict many of these patients. Sixty percent of all their patients are female. “Auto immune diseases are more common in the female population,” he explains.

A Dynamic Clinic and an Evolving Field

Abbas was drawn to Lexington Clinic by “the excitement of reestablishing the Rheumatology Department,” and still finds it a fertile ground for his desire to build a patient-centered practice. With a system-wide EMR in place, he and his colleagues are sharing records and tests in a way that is cost-effective and expedient. Abbas also values Lexington Clinic’s commitment to improving quality of care through increased peer review and tracking of outcomes.

The innovative nature of the field of rheumatology excited Abbas from early on; many new interventions were coming out when he started. In the last 10 years, he notes, “Rheumatology has moved forward considerably in terms of therapeutic interventions and treatment tools.” More evidence-based standards of care have been established for the more common maladies, and “there is a spirit of innovation when it comes to the orphan diseases.” This is a necessity, as Abbas explains, “We are seeing more and more incidences of these in our elderly population.”

Abbas notes that the practice of geriatric rheumatology benefits greatly as the elderly population grows. There is abundant valuable clinical data on responses to treatments because of all the trials going on in that age group. This has a direct effect on his ability to treat his elderly patients. “Instead of just using the therapeutic offerings we tend to use on the general population, we are now able to focus our treatments on what the data shows is best for them,” he says.

Innovation in the field of biologics has also had a great impact on rheumatology. “Biologics have been the frontrunners in the last 10 years for increasing our treatment options,” Abbas says. Nair adds that many of the joints that were previously allowed to simply degrade until replacement are being preserved through biologics. “The majority of our rheumatoid arthritis patients avoid surgery now because of the advances in biologics,” she states.

Lexington Clinic’s rheumatology patients benefit from the array of methods and support available to Abbas and Nair, but they will be best served by the physicians’ commitments. For Nair this takes the form of a pledge: “I, as a rheumatologist, will do everything in my power to help patients maintain functionality in any afflicted joint.” For his part, Abbas’ adheres to the field’s fundamental value, concluding, “Rheumatology leads directly to the quality of life of the patients because of our ability to maintain their physical independence – especially our elderly patients.”

ORPHAN DISEASES HAVE NO SPECIFIC TREATMENT, SO RHEUMATOLOGISTS MUST INNOVATE TREATMENT PLANS FOR THEIR PATIENTS.