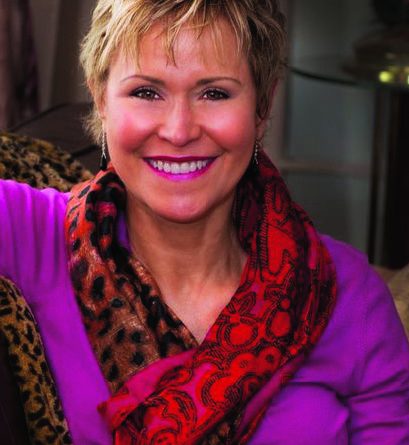 When I asked my husband to review the list below, he asked, “Is that all? You’ve just learned five things about men?” and promptly referred me to Dave Barry’s The Complete Book of Guys. In the meantime, I’m standing by the few things I’ve learned about men, all of which I wish I had known sooner.

If a man is interested in you, you will know it. If a man is interested in you and ready for a relationship, he will pursue you. Many women get caught up in psychoanalyzing a man and making excuses for his lack of initiative or follow-up. But it’s actually very simple (and painful, wherein lies the problem). Whether it has anything —or nothing — to do with you, if he’s not calling you, assume that he’s just not that into you. My observation jibes with an interesting survey reported in John Molloy’s Why Men Marry Some Women and Not Others. One of the questions asked the men was why they didn’t call a woman back after two or more dates. Many of the men had a hard time coming up with a specific reason for why they didn’t call. The most common answer was that the woman was really nice, but there was no chemistry. It appears that a man doesn’t need a reason not to call. But he does need a reason to call.

During a conflict, a man tends to perceive himself as trying not to react and as listening in a neutral way. He may not be aware that his wife tends to interpret his behavior as emotional withdrawal or even hostility. His intention is to avoid a fight -by looking away or down, or saying nothing or avoiding the subject. Unfortunately, this behavior gives his wife no indication that he is paying attention to her or cares about what she is saying. As the man reacts less and less, his wife becomes more and more emotional. When a woman learns how to better maintain her emotional equilibrium during difficult conversations with her husband, it invites him to be able to hear her and respond. When a husband learns to give more cues to his wife that he is listening – such as eye contact, head nodding and verbal cues such as “uh huh” – it invites her to feel heard. His wife then doesn’t have to get more and more dramatic in an effort to get a reaction from him.

Men don’t respond to words. They respond to action. This is a hard one for many women because we usually need to talk things out. In great detail. For hours. My female clients usually get this immediately if, rather than citing research, I simply offer a man’s comment from Why Men Love Bitches: “Women talk too much. If she’s upset, she’ll go on and on. I’d rather get into a ring with Mike Tyson for six rounds than hear a woman repeat herself over and over.” What seems to work better? Besides abstaining from TMI, women seem to fare much better when they engage in something I call “behavioral communication.” This simply means that you talk less and act more.

If a man refuses to attend counseling sessions with his wife, don’t assume there’s no hope for the relationship. I have observed a number of men who got their counseling through their wives — an excellent application of Learning #3 above. There’s a saying in counseling that it only takes one person to change a relationship. “Just do your own work,” I say. “It’s your best chance of improving the relationship. Regardless, you’ll still end up in the best possible position.” When a woman starts working on herself and her own issues, the changes in her behavior become a powerful and appealing invitation for her husband to join her in renegotiating the relationship.

Dr. Jan Anderson is a Licensed Professional Clinical Counselor with a Doctorate in Clinical Psychology. Her private practice includes over 15 years of experience counseling individuals, couples, and families.