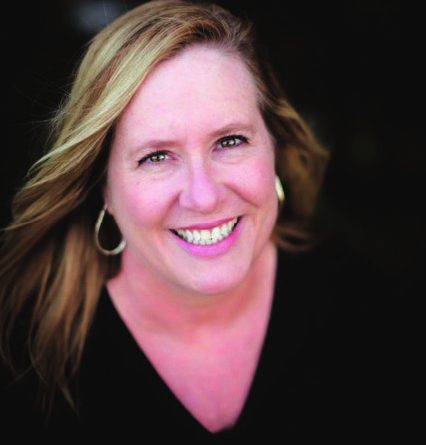 Schaeffer was born in the old Norton Infirmary in downtown Louisville and moved to Lexington as a child. After graduating from Henry Clay High School in 1980, he pursued his education across the country- Dartmouth College (BA- English), University of Virginia (MD), University of Utah (General Surgery and Urology), and Duke University (Pediatric Urology). In 1995, he returned to Kentucky for a residency in plastic surgery at the University of Louisville. He is the only surgeon in the United States certified by the American Board of Medical Specialties in urology, plastic surgery, and pediatric urology.

After finishing his residency in plastic surgery in 1997, Schaeffer practiced urology, pediatric urology, and plastic surgery in Denver. “I developed an interesting niche practice in pelvic and genital reconstruction when I lived in Denver, but I got a little burned out. I did a lot of trauma work, so I felt like a urologist by day and a plastic surgeon by night. I knew I needed to focus my practice. My OR days at Denver Children’s Hospital were always my favorites, and it became increasingly clear that pediatric urology was my passion and my calling.” In 2000, Schaeffer was recruited by the University of Kentucky to become its first formally trained pediatric urologist. Twelve years ago, he opened a private practice on the campus of Central Baptist Hospital.

Describing the process of establishing his new Louisville partnership, Schaeffer says, “Ann and I have known each other for almost twenty years. I met her when she worked as an OR nurse at the University of Louisville Hospital. She was an exceptional nurse, extremely bright. When I heard she had become a nurse practitioner, I was not surprised. When I heard she had decided to pursue pediatric urology, I was very happy for her. Urology is the best kept secret in medicine, and pediatric urology is the best kept secret in urology.”

Schaeffer and Muth stayed in touch with each other over the years, and at various times discussed teaming up. “A number of things came together for both of us professionally this summer, so we decided it was time,” explains Muth.

Initially, Schaeffer and Muth will have an office at the Louisville Surgery Center, a downtown facility owned by Dr. Mark Chariker and Dr. Gerry O’Daniel. “Mark preceded me as a plastic surgery resident at the University of Louisville, and I accompanied him on one his trips to the Philippines to do cleft surgery. Gerry had just emerged from a long training experience and was a new plastic surgery attending at Kosair when I started my plastics residency. We’ve all been good friends over the years. They’re just as passionate as I am about taking care of kids, and I greatly appreciate their support and vision for pediatric surgical care in Louisville,” says Schaeffer.

The new office is open daily for consultation on the full spectrum of pediatric urologic disease. All children less than 18 years of age are welcome, as are young adults still under the care of their pediatricians. Schaeffer says he will consider seeing adult patients with specific genitourinary reconstructive problems, but only if referred by either an adult urologist or a plastic surgeon.

“Ann and I are very excited about the level of care we think we can provide to the children of Louisville and the surrounding counties,” says Schaeffer. “I am particularly looking forward to renewing old friendships and developing new relationships in the place of my birth and my specialty training. This should be fun.”