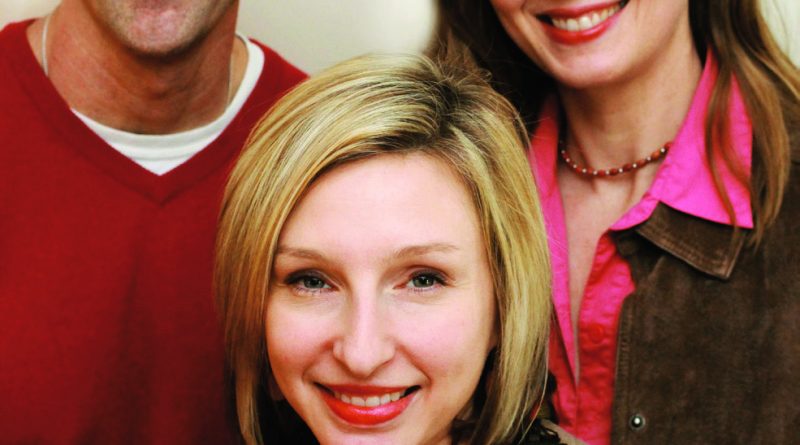 CRESTWOOD A self-proclaimed “rare breed,” the physicians of Internal Medicine & Pediatric Associates in Crestwood, Ky. are united in their love of both pediatric and adult patients. Also unified in preferring not to practice obstetrics or surgery, the physicians chose their specialty because it offered more comprehensive training in their areas of interest.

“We’re somewhat of a rare breed, but I felt like if I exclusively did pediatrics I would miss my adult patients and vice versa,” says Ilana C. Kayrouz, MD, the newest member of the practice, having joined in 2010. “The reason I chose medpeds over family practice is I felt like it was a little more in-depth training in the areas I wanted to focus my practice – we’re really fully internists and pediatricians.”

Tracy L. Ragland, MD, agrees that a four-year program, including pediatrics and inpatient care, is what drew her to the joint residency. “Family medicine residencies had a lot of OB focus and surgical training, along with pediatrics, sandwiched into three years. I felt like I couldn’t learn enough about comprehensive pediatrics and internal medicine in this time frame … and I wanted to be able to take care of sick patients in the hospital too,” says Ragland.

For Tony G. Karem, MD, the patient mix is important. “I like complexities of internal medicine, but the pediatrics part is enjoyable. The interaction with [kids] has always been one of my favorite things,” he says.

All three of the physicians are from Kentucky, both Karem and Kayrouz are from Louisville and Ragland is from Leitchfield, and all three attended the University of Louisville (UofL) for medical school and residency.

In fact, it is the common thread of residency that brought the physicians together. Karem was one of Ragland’s resident supervisors when she was a medical student. And as part of Kayrouz’s residency, she rotated with the practice.

Karem is the most senior member of the practice, having joined in 1995, shortly after it was established by Dr. Carl Paige, who is now is solo practice in Oldham County, Ky.

The group is still active with the medpeds residency at UofL, having an average of five residents rotating through the office at any given time.

The practice’s patient volume is somewhere between 4,000 and 6,000 active patients, and each physician dictates their own schedule, one of the perks of private practice. Ragland says she sees about 10 fewer patients a day than she used to in an effort to allow time for increasing non-clinical duties and more complex patients.

In addition to working collaboratively with each other and referring physicians, a critical component of the practice’s treatment approach is working in cooperation with patients. “We try to educate our patients to empower them to do the right things and the healthy things,” says Karem.

Another benefit the joint medpeds practice allows is a family-wide picture of overall health. In some cases, the group sees four or five generations of families. “Knowing the parents well gives you a whole different dynamic of taking care of the child,” says Karem. Adds Kayrouz, “If you know the whole family, it’s much easier to take care of each component of the family.”

Independence and the ACO

Ragland echoes her partners’ points on quality care and patient education as keystones of the practice’s philosophy, but offers, “We can’t talk about that without saying physician autonomy is important.”

Three years ago was a turning point for the practice, as the Affordable Care Act was passing and primary care doctors were getting monthly knocks on their door from hospital systems. “We started realizing that we probably needed to be more outward looking if we wanted to stay independent,” she says.

What they found was an independent practice association (IPA) in Kentucky that had been around for 20 years and was started by Dr. Greg Ciliberti – The Association of Primary Care Physicians (APCP). According to the APCP website, “APCP is helping physicians in nondependent or small group practices to organize, so that they can compete successfully for the growing number of patients in managed care plans while still maintaining an independent practice.”

Soon after they became involved with the APCP, CMS began offering independent practices the opportunity to take part in a Medicare Accountable Care Organization (ACO). For the last 18 months, Internal Medicine & Pediatric Associates has participated in the ACO.

Though patient education has always been a priority for the practice, Ragland says, “Our involvement in the ACO has helped elaborate on that, helped us see the importance of developing more of a medical home environment.” The practice is considering having their medical assistants trained for specialized counseling in nutrition, respiratory issues, and smoking cessation, as well as inviting physical therapists and psychotherapists to have a part-time presence in their office.

The idea of a medical home is a natural fit for physicians who have always tried to practice to the full extent of their training. “I think that we do a great job in managing most things here without always referring out,” says Kayrouz. “All of us have the same idea – that’s what we were trained in and we’re managing up to a point where we’re comfortable.”

Practicing medicine is not the end point for these physicians. They feel strongly it is their responsibility to help prepare the physicians of tomorrow for the ever-changing health care environment and to advocate for physicians in leadership roles in on-going health reform.