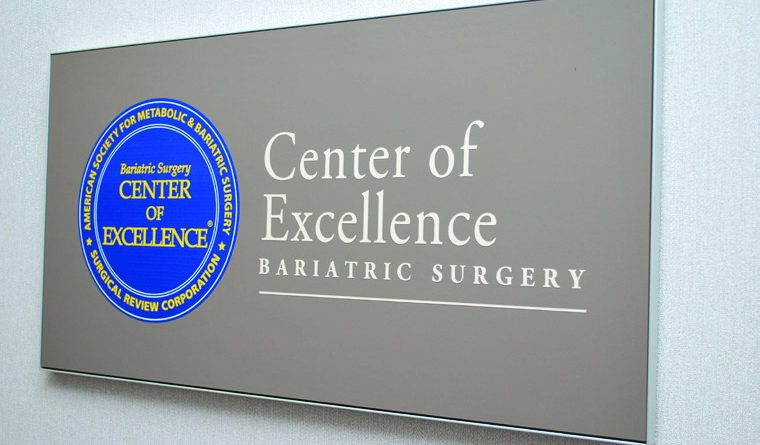 A student is behind in his studies and facing a tough exam. The choices? Study all night and give a best effort. Or cheat. Most would agree, cheating, though risky, is the easy way out.

Bariatric surgery has, at times, had a similar perception: potentially risky AND the easy way out. Both, says Eric F. Smith, DO, Bluegrass Bariatric Surgical Associates, PLLC, are incorrect.

“It’s a misconception that patients are taking the easy way out,” he says. “We do a lot of counseling with the patients to find out how much support they have from their peers, their family, and their family physician … These are patients who have tried multiple times to lose weight without success, and it’s not for a lack of trying.”

“Many people still do not realize that obesity is classified as a disease state, most by recently the American Medical Association,” says Lisa West-Smith, PhD, LCSW, executive director of Bariatric Services at Georgetown Community Hospital in Georgetown, Kentucky, which has been a Bariatric Surgery Center of Excellence since 2006 with G. Derek Weiss, MD, FACS, FASMBS, serving as medical director. West-Smith also oversees the psychological screening process.

Genetic, metabolic, and environmental factors cause and perpetuate the disease of obesity.

“While behaviors can exacerbate or improve the condition, the surgical procedures themselves can help address the genetic and metabolic factors that diet and exercise don’t treat effectively. The success rate for bariatric procedures is dramatically higher than diet and behavior modification and exercise alone,” she says.

Those values of hard work and dedication helped lead Smith to Bluegrass Bariatric Surgical Associates in November of 2013. A certified Center of Excellence Bariatric Surgeon, he brought with him a wealth of experience, including nearly 1,000 minimally invasive weight loss surgeries and over 240 robotic procedures.

That experience has included a shift in the type of procedures he performs most frequently and, gradually, a more widespread understanding of the relatively minimal risk of bariatric procedures for most patients.

“People look at bariatric surgery as elective surgery, and I can see where they’re coming from,” says Smith. “But I tell patients, if you come to me and you have colon cancer, you’re never going to question the risks that go along with surgery because you know if you don’t treat that cancer what’s going to happen to you.” Smith is quick to note he is not trying to compare morbid obesity and cancer but that studies show morbid obesity does shorten lifespan.

Bariatric surgery, in effect, then becomes a manner for treating obesity co-morbidities such as diabetes and heart disease. Benefits in physical appearance are secondary. The patient’s overall improved health – both mentally and physically – is the true benefit. And it’s a benefit that is becoming more commonplace for bariatric patients thanks to Laparoscopic Vertical Sleeve Gastrectomy. This procedure,

Smith says, essentially offers the safety of the popular Lap-Band® with the high level results of the gastric bypass.

“The majority of our procedures – probably about 85 to 90 percent – of what we do from a bariatric surgery standpoint are Sleeve Gastrectomy,” Smith says. “When we look at bariatric surgery we look at excess weight loss, which is the difference between their ideal body weight and their current weight.

That rate is comparable to gastric bypass without the nutritional problems patients can encounter after bypass.

Lap bands were popular with patients because they were the least risky procedure. “But unfortunately the average excess weight loss with the band at two years is anywhere from 25 to 30 percent less than what the average patient could achieve with a sleeve,” says Smith.

Bluegrass Bariatric Surgical Associates patients at Georgetown Community Hospital undergo a careful screening process that includes not only physical exams, but also psychological. Nutrition and behavioral health specialists and the patient’s primary care physician are all involved in the screening process, with the goal being to identify what led to the problem of obesity in the first place.

“There is no one standardized protocol for pre-surgical psychological evaluation that is shared nationally,” says West-Smith. Protocols should be based on empirical and clinical evidence, be conducted by licensed mental health providers with knowledge and experience in bariatric behavioral health and meet the specific needs of patients and programs.

The Georgetown assessment protocol includes medical record review, a structured clinical interview and various testing instruments to determine the patient’s overall level of functioning psychiatrically, psychosocially, and behaviorally. Lifetime history and current psychiatric status; weight, diet, and exercise history including any eating pathology; substance abuse or dependence; psychosocial functioning; ability to provide informed consent; prior history; and current motivation to adhere to dietary and lifestyle recommendations are among the essential factors that should be carefully considered in the screening process. “We’re trying to educate and really partner with the patient to determine their overall level of functioning and get them optimized pre-surgically,” West-Smith says.

The positive results of bariatric surgery not only in terms of weight loss, but also the treatment and resolution of diabetes and other co-morbidities, lead Smith to believe that Sleeve Gastrectomy might have even broader applications in the near future. Could bariatric surgery become an earlier treatment option for those who have not reached morbid obesity levels or are in the moderate levels of treatment for diabetes? Smith thinks so. “Patients don’t die from being overweight,” he says. “They die from the co-morbidities that go along with being overweight – the uncontrolled diabetes, the uncontrolled heart disease, and on and on.”

According to Smith, less than two percent of patients who qualify for bariatric surgery actually seek it out. “Waiting until a patient is immobile, can’t get out of bed, or is on 20 medications… those patients are candidates for surgery well before that,” he says.

Bariatric surgical procedures might not be the easy way out, but they do not have to be a last resort either. Understanding the patient’s unique challenges, motivations, and goals can help determine if and when bariatric surgery is right for them. The results are well worth it.