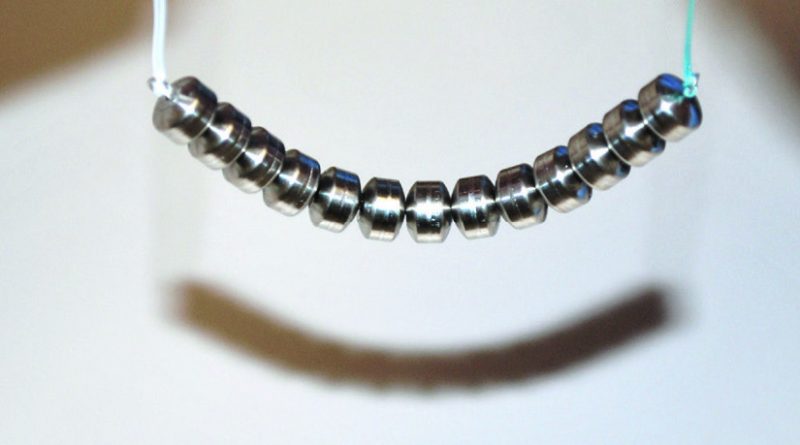 Jason Harris, MD, of Bluegrass Surgical Group, is a self-proclaimed “lover of all things techy,” and by staying at the cutting edge of laparoscopic and gastrointestinal surgery, he is bringing a revolutionary advancement in GERD treatment to the Bluegrass. While advancements in robotic surgery and single incision surgery intrigue him, Harris’ biggest interest currently is the laparoscopically implanted LINX® Reflux Management System.

LINX uses a band of rare earth magnets around the base of the esophagus to restore the body’s natural barrier to reflux, and it stands to bring much needed long-term relief to reflux sufferers for whom conventional medications have not helped. Harris explains, “Traditional non-surgical GERD treatments fail to provide many patients with relief. Twenty to 30 percent of patients on proton pump inhibitors (PPI) report an inadequate symptom response despite twice a day therapy.” In addition to poor symptom response, many patients may also have anxiety over PPI use due to cost or concerns over side effects or cost of long term medication use. Conversely, concern over the irreversibility and side effects of surgical therapy may dissuade patients from pursuing a laparoscopic Nissen fundoplication (traditional GERD surgery). The LINX device was created in response to this “therapy gap,” providing patients with a suitable alternative to both the long term use of PPIs and conventional surgery for GERD.

Harris is the only Kentucky surgeon trained and credentialed on implanting the LINX system, and that status arose through a fortuitous convergence of career choices. Harris came up in the golden age of minimally invasive surgery. He says, “My interest in technology coincided nicely with the timing of my fellowship in minimally invasive surgery. Laparoscopic surgery was gaining momentum and becoming the standard for more and more procedures, and surgical technology was evolving so fast around that time.”

Intrigued by the technological advances in the field, 10 years ago he attended a fellowship on minimally invasive surgery at the University of Chicago. There he met program director Santiago Horgan, who, as Harris says, was “doing some very cutting edge things with respect to minimally invasive and robotic surgery.” Horgan was also a leader in development of surgical remedies for GERD and part of the FDA trial to bring lap band surgery to the US. Following the fellowship, the two surgeons would stay in touch as their careers evolved.

Harris’ path led him to Bluegrass Surgical Group, where he has focused on GERD issues. He is the primary foregut and laparoscopic surgeon there, and he says he has “built my career in no small part on conventional anti-reflux surgery.” Horgan moved on to UC San Diego and got involved with the initial development of LINX surgery here in the US. Harris notes Horgan “has since become a leader in the LINX technology.”

A few years ago, Horgan invited Harris to San Diego to train him on the LINX implantation procedure, and Harris took to the procedure quickly. His decision to bring the service to Lexington was an easy one, as he immediately recognized its potential.

The LINX system consists of 10 to 20 wire-linked, pea-sized magnets, depending on the diameter of the patient’s esophagus. There is one to two mm of space between segments, so, the band can expand on the wire as food passes through the esophagus. It’s a simple, elegant structure, which as Harris says, “is really based on Roman arch architecture – it supports itself.”

LINX is a Torax Medical product that achieved FDA approval in 2012. Eighteen hundred have been implanted worldwide, 750 or so in the US. The magnets have a high degree of rare earth elements, so their magnetism is enduring; one implant should last the remainder of a patient’s life. It is laparoscopically implanted with four to five incisions in the upper part of the abdomen. Harris finds it a relatively routine procedure and notes that it has “an excellent safety profile and typically is inserted as an outpatient procedure.”

FDA indication for LINX is for patients with intractable reflux who, despite medication, continue to exhibit symptoms. The procedure is also considered for GERD sufferers who have prohibitive medication side effects or simply are uncomfortable with long term medications. LINX is currently not recommended for patients who have had previous surgery in the area, large hiatal hernias, have BMI above 35, or experience esophageal dysmotility. Harris estimates 50 to 60 percent of his anti-reflux patients would be considered candidates, and the first Lexington patient set is planned to receive the implant in the later part of April.

Like many new technologies, some insurance carriers are reluctant to approve the LINX procedure. But, Harris notes, “In the last two months, Medicare created a code for the implantation of the LINX device, allowing hospitals and surgery centers reimbursement for the implant. This is usually the first step before more widespread coverage of the procedure.”

Simple, Accessible, and Ready to Proliferate

Harris expects LINX to proliferate rapidly. He is already seeing patient-driven interest increase. The key to the success of LINX is its simplicity, both in function and implantation. Harris says, “The procedure has very uniform, well-described steps. The placement of the device is very specific, and the sizing of the device is very specific based on the size of the esophagus. It is going to take away a lot of the current outcome challenges of traditional anti-reflux surgery.”

Harris is particularly pleased to see his technological fascination intersect with his surgical expertise in reflux. And it pleases him that the technology is so accessible. He concludes, “With the safety profile associated with this surgery and mounting data showing its effectiveness, it’s my belief that there will be widespread adoption of this procedure in the near future and a better served reflux population in our Commonwealth and beyond.”