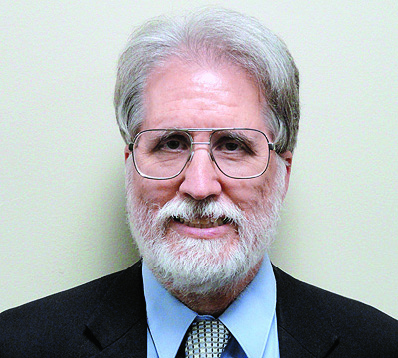 LOUISVILLE A new complication for the rapidly growing US diabetes population[i] may be the significantly increased risk of gastroparesis,[ii] a serious digestive disorder which is estimated to affect five to 12 percent of the diabetes population.[iii] Jewish Hospital, part of KentuckyOne Health, is the only medical center in Louisville offering Medtronic Enterra® Therapy, the first and only FDA-approved* gastric electrical stimulation therapy indicated for use in the treatment of chronic, intractable nausea and vomiting associated with gastroparesis of diabetic or unknown origin.

In patients with gastroparesis, a disorder in which food moves through the stomach more slowly than normal, the stomach muscles work poorly (or not at all), thus preventing the stomach from emptying properly.

Symptoms of gastroparesis include nausea and vomiting, and may include abdominal bloating and pain, lack of appetite, and excessive weight loss. These symptoms prevent a person from eating normally and may lead to dehydration and malnutrition. Although there is no cure for gastroparesis, therapies like Medtronic Enterra Therapy may improve symptoms of chronic nausea and vomiting when conventional drug therapies are not effective or tolerated.

“Medtronic Enterra Therapy is an important part of the treatment landscape for my patients with gastroparesis,” said Thomas Abell, MD, director of the Jewish Hospital GI Motility Clinic and the Arthur M. Schoen, MD, chair in Gastroenterology at the University of Louisville. “Gastroparesis is difficult to manage, and given the enormity of the diabetes epidemic particularly in Kentucky, additional therapeutic options to manage the symptoms associated with this disorder are critical.”

Jewish Hospital implanted its 100th temporary gastric electrical stimulation therapy device in December 2013. The temporary device is implanted first to be sure the therapy is effective before a permanent device is placed.

Susan Herrick, 49, of Simpsonville, Kentucky, received the 100th temporary implant and was able to receive a permanent device in mid-December. Before receiving gastric electrical stimulation therapy, she experienced cyclic vomiting syndrome, gastroparesis, diarrhea, and abnormal weight loss. She was so ill she had to have a port inserted for IV fluids.

Medtronic Enterra Therapy involves surgeons implanting a neurostimulator under the skin, usually in the lower abdominal region, along with two insulated leads, which are implanted in the stomach wall muscle and connect to the neurostimulator. The neurostimulator sends mild electrical pulses through the leads to stimulate the smooth muscles of the lower stomach, which may help control the chronic nausea and vomiting caused by gastroparesis.

Enterra Therapy has risks similar to any surgical procedure, including swelling, bruising, bleeding, and infection. In addition to risks related to a surgical procedure, adverse events related to the Enterra Therapy system may include infection, pain at the implant site, lead penetration, bowel obstruction or perforation, lead entanglement or erosion, irritation/inflammation over the implant site, and device mechanical or electrical problems. Any of these situations may require additional surgery or cause return of symptoms.

GASTROPARESIS IS DIFFICULT TO MANAGE, AND GIVEN THE ENORMITY OF THE DIABETES EPIDEMIC PARTICULARLY IN KENTUCKY, ADDITIONAL THERAPEUTIC OPTIONS TO MANAGE THE SYMPTOMS ASSOCIATED WITH THIS DISORDER ARE CRITICAL. – THOMAS ABELL, MD