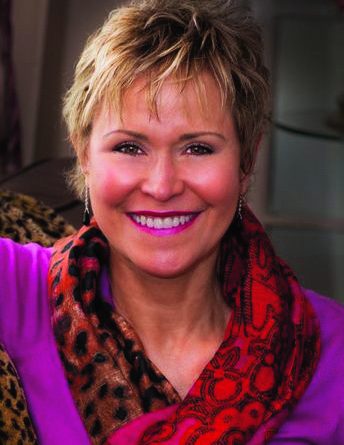 Does the quality of a patient’s romantic relationship affect the quality of his or her health? Thanks to the work of researchers like Lois Verbrugge and James House, both of the University of Michigan, we now know that an unhappy marriage can increase a patient’s chances of getting sick by 35 percent and even shorten their lives by an average of four years. The flip side: People who are happily married live longer, healthier lives than either divorced people or those who are unhappily married. Scientists know for certain that these differences exist, but we are not sure why.

According to marriage researcher John Gottman, PhD, part of the answer may be that in an unhappy marriage people experience chronic, diffuse physiological arousal, which can present itself in physical ailments, including colds, flu, high blood pressure, and heart disease. “Not surprisingly, happily married couples have a far lower rate of such maladies,” according to Gottman. “They also tend to be more health-conscious than others. Researchers theorize that this is because spouses keep after each other to have regular checkups, take medicine, eat nutritiously, and so on.”

Not only do happily married people avoid this drop in immune function, but their immune systems may even be getting an extra boost. Subjects who were satisfied with their marriages showed a greater proliferation of white blood cells when exposed to foreign invaders, as well as more effective natural killer cells, than did other test subjects.

For patients that may be unaware of the toll relationship stress is taking on their health, their physician can take a proactive approach and recommend a consultation with a relationship counseling professional to explore relationship practices that may improve the patient’s chances of responding well to medical treatment. Fortunately, those of us specializing in the area of relationship counseling now have more evidence-based methods than ever before to help our clients develop the delicate balance between “accentuate the positive, but don’t eliminate the negative.”

In his ground-breaking book Why Marriages Succeed or Fail, John Gottman’s research suggests that what really separates contented couples from those in deep marital misery is a healthy balance between their positive and negative feelings and actions toward each other. According to Gottman, “There is a very specific ratio that exists between the amount of positivity and negativity in a stable marriage. That magic ratio is 5-to-1. As long as there is five times as much positive feeling and interaction between husband and wife as there is negative, we found the marriage was likely to be stable.” One of the most gratifying aspects of my work as a relationship counseling professional is to see the effect of evidence-based practices that help couples rediscover, reclaim, and cultivate the ability to express a genuine interest in each other’s lives and communicate affection, fondness, and admiration for each other.

2. But don’t eliminate the negative

Gottman originally assumed that expressing anger would have a destructive effect on a couple’s relationship but was surprised to find that complaining is actually one of the healthiest activities that can occur in a marriage. Expressing anger and disagreement, rather than suppressing the complaint, appears to make the marriage stronger in the long run. Gottman reports that anger appears to negatively affect the marriage only when it is defensive or expressed with criticism or contempt. He says, “A relationship can actually be strengthened because embedded in the complaint is the message that the complaining partner wants the relationship to get back on course so it can continue.” In my own practice of relationship counseling, I have been amazed at how much “straight talk” the partner is able to hear when the complainer feels free to be open without fear of losing the other’s affection.

Patients may assume that their relationship issues will resolve themselves without professional attention, often at the expense of their health, their wellbeing, and their marriage. By developing collaborative relationships with relationship counseling professionals, physicians can take a multidisciplinary approach to treat patients suffering relationship stress and associated health issues – and enhance the perceived competency of both providers.