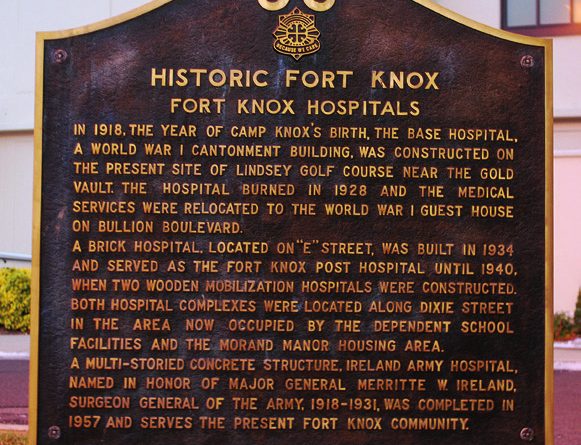 Lieutenant Colonel Thomas J. Hair (MD LTC, MC USA) is Department Chief for Medicine at Ireland Army Community Hospital in Fort knox. He’s spent 25 years in the U.S. Army, including tours as a combat physician in Iraq and Afghanistan and as the primary care physician in a clinic that treats soldiers who’ve experienced Traumatic Brain Injury (TBI). Ireland Army Community Hospital also houses a Warrior Transition Battalion, a unit which, according to the hospital’s website “provides leadership, complex case management, and primary care to enable wounded, injured, and ill…Soldiers to return to the fight or successfully transition to civilian life as a veteran.”

M.D. UPDATE: How has the military’s treatment for TBI evolved over time, particularly the last few years?

LT. COLONEL HAIR: TBI is as old as war itself, but what’s happened lately is that battlefield medicine has improved so much that we’re saving soldiers who once would have died from these injuries. As a result, when the Iraq and Afghanistan wars were both underway, the number of TBI patients started to overwhelm the system. In 2007, the leadership of the U.S. Army basically declared that we were going to do whatever it took to take care of these people. We’re going to give them respect and dignity. These are our brothers and sisters and we’re not going to tolerate anything less than first-rate care for their injuries. The Army decided to set up TBI clinics nationwide and that included our facility here. Now, with the wars winding down, we’ve had less demand, which I’m quite happy about, so we’re starting to open our doors to some retired military as well as spouses, children and other military dependents.

Talk about the comprehensive nature of the team that’s assembled here to deal with TBI patients.

TBI can be really insidious and as a result, patients need more than any one doctor can provide. They need surgeons, they need psychiatrists. We also have a Licensed Clinical Social Worker (LCSW) and a case management team because there are patients who could have case management both inside and outside our facility, so we have to coordinate care. We also do EEGs (electroencephalography) and ENGs (electronystagmography ). We need that because patients who’ve been exposed to concussive force can sustain damage inside the eyeball. Those patients have headaches and trouble focusing their eyes and need customized glasses that can cost thousands of dollars a pair. We also have a neuropsychologist on staff.

What does a neuropsychologist do?

It’s a relatively new addition to the program of treatment for TBI, though it uses some old-school techniques. The neuropsychologist asks the patient a series of questions about what his or her symptoms may be. Based on the answers, the neuropsychologist administers a series of standardized tests. These tests take hours, unfortunately, and by the end, the patient is just exhausted, but this helps us identify the precise nature of what the patient is facing. The tests are also useful, because they can help us identify the small percentage of people we see who are faking symptoms, and we can give the same test to a patient a few months after treatment and get an objective picture of their progress.

What kind of success rate have you seen with TBI patients here?

In general, we’re able to help about 70 percent of patients move forward and continue serving in the military. Most of the remaining 30 percent receive a medical severance and full V.A. benefits.

Assuming the patient is functioning, what do you treat first?

With true TBI, the first thing we have to get under control is sleep. Fix the sleep, or nothing else will work. The number-two problem is headache. After that, we’re looking at body aches and pains, and then mood/behavioral problems and neurocognitive problems, which is your ability to think and how fast you think.

What’s the relationship between TBI and PTSD?

Often they go hand-in-hand. I’d say about 40 percent of TBI patients I’ve seen also have PTSD. Some studies say 70 percent, others say 30 percent. Also, it’s difficult because PTSD can look like TBI because they have a lot of the same symptoms. One distinction is that TBI patients usually have physical problems that PTSD patients don’t tend to have. TBI also doesn’t typically lead to the kind of vivid nightmares that wake you up in the night the way PTSD often does.

What are the biggest misconceptions about TBI that you see in the medical community?

The biggest TBI misconception is the old-school notion that you don’t have to take it seriously. When I was young and played football and did martial arts, I got concussed and my coaches and whoever basically just told me to shake it off. That said, another important aspect of TBI that people need to understand is that it gets better. If you suffer TBI but don’t die, you’re going to get better. The brain is plastic in a sense; it’s flexible. It’s also smart; it reroutes neural pathways. It finds workarounds. The healing process takes time and not everyone experiences 100 percent full recovery, but TBI does get better. Even PTSD, for that matter, gets better with time.

What do you see as the next big breakthrough in this area?

There’s a lot of money on the table for the next great thing, which could likely come in the area of diagnosis and early detection. Somebody is going to find the next biomarker or cluster of biomarkers that help doctors understand exactly what a patient’s problem is and shorten six months of diagnosis, testing and treatment to two weeks. I’m looking forward to that.