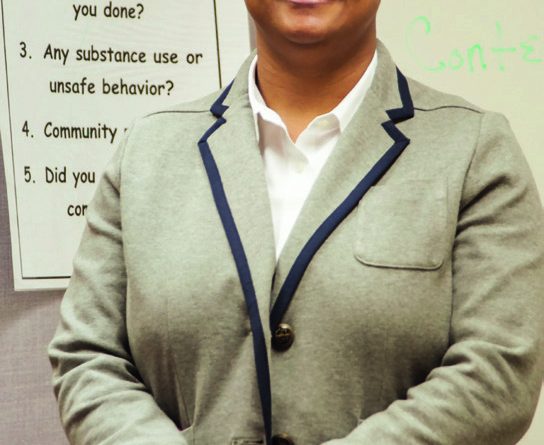 LOUISVILLE According to the US Department of Veterans Affairs (VA) website, an estimated 5.2 million Americans have Posttraumatic Stress Disorder (PTSD) during any given year. The website also states that in 2011 alone, over 476,000 veterans received treatment for PTSD in VA medical centers and clinics across the US.

In Louisville, the Robley Rex VA Medical Center (RRVAMC) houses its program for PTSD treatment at a community clinic on Dupont Circle in St. Matthews. There, the Posttraumatic Stress Clinical Team (PCT) consists of a coordinator, a psychiatrist, and several therapists who specialize in the treatment of PTSD. Currently, RRVAMC has over 100 veterans enrolled in this outpatient PTSD program.

PTSD is a mental health disorder caused by a severe trauma, and it is manifested by a specific symptom cluster, including: avoidance, which involves avoiding people or situations (and often contributes to a hesitancy to seek treatment); intrusions, such as recurrent nightmares or troublesome memories; negative cognitions or mood states; and arousals, such as heightened startle responses, irritability, hypervigilance, and difficulty maintaining sleep. These symptoms carry with them distressing and disruptive effects on people’s lives. According to Nicole Luddington, MD, a member of the PCT, “PTSD can affect many areas of a person’s life, including their socialization, intimate relationships, job or school performance, and physical health.”

Who PTSD will affect and why is somewhat of a mystery, as every person subjected to a severe trauma does not develop PTSD. Trauma does not have to be combat-related; types of trauma can include near-death experiences, sexual violence, severe physical assault, or witnessing something violent. Military sexual trauma (MST) carries a high-risk for the development of PTSD, and the VA has a MST coordinator to assist Veterans with arranging for specialized care.

At the VA, all Veterans are screened for PTSD. A positive screen must be confirmed with a diagnosis, which can only be made by a trained provider who interviews the Veteran to determine the occurrence of a trauma, the presence of associated symptoms, the level of distress caused, and the symptom’s effects on functioning. Certain clinical scales, such as the Clinician Administered PTSD Scale (CAPS), may also assist with diagnosis. Once diagnosed, Veterans are invited to join a highly structured, traumafocused treatment program.

PTSD has a high co-morbidity with other mental health disorders such as depression and substance abuse and with traumatic brain injury (TBI). In fact, symptoms of a TBI may overlap with symptoms of PTSD. “Typically when a Veteran returns from active duty and begins treatment with the VA, he or she will be screened for TBI,” says Luddington. If the screen is positive, psychiatrists often collaborate with members of the VA Hospital’s polytrauma team and other specialists to ensure that all facets of a Veteran’s care are managed simultaneously.

Therapy for PTSD includes both individual and group treatments. VA medical centers employ two types of evidence-based psychotherapy: 1. Prolonged Exposure therapy and 2. Cognitive Processing therapy. Prolonged exposure therapy encourages Veterans to talk about traumatic events, repeatedly exposing them to the painful memories in order to help reframe them. “In the process of doing that, a Veteran may experience a temporary increase in anxiety, but we are helping them to restructure their cognitions in so far as their beliefs about what happened and normal reactions to stress,” says Luddington.

Cognitive processing therapy helps Veterans examine negative or distorted beliefs about a traumatic event that has prevented them from moving forward. “This kind of therapy helps people get past some of the ‘stuck points’ they have in their mind, which have prevented their recovery,” she says.

Multiple PTSD groups are available at the RRVAMC. While the RRVAMC does not have any inpatient PTSD programs, staff can make referrals to specialized residential programs in other cities.

Pharmacology is another aspect of PTSD treatment. First-line treatment typically involves the use of a SSRI (selective serotonin re-uptake inhibitor) antidepressant. Also, “VA treatment guidelines, which are based on PTSD studies, note that Prazosin, a medication commonly used to treat benign prostatic hypertrophy, can be effective in treating nightmares in some individuals,” says Luddington. Physicians may prescribe medications to treat insomnia too, another big problem in PTSD.

During follow-up visits, members of the PTSD team depend on a Veteran’s self-report of symptoms and utilization of a PTSD checklist (PCL) to help quantify the severity of symptoms and to measure the success of treatment in reducing those symptoms. “PTSD can be chronic, but with treatment there may be enough recovery where someone is productive and can function day-to-day without much distress and interference in their life. And that’s what we hope for,” says Luddington.