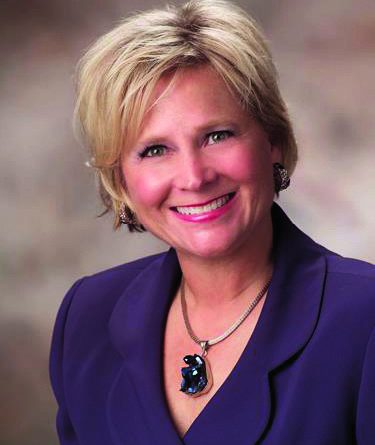 I suspect my friends in the medical community will be doing all they can to survive the Healthcare Reform Act, medical record implementation, the flu season, and the 2014 Legislative Session, which begins on January 7, 2014 and ends on April 15. I sense the worry is not “what will they do FOR us, but what will they do TO us?”

There are several health issues on the boilerplate in Frankfort, and although it is a bit too early to predict challenges, changes, or outcomes of filed legislation, I will simply predict what may be on the medical front in the Kentucky Capital.

There is no doubt that the topic of medical marijuana has been carefully avoided for years in Frankfort, since no legislator wanted to be labeled as a “drug promoter.” We have recently watched other states legalize medical marijuana for people who suffer from chronic illness and pain, nausea from chemo therapy, seizure disorders, glaucoma, autism, and many more diagnoses.

You cannot imagine how little exposure Kentucky legislators have been provided on this vast and important issue. The first testimony in Frankfort was presented during the August 2013 special session. Unfortunately, the meeting was concluded abruptly due to a needed floor vote.

Public safety is a priority for those of us who serve in the General Assembly, so it would be critical to hear vetted scientific information, testimony from patients and parents, the medical and pharmaceutical communities, as well as law enforcement, in any committee to which the bill might be assigned. Legislators can learn much from other states who have already legalized medical marijuana, and they could be available to share statutory language, court challenges or unintended consequences, illegal activities that have sprung from the legalization, and drug enforcement regulation and involvement.

The topic of legalizing medical marijuana has not been given an opportunity to clarify itself as an important topic in 2014, and the truth is, this being an election year would likely reduce the number of legislators willing to take a vote on such a controversial subject.

We have repeatedly listened to a one sided debate regarding the mandatory collaborative agreements between doctors and advanced registered nurse practitioners (ARNP) for several years. The ARNPs were seeking more independence, and the KMA (Kentucky Medical Association) evidently felt no political pressure to address the issue and shut down any dialogue.

In 2013 a shift occurred when three senate bills addressed the issue of discontinuing mandatory supervision of independent ARNPs by medical doctors. The legislative language included an amendment on a bill to eliminate the collaborative agreement that is currently in place and two individual bills doing the same. Once the topic became two-sided, it was imperative that all parties involved with this issue come to the table with an open mind to work toward a mutual agreement.

Over the 2013 interim, several meetings were held by the various stakeholders, and it now appears a bill will be drafted. The truth is, the General Assembly does not enjoy dealing with professional turf issues that leave most of the members confused and both sides of the argument difficult to deal with.

I predict the bill has a good chance of passing. I understand the meetings held were stressful and challenging, so I applaud the efforts made by the KMA!

A bill number will be assigned to the 2014 Smoke-Free Legislation, which I will be filing for the fourth time in January. Let me take this moment to thank the KMA for endorsing and passing a resolution in support of Smoke-Free Kentucky during the 2013 state meeting.

Smoke-free legislation will prohibit smoking in enclosed workplaces or public places, however, smoking will still be legal. Smoke-free laws are good for health, good for business, and popular with voters and the medical community. It reduces the economic toll on our state’s finances through Medicaid and employee health care costs. A healthier workforce will entice out-of-state businesses to consider Kentucky for relocation.

I am preaching to the choir when I reiterate that the United States Surgeon General has determined that the science is indisputable. Secondhand smoke is dangerous. It can cause serious or deadly illnesses from which people can be protected. Even with these facts, I still have far too many “Brethren” who are afraid to protect the public from secondhand smoke!

How can you help?

You are one of the most influential people in your community. I can tell stories all day long, but I do not carry the life-changing influence you do. Until members hear from constituent doctors and patients willing to share their secondhand smoke stories, a critical number of legislators will run from a vote.

Pulmonologists, cardiologists, pediatricians, family medicine, OB-GYNs, surgeons, and other specialties have been eerily quiet, yet their contact would force their representative to be accountable.

Please, have someone in your office e-mail patient stories without identifiers to susan.westrom@lrc.ky.gov. Encourage patients who have lost far too much as a result of secondhand smoke to email me or call (502) 564-8100 and ask for Amy Tolliver to connect us.

Please talk to your representative and senator and hold them accountable for public health. Let me know who you have connected with, so I can follow up. I am hearing from far too many elected officials that they are receiving calls from people who are against this legislation. It is hard to believe that 71 percent of Kentuckians who do not smoke also do not talk!

Ongoing critical legislative topics include nursing home review panels, juveniles and e-cigarettes, and a greater need for rural medical professionals/expanding scopes of practice. Look for information on these topics in the next issue of M.D. Update.

Until members hear from constituent doctors and patients willing to share their secondhand smoke stories, a critical number of legislators will run from a vote.