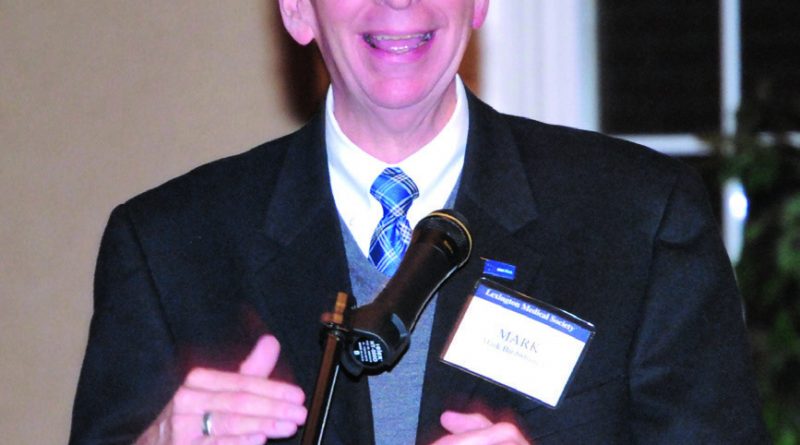 LEXINGTON, KY On Tuesday, November 12, Mark D. Birdwhistell presented to the Lexington Medical Society, “Everything you want to know on the Affordable Care Act (ACA) in 20 minutes or less.” Birdwhistell, UK HealthCare’s vice president of administration and external affairs and former Secretary of Health for Kentucky’s Cabinet for Health & Family Services, addressed an audience of over 75 active and retired physicians on this daunting subject.

While the political divides have only increased since passage of this bill, Birdwhistell discussed how health care systems have continued to prepare for the implementation of the ACA, sharing his insights into the machinations of state Medicaid Programs – a payor of increasing scope and importance. Hospitals and physician offices are being forced to adapt to outright payment reductions, increased scrutiny over compliance with state and federal law, and significant workforce issues. State medicaid programs are also tackling cost containment with renewed vigor.

“Medicaid was never meant to be the largest payer of health care,” said Birdwhistell. “But 80 percent of Eastern Kentucky will soon be on Medicaid, and that is significant.”

Birdwhistell compared the current trend of shopping for health care to “going on Amazon or Expedia to get health coverage. I never thought ‘Express Lanes’ would be part of Medicaid,” he said.

The benefit to health care consumers, said Birdwhistell, is closing the gap between the insured and the uninsured by improving outcomes and reducing costs. The “Birdwhistell Pyramid” illustrates the progress with four components of improved health care delivery:

Birdwhistell ended on a positive note stating that the importance of the “art of medicine” has never been higher. His hopes included a desire to see physicians leading teams of providers to support disease specific models of care to improve patient outcomes and reduce the cost of complex patients.