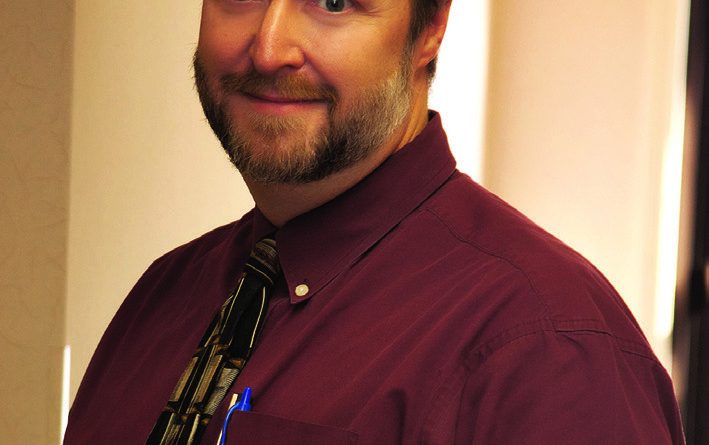 GLASGOW The mention of progressive medicine may conjure images of large state universities or high-profile private specialty practices. Sometimes, however, medicine is propelled forward in the most unlikely of places. Enter Glasgow, Kentucky – a small town of 15,000 people, where members of the medical community contend there is nothing small about their big ideas.

In the late 1990s, the lack of a family medicine training program in Kentucky’s second congressional district initiated a movement to establish a rural residency program. While several other south central Kentucky cities were unable or unwilling to meet the challenge, Glasgow readily accepted the invitation.

“What separates Glasgow from another community is we are a small town, but we are progressive. There has never been an issue of, ‘We can’t have this because we’re in a small town.’ It’s ‘how can we have this if it benefits our population and our community?’” says R. Brent Wright, MD, MMM, medical director of TJ Samson Family Medicine Center, associate dean for Rural Health Innovation at UofL School of Medicine, and vice-chair for Rural Health for the UofL Department of Family & Geriatric Medicine.

Wright joined the program in 2001, and in 2009 the program added family medicine physicians Amelia Kiser, MD, and Steven House, MD, both of whom have a special interest in geriatrics – Kiser with a large population of nursing home and wound care patients and House with a strong background in hospice and palliative care.

As a family medicine practice, the clinic sees patients from infancy through the end of life. However, Kiser and House’s expertise means a large population of geriatric patients.

Christian D. Furman, MD, a geriatrician based in Louisville and vice-chair of Geriatrics for the UofL School of Medicine Department of Family Medicine and Geriatrics, says dementia and polypharmacy are two of the big issues in the elderly population. Dementia symptoms are often misdiagnosed or mistakenly attributed to the aging process by primary care physicians and family members. Polypharmacy creates a host of health and financial problems. In the Glasgow practice, physicians try to provide a big picture perspective, and their staff is integral in coordinating care for elderly patients.

Indicative of rural areas, health care access can be complicated by financial and transportation issues. “The biggest access issue in dealing with my patients is getting their medications. There aren’t cheap options for some medicines out there,” says House. Wright concurs, saying, “The toughest patient to care for is the one who cannot avail themselves of the care you prescribe.”

When transportation is a barrier, the practice’s physicians make home visits, which provide better continuity of care, help prevent unnecessary hospitalizations, and give physicians greater insight into their patients’ lives.

Furman is impressed with the geriatric rotation at the Glasgow Residency program, particularly the depth of nursing home and wound care experience they receive. “It’s also impressive how much responsibility and ownership they take with nursing home patients,” she says.

All residents in the program are exposed to increasing levels of responsibility for nursing home care. The experience helps residents grasp the difference in nursing home care vs. hospital care, where charting, expectations, and reimbursements, among other things, can be tremendously different. By rounding in the hospital and consequently seeing patients in the nursing home, physicians and residents “get to see how what you order really impacts patients,” says Kiser.

The track record of the Glasgow Family Medicine Residency is a solid one, having graduated 50 family medicine residents since its inception and boasting consistent growth and low turnover. Residents often choose the program because it feels like home, wanting to simulate the environment they came from or will be practicing in. They soon find the small-town feel is not just attractive packaging but a genuine familial and caring atmosphere that extends from their very first phone call through the entire program experience.

Nationally there is a shortage of geriatricians. On a state level, rural nursing homes have difficulty finding adequate physician coverage. Family medicine physicians can serve as extenders of geriatric care, however strict nursing home regulations, low reimbursements, and the increased time required to care for elderly patients can make nursing home visits a less desirable and less financially viable option for physicians.

The Glasgow Family Medicine Residency is working toward instilling a sense of enjoyment, ownership, and pride in nursing home care. “It is a culture change we’ve tried to instill here, not dreading the nursing home,” says Kiser.

Further positioning Glasgow as a leader in senior care, Furman recently visited the program as part of a joint research endeavor, the introduction of a POLST (Physician Orders for Life-Sustaining Treatment) form in nursing homes to clearly record a patient’s wishes for end of life care, beyond what is covered in a living will, and make them a permanent and easily accessible part of the patient’s chart, following them wherever they go. Furman began the initiative in her Louisville nursing homes in 2008 and brought in Glasgow this year to pursue a Practice Change Leaders Grant funded by Hartford Foundation Atlantic Philanthropy that is looking at underserved and rural populations. “It’s kind of an urban–rural collaborative to see what other issues are involved and how that affects each population,” says Kiser.

While many of Kentucky’s neighboring states already employ such a tool, Furman will be presenting the measure to the Kentucky legislature again in January, hoping to make the form a legal document that will be widely used throughout the state. The initiative has been shown to improve satisfaction, quality of care, and avoid unnecessary hospitalizations and transfers.

The success of this urban-rural partnership is evident in the program’s achievements and its participants’ enthusiasm. “Without a strong community hospital, without a strong board of directors there supporting the program and seeing the benefits, as well as the community of Glasgow, with the expertise and reach of UofL, we would not be where we are today. Where we feel we’re going is even more collaborative work,” says Wright.