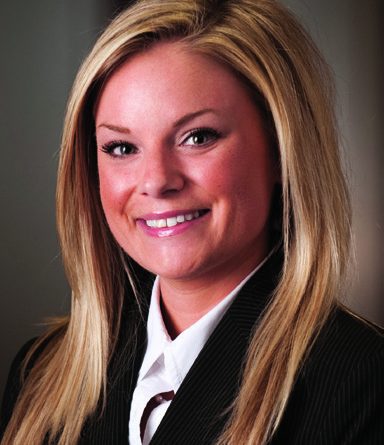 Between 75 and 99 percent of physicians will face at least one malpractice claim by the time they reach the age of retirement.1 This statistic encompasses lawsuits filed with the courts as well as medical board of licensure grievances. In Kentucky, the Kentucky Board of Medical Licensure is tasked with investigating grievances against its licensees.2 This article briefly discusses the Kentucky Board of Medical Licensure (KBML) grievance process and what to do in the event a licensure grievance is filed against you.

The Grievance. The KBML is authorized to investigate alleged violations of the Kentucky Medical Practice Act. Violations of the Act include impairment of ability to practice due to drug or alcohol abuse, failing to meet minimal standards of care, prescribing drugs in an inappropriate manner, inappropriate sexual conduct in the course of practice, falsifying information, and performing duties beyond the scope of a license. The KBML does not regulate fee disputes, help patients sue physicians, or resolve questions of disability or insurance. Grievances must be submitted in writing by any individual, organization, or entity;3 grievances need not be filed by an attorney.

The Initial Review. Once a grievance is filed with the KBML, it is initially reviewed by the KBML executive director to ensure that the KBML has jurisdiction. If the KBML has jurisdiction, the grievance is then referred to a medical investigator. The investigator contacts the physician, or “licensee,” and the grievant to discuss the allegations. The licensee is then given the opportunity to respond to the allegations in writing. The investigator may gather evidence from the licensee’s co-workers, the grievant’s medical records, and other sources such as pharmacies where the grievant has prescriptions filled. Medical experts may also be hired to assist in the investigation.

Responding to a KBML Complaint. When the inquiry panel decides that a grievance is substantiated, it issues a complaint against the licensee. This document is a formal pleading that closely resembles a complaint filed in a lawsuit. It sets forth charges against the licensee and commences a formal disciplinary proceeding. The licensee has 30 days from the date of notification that a complaint has been issued to submit a written response to the allegations. Failure to respond may be taken as an automatic admission of the charges.

The licensee may request an administrative hearing once the licensee is on notice of the complaint. These hearings, which are similar to a civil trial, are held before a hearing officer or hearing panel and are open to the public. The KBML’s general counsel acts as the prosecuting attorney and the licensee may represent himself, or may choose to retain counsel. Evidence and witnesses are presented by both sides. After the hearing, the hearing officer/panel provides the inquiry panel with “Findings of Fact,” “Conclusions of Law,” and “Recommendation” for disposition of the case. A copy of those documents is sent to the licensee, who then has 10 days to file any written objections.

Responding to a Show Cause Order. Alternatively, a show cause order may be issued directing the licensee to dispute why the KBML should not take a specified action. This document sets forth the basis for the KBML’s finding that grounds exist for disciplinary action. In addition, if the inquiry panel finds sufficient reasonable cause exists to believe that the continued unaffected practice of medicine by the licensee would constitute a danger to the health, welfare, and safety of the licensee’s patients or the general public, an order of temporary restriction may be issued under which the licensee’s license may be temporarily suspended, limited, or restricted until formal proceedings are concluded.

Waiver of Formal Proceedings. At any time after issuance of a KBML complaint, show cause order, or emergency order, the licensee may seek informal disposition of the matter by signing a waiver. In doing so, the licensee agrees to abide by the KMBL’s ruling and cannot appeal or object to the ruling.

Retaining Counsel. A licensee may represent himself in all stages of the KMBL grievance process. However, as discussed above, the KBML’s final decision may have significant ramifications for the licensee including permanent revocation of the licensee’s licensee to practice medicine. Therefore, any licensee against whom a grievance is filed should immediately inform his or her risk manager and/or malpractice insurer and obtain legal counsel.

Stephanie M. Wurdock is an attorney at Sturgill, Turner, Barker & Moloney, PLLC, where she defends medical providers against claims of medical negligence. She can be reached at (859) 255-8581 and swurdock@sturgillturner.com.