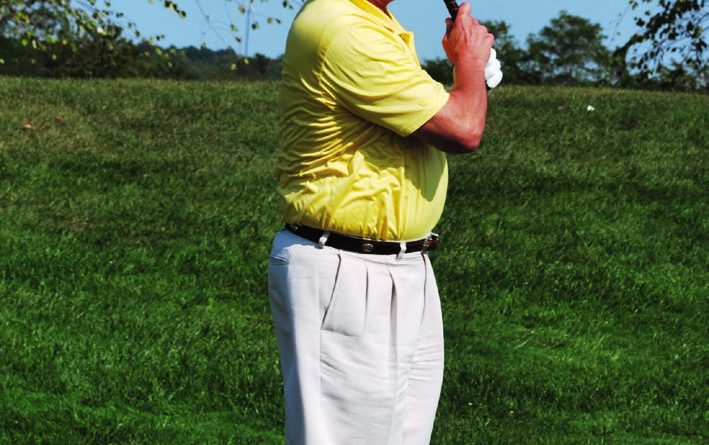 The Scholarship Golf Tournament raises scholarship funds for University of Louisville medical students. On Monday $20,000 in scholarship funds were announced and given to Heather J. Bellis-Jones, B. Ryan Nesemeier and Alex A. Thomas. Winners were selected based on outstanding academics and community service and each received a $5,000 check. Bryan A. Lamoreau received the Jewish Hospital & St. Mary’s Foundation Healthcare Horizons Award of $5,000.

A special “Worst Putter Award” – sponsored by Mary G. Barry, MD, in memory of her father, journalist Mike Barry – was given to a well known hand surgeon from an internationally known plastic surgery and hand transplant group, who will remain anonymous in accordance with M.D Update’s policy of “do no harm” to physicians or their reputation.

During the Scholarship Golf Tournament, players were treated to brunch, luncheon baskets and a cocktail reception. There was a live auction and a raffle to raise money for the scholarship fund.

The LMS golf outing was started 24 years ago to bring physicians and community members together, said John Collins, MD, Lexington Clinic, chair of the LMS Golf Committee and tournament organizer. The first outing was about 40 participants. The proceeds from the tournament go to the Lexington Medical Society Foundation which takes request for needy organizations with connections to the medical field.

The LMS Foundation was originally organized to start the local blood bank. Now organizations such as Baby Health, Nathanial Mission and more recently Surgery on Sunday are being supported. “These are outstanding examples of serving the medical needs of citizens who fall through the cracks in our health care system. Doctors and nurses volunteer at these organizations to provide care at no charge or minimal charge,” said Collins.

LOUISVILLE Drug addiction and prescribing controlled substances were the topics addressed by the keynote speakers at the KMA Annual Meeting, September 9–11, 2013. Dr. Ardis Hoven, president of the AMA addressed the House of Delegates.

New KMA president, Fred A. Williams, MD and KMA Alliance president Mrs. Rhonda Rhodes were sworn in by Chair of the Board of Trustees David J. Bensema, who is KMA President-elect.