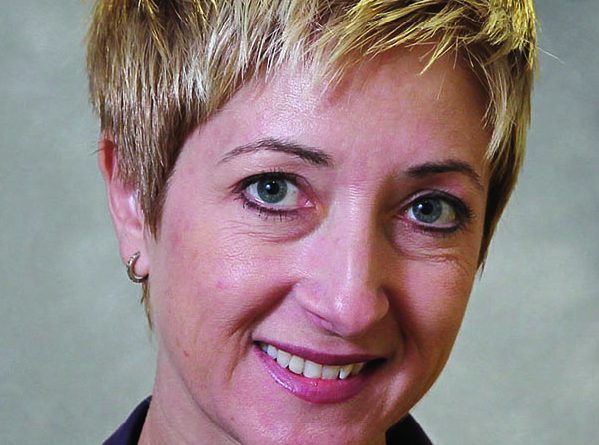 LOUISVILLE A strong left hook in the boxing ring. A bone-crushing tackle on the football field. A windshield-cracking automobile accident. These may be the types of obvious injuries the term concussion brings to mind. However, the reality is concussions can result from circumstances much less severe and still have lasting neurological effects if ignored.

According to Tracy Eicher, MD, neurologist and concussion specialist with Baptist Neuroscience Associates in Louisville, “A concussion is any trauma that causes disruption of the brain’s function, even briefly.” Contrary to common misconceptions, concussions do not require that the head strike another object or that the person lose consciousness. The jarring of the brain inside the cranium, as in the case of whiplash, is enough to cause a concussion.

Concussion is a type of traumatic brain injury with common symptoms including: headache, dizziness, nausea, blurred vision, fatigue, trouble sleeping, and cognitive disturbances, though not all of these symptoms will be present in every case.

It is true that most concussions do not need intervention. “Greater than ninety-five percent of concussions will resolve within hours to days on their own without intervention,” says Eicher. However, she cautions, “If you’re still having symptoms two to three weeks after an injury, we may need to look at why you are not recovering.”

Trained in the Air Force, Eicher initiated a traumatic brain injury program at Wright-Patterson Medical Center in Ohio. “The military injury of modern times is blast injury,” says Eicher, which became a big push in the military from 2007 to 2009. From there, Eicher transitioned her expertise to the private sector in Dayton, Ohio, where she set up a concussion program built around a multidisciplinary team. Last year, Baptist Health recruited Eicher to recreate that model in Louisville, assembling a team of vestibular, occupational, and speech therapists, as well as physicians, and based at Baptist Health’s new Sports Medicine facility at Baptist Eastpoint.

Eicher joined Baptist Neuroscience Associates in October 2012. Baptist Health has an existing infrastructure of orthopedists, neurologists, and sports medicine doctors, as well as pediatric occupational and speech therapists, who are learning to treat adolescents. Eicher’s first step in building the concussion program has been to build a vestibular rehab program, which is often crucial for concussion recovery.

Eicher teaches using a mnemonic device to cover the common symptoms of concussion: CHAD’S Moods, which stands for – Cognitive, HeadAche, Dizziness, Sleep, and Moods. Oftentimes vestibular and sleep disruptions act as barriers to recovery. Symptoms related to vestibular disturbances include dizziness, nausea, blurred vision, and fatigue. Nausea, for instance, can be caused by an ocular motor dysfunction where the eyes stop yoking together well. This can cause a constant state of physiologic challenge, which results in a feeling of fatigue. Sleep is critical to ensure the brain gets the shutdown time it needs to heal.

Vestibular symptoms are also a high-level measure of whether an athlete is ready to return to play. Just because an athlete passes traditional screening does not necessarily mean they are fully recovered. Incorporating vestibular screening and therapy with other tools, such as the commercially available ImPACT testing and neurocognitive testing, provides a comprehensive evaluation model. “If they go back in before their vestibular issues are fully resolved … that’s where they get the next concussion because they’re not quite as visually and physically coordinated as they were,” says Eicher. A vestibular therapist and the right equipment can assess how well an athlete keeps focus while moving the head and body at a fast pace.

The program’s specialized equipment includes the SMART EquiTest® by NeuroCom that “will assess balance function as far as how well the sensory system, balance system, and vestibular system work together,” says Eicher. It can also assess the speed and strategies patients use to keep and regain balance. To measure the speed and level at which patients can focus their vision while moving, Eicher uses sensory organization and gaze stabilization testing. “Rather than keeping kids out of sports, what we want to do is get them back quicker and more safely,” says Eicher.

According to Eicher, many medications, such as analgesics or narcotics for headache, are a short-term band-aid that can cause more problems in the long run. When it comes to treatment, her main focuses are sleep and behavioral changes, and vestibular treatment when warranted. Patients recovering from concussion need more than the average eight hours of sleep, especially adolescents who are still growing. Avoiding alcohol and nicotine and limiting caffeine help prevent sleep interference. “If I have to medicate, with adolescents I start with something as gentle as a tricyclic agent,” says Eicher. At low doses tricyclics work with the brain’s chemistry to enhance sleep, provide prophylactic headache relief, and lessen vestibular symptoms. When Eicher must prescribe analgesic medication for headaches, she educates patients about the detriment of long-term, frequent use. Additionally, physical therapy to address cervical issues causing prolonged headache can be important. “What I do is try to take away the things that are barriers to the brain recovering on its own,” says Eicher.

“A big part of running a concussion program is being in the community educating,” says Eicher. The community includes not only parents, coaches, and athletic trainers, but also family practice physicians, orthopedists, and other sports medicine physicians. For Eicher, educating athletic trainers is huge because they play a big part in safely returning athletes to play. The most commonly used guidelines, the Zurich guidelines, state that if a player is symptom free for one week, they can return to graduated play, which means starting low and stepping up activity if the athlete remains symptom free. In this regard, Eicher must trust the trainers to know what they are doing.

Knowledgeable primary care, sports medicine, and orthopedic physicians are important because they act as a gateway, determining who needs a referral to a neurologist. “It doesn’t all have to come to me, but it’s important to have the strong knowledge and education at all levels: athletic trainers, coaches, parents, and doctors,” says Eicher.

RATHER THAN KEEPING KIDS OUT OF SPORTS, WHAT WE WANT TO DO IS GET THEM BACK QUICKLY BUT MORE SAFELY.—DR. TRACY EICHER