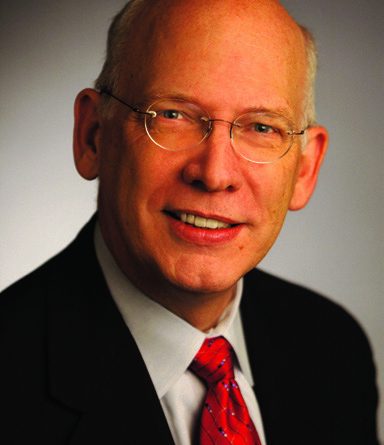 Some of you may look at the outsized returns of the U.S. Stock Market for 2013 (S&P is up 15.1% year to date through May) and conclude that you have missed the boat by not having more money in the market. Others of you may be holding some investment in bonds, which have taken a hit in the past couple of months. The Barclays 10 Year Treasury Index lost 3.9% in May and is down 2.8% for the year. Recall that when interest rate yields rise, prices of bonds go down. Annual yields on the 10 year Treasury rose from 1.66% to 2.15% during the month of May. So the real question to ask is, “What can I do now?”

Your first task is to remember your goals. What, exactly, is the purpose of your investment portfolio? Why are you taking risks with your money in the first place? Such an assessment will generally reveal your time horizon, which plays a significant role in investment strategy selection. Is your strategy matched to your goals?

Next, take an honest assessment of your current investments and the reasons for holding each one. Don’t be overly concerned with what you paid for an investment. That is largely irrelevant to your current analysis. What truly matters is where it stands today and your forecast for where it is likely to go from here. As much as we hate to say it, your forecast depends on the Fed and its policies and the spillover effect into the government’s fiscal policy. Policy risk was the subject of last month’s column – let me know if you didn’t see it and would like to.

Oh, did I mention making a forecast? Our literature is replete with pronouncements that none of us have a crystal ball and thus do not know, indeed cannot know, where a market is going. Yet every investor makes particular bets with his or her dollars on which assets are likely to go up faster and farther than others. Surely those bets take into consideration an expectation of return that, even if not robust, is a forecast of sorts. Why else would one make such a bet?

The problem with most forecasts is that they follow classical economic theory that assumes that the only way to forecast is by crunching historical data, such as returns and volatility, and then constructing an optimal portfolio. However, the data can take the traditional analyst only so far because it assumes that the economy is stationary (i.e. devoid of structural changes). Experience has told us otherwise, that economies do structurally change over time. Upon that realization the assumption of “stationarity” goes out the window. Further analysis is needed.

The data can be used to discover long run averages that do exist, but nothing more. The data cannot answer near term questions of when or how often cycles will go up and down or how large or small they will be. This leaves the analyst with no choice but to consider other analyses, e.g. a subjective view of the structural changes. It is also possible that inferences can be drawn using evidence-based technical analysis. Apparently, this is all so brand new that few advisors even know of its existence, much less use it.

After looking at your individual holdings, you must then assess the effects of combining them into a portfolio. Traditional portfolio theory suggests that individual investments can be blended into an optimal portfolio that extracts the maximum return out of a unit of risk. The optimal allocations lie along what is called the efficient frontier. Once again, traditional analysis suggests that a fairly wide band of short term volatility must be expected and accepted in order to get the long run average. A static asset allocation often becomes the response of those traditional analyses. There’s no real thought behind much of that analysis.

Is there any doubt that we are in the middle of huge structural change today brought on by the financial crisis at the very cusp of burgeoning boomer retirements. Creative thinking is needed to fill the holes caused by such structural changes.

A more complete analysis actually begins in the same way as the traditional analysis: crunching the historical data. But it must also reflect a subjective analysis of how things are different in a low-growth environment, the likes of which we have not witnessed in our lifetimes. This opens up a whole new set of questions.

Isn’t it logical that with the introduction of subjective and /or technical analysis that most investors will be wrong in their forecasts most of the time? Since most investors and their advisors will have different probabilistic forecasts of future events and prices, and since the one true forecast is known ex ante only to God, most investors will have been proven wrong most of the time. Some will be very wrong while others will be very right. These are mistakes in forecasting. Those mistakes generate what is known as endogenous risk.

Finally, you should challenge your advisor and his or her thinking. Is it merely traditional or is it post-modern? Your job of selecting an advisor is to discern which one is more likely to be less wrong most of the time or even very right, much of the time. These will likely be advisors that:

Speaking of portfolio optimization, aka asset allocation: we believe that a passive fixed asset allocation should not be used at all. This is what is often referred to as an “optimal portfolio.” Some advisors will suggest an alternative tactical allocation, but even that is usually revealed to be nothing more than a simple over- and under-weighting of particular asset classes. We prefer a technique known as “optimal policy” function that will cause an investor to stay heavily invested in the asset where high returns are being earned and largely disinvested in the other asset classes – both for fairly long periods of time on average. There is whole new world of thought out there. Take action now to improve your investment returns.

Scott Neal is President of D. Scott Neal, Inc., a fee-only financial planning and investment advisory firm. He can be reached via email at scott@dsneal.com or by phone 1-800-344-9098.