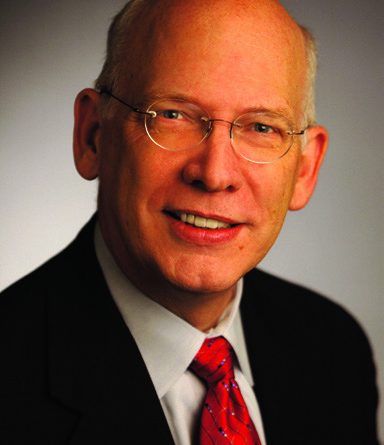 My military service happened right in the middle of the Cold War. Serving with the Army’s 1st Armored Division in Nurnberg, Germany, it was not uncommon to be rousted out of bed at 2:00 a.m. by a ringing telephone. The voice on the other end of the line would simply report, “Sir, we are now on alert.” That’s all that needed to be said. We were expected to report to duty within 20 minutes of receiving that call and to remain at a heightened state of defensive readiness until the commanders had decided that we could “stand down.” There was no discussion of whether the alert was a readiness drill or if it was in response to a very real threat from the enemy. Nor was there any indication as to how long we would remain “on alert.”

While I am not suggesting that there is a plausible comparison between the threat of nuclear war and that of losing money in the stock market, there is at least one useful parallel as we now consider managing the threat of the latter. Namely that complacency is not an option. We are On Alert.

If you are reading this, you probably have more than a passing interest in matters financial. You are undoubtedly aware that the U.S. stock market, as measured by the S&P 500, has had a significant rally in Q1 2013. That the venerable index is approaching a record high is probably not a surprise at all. Financial news channels are counting down the distance to the record number much like the Times Square ball drop on New Year’s Eve. As you may recall, the last record high was in October 2007.

“But this high is different,” you say. And you would be right on many fronts. Never before have we witnessed such infusions of liquidity into our financial system. In late February and again in March, Mr. Bernanke gave testimony that the Fed is going to continue its current programs for as long as necessary to achieve at least one of its end goals: full employment. Okay, he said 6.5% unemployment is his target but even that is considered full employment by many. And while Mr. B. indicates that they have the monetary tools to reverse the course before catastrophe hits, there is no historical precedent for that. My point is that the infusion of $85 billion a month into our system is a key ingredient for rising asset prices which can lead to complacency. Don’t let it happen to you.

So exactly where is the real threat?

From a technical standpoint, the current price levels of stocks should be viewed as a point of resistance. Only time will tell if the resistance is strong enough for a reversal. A breakout above the high could be bullish indeed and the rally could continue. However, the market has pushed high enough to be “stretched.” The reality is that a correction, while perhaps not immediate, will eventually come. And due to the artificial fuel injected by the Fed, it could be as ugly, or even more so, as the last two. Being aware of the risks and remaining on alert is paramount to one’s future financial well-being.

From a fundamental perspective there is not much evidence of a bubble in the stock market. At least that was what Mr. B. told Congress recently. He, as well as many others, seems to focus on corporate profitability to support the claim. Certainly corporations have stockpiled cash and have paid down debt, bolstering their balance sheets. From my training as an accountant, I am leery of how the accounting rules have changed since the last recession and wonder if we are really seeing comparative results of operations. In any event, as Lance Roberts of streettalklive.com points out, more important than the level of profitability is the relative growth trend of profits. He points out that recently “50% of those reporting have missed estimates [of profitability] and most have guided estimates lower in the coming year.”

The threat is that a correction is coming. When? Nobody can say for sure. It has been said that the stock market climbs a “wall of worry.” It is when the worry ends that we should all become truly concerned. Being lulled into a sense of complacency by the rise in asset prices is not where you want to be in the face of that threat. We are On Alert. Are you?

So what do you do?

If you are a traditional investor of the buy-hold-rebalance variety then you should probably be aggressively rebalancing your portfolio. Take some profits, in spite of the bad feeling that you will get from selling those assets that are fueling everybody’s excitement, and buying those that are out of favor. Consider selling losers that could fall even further. Cash would even become a valuable asset if a correction becomes reality.

If you are an active investor, more concerned with losing the capital that you have than with beating the market, risk controls are the order of the day. Trailing stop losses can work well. We do not place automatic stop loss orders on managed positions. Instead, we set “alerts” that fire when the price drops to a predetermined level. At that point we take an even closer look, make a risk assessment, and decide the next step for that asset.

We are On Alert. Are you?

Scott Neal is President of D. Scott Neal, Inc. a fee-only financial planning and investment advisory firm with offices in Lexington and Louisville, Kentucky. These are his opinions. Comments and questions are welcome and may be addressed to him via email at scott@dsneal.com