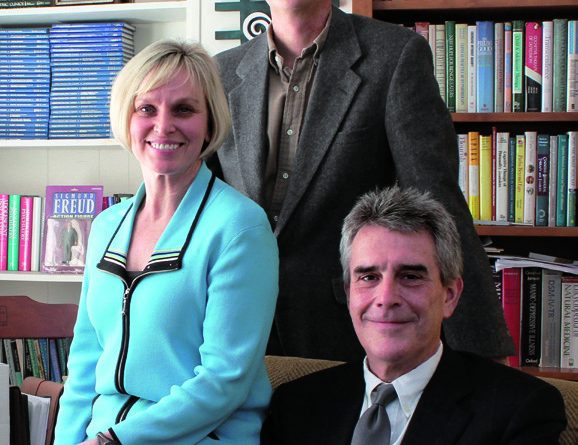 Drs. Randy Schrodt, Jr., Chris Schrodt, and Robyn Stinnett of Integrative Psychiatry in Louisville (profiled in M.D
.Update, January 2012) continue to expand the use of transcranial magnetic stimulation (TMS) in their psychiatric practice. TMS, an FDA-approved therapy for depressed patients who have failed to benefit from prior antidepressant therapy, is a noninvasive form of focused brain stimulation that uses rapid, repetitive, high energy magnetic pulses comparable in strength to MRI. The magnetic pulses generate an electrical field and cause neuronal depolarization in a small area of the adjacent cortex, as well as distal effects in other brain regions involved in depressive disorders. Unlike electroconvulsive therapy (ECT), TMS does not involve general anesthesia or seizure induction, and no impairment of cognitive function is encountered.

Integrative Psychiatry is one of 42 clinical practice sites, both university and private practice, that participated in a recently completed and published “real world” study, “Transcranial Magnetic Stimulation for Major Depression: A Multisite, Naturalistic, Observational Study of Acute Treatment Outcomes in Clinical Practice” (Carpenter et al, Depress. Anxiety, 29:587–596). The results show that response and adherence rates are similar to those observed in research populations. In this study, clinician-assessed response (>50% improvement) rates were 58%, with 37% of previously treatment refractory patients achieving full clinical remission. This spring, the results of the follow-up 3, 6, 9, and 12-month assessments will be published, which will provide important information about the durability of antidepressant benefit with TMS.

Integrative Psychiatry has also been selected as a research site for a new study on the use of TMS in postpartum depression. Postpartum depression (PDD) has been reported in 10–15% of women following delivery. It is the most common complication of childbirth, and 20% of deaths in the postpartum period are due to suicide. PDD is strongly associated with lower quality of maternal-infant bonding, early discontinuation of breastfeeding, higher risk of impaired cognitive and emotional development in the child, as well as negative impact on other members of the family. Although antidepressant medications are commonly used in the treatment of PPD, they are usually excreted in breast milk. Many nursing mothers wish to avoid exposing their infants to these antidepressants, and the unknown future effects. In addition, a significant number of depressed woman do not adequately respond to antidepressant medication, and many experience intolerable side effects. Transcranial magnetic stimulation is unique compared to other somatic therapies for depression because there are no systemic side effects that would interfere with child care, and no risk of exposure to the infant through breastfeeding.

Physicians or patients interested in more information about transcranial magnetic stimulation or eligibility for the postpartum depression study can check louisvilleTMS.com, or contact Randy Schrodt, Jr., MD at (502) 327-7701. 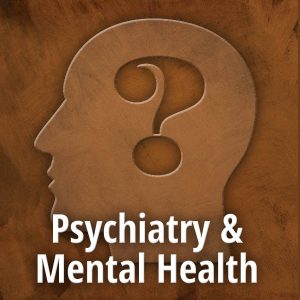