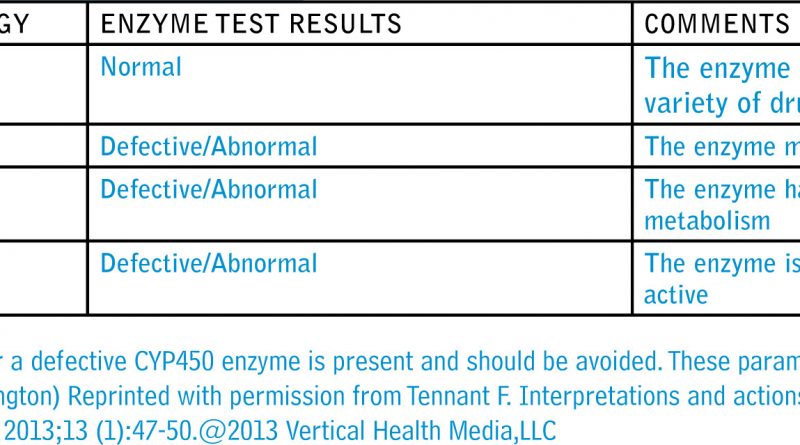 FRANKFORT Genetics-based Personalized Medicine has long been the medicine of the future – looming forever, it seems, one medical breakthrough from standard of care.

Promising though it has been, it is only recently that physicians have decided the time is now for incorporating Personalized Medicine into practice and those who don’t understand the genetics of their patients are likely to be left behind.

Nowhere is the individual more unique and important than in the treatment of pain. Fully 48% of patients presenting in pain clinics have genetic variations that indicate changes in dosing or drug selection. In addition, the entirely subjective nature of pain leaves physicians vulnerable to regulatory problems, since it has been impossible, in the past, to separate people who are really suffering from those who are merely seeking drugs.

Richard Lingreen, MD, of Commonwealth Pain Specialists in Frankfort has being employing genetic testing for his patients since the fall of 2012 with impressive results. “I can perform a simple cheek swab and within a week, or few days, have results that allow me to tailor the dosage of my patient’s pain medicine that will give us the highest accuracy possible for optimum results,” says Lingreen.

“Some call it Personalized Medicine. I prefer Tailored Pain Medicine,” he says.

The genetics of pain is based, like most pharmacogenetics for Personalized Medicine, on variations in the Cytochrome P450 (CYP) family of enzymes. It is now possible to detect genetic variations in the genes that control CYP. Those variations affect the pace at which the body uses the drug: how it is metabolized, transported, and received by an individual patient.

The tests are not hard to administer. For the clinician, it’s a simple swabbing of the patient’s cheek and sending it to a pharmacogentic diagnostic laboratory. The lab will test the set of genes that govern the effectiveness of medications used to treat pain. It’s important that the lab chosen supply not just raw genetic data, but an interpretive report that gives physicians and patients the information they need to design an optimal treatment path: medications that will work and those that won’t, as well as dosage parameters and alternative treatment paths.

Lingreen says when the lab results come back, “the conversation changes. I have a much more informed, scientific, evidence-based reason for prescribing certain drugs for my patients, based on their DNA.”

The treatment of pain often overlaps with treatment of other kinds. Here, again, genetics can simplify what has been almost impossibly complicated. Balancing the polypharmacy of pain and, for example, cardiology, takes a deft touch under the best of circumstances. Many of the cardiac patients seen in pain clinics can also be managed better with genetic testing. There are genetic tests that improve the treatment of patients taking anti-platelet and blood-thinning medications. Understanding patient genotype can identify those in need of higher dosing, to safely anticoagulate, or lower dosing to avoid bleeding incidents.

But it is in the treatment of the combined effects of pain and depression where physicians like Lingreen use pharmacogenetics to truly tailor and personalize medicine. There are dozens of drugs available for the treatment of depression, and choosing between them is as much art as it is science. It can take months to find the right combination of drug and dosage, a compounding cycle of pain and depression. Lingreen says he has given lab results to primary care physicians who are treating his patients for depression.

While the application of pharmacogenetics to Personalized Medicine is science in its infancy, the results are helpful enough that Medicare and most private insurers reimburse the tests. There are newly developed and more specific tests coming along as well, promising physicians a transformational new tool in the treatment of their patients. Genes are being identified that govern not just the metabolism of drugs, but the transporters and receptors that heavily influence a drug’s effectiveness. Researchers recently developed tests that determine which of the variant (10) different mu receptors the patient may have.

It’s no wonder, given the rapid evolution of pharmacogenetics and the increasingly obvious benefits of Personalized Medicine, that Lingreen and physicians in other specialties are incorporating genetics into their practices. It may not be long before genetics is as commonly a part of medical practice as blood typing and CBCs. It will take hold first in specialties where the need is most desperate, where existing standards have the most room for improvement.

Genetic testing will spread, and as it does, it will provide both doctor and patient confidence that the treatments administered are the best possible. “Personalized and tailored medicine means that my patients have the most technologically and medically advanced pain treatment plans,” says Lingreen. “It’s the ultimate in evidence-based medicine. It’s my patient’s DNA and it doesn’t get any more personalized or evidenced-based than that.”