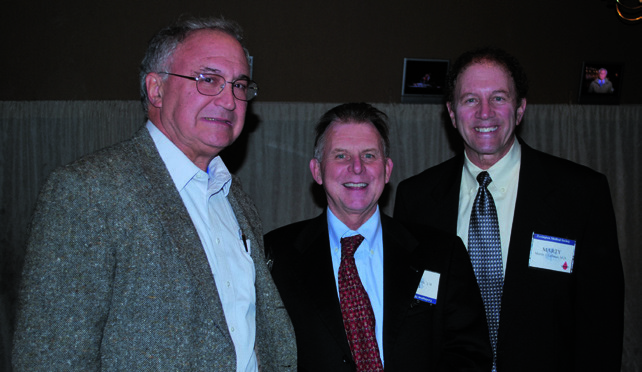 The 25th annual Central Kentucky Heart Ball, held on Saturday, February 16, 2013 drew record crowds and raised more than $250,000 to support cardiovascular research and preventative education in the local community. This event, chaired by Terry and Ann McBrayer, featured musical selections performed by the UK Opera Theatre. The evening also honored Jim and Pat Host for their contributions to Kentucky.

Organizers of the 2nd annual “Bottoms Up Bash” a fundraiser for the Colon Cancer Prevention Project, (CCPP) founded by Dr. Whitney Jones, report that over 500 people attended the event on March 1st 2013 at the Mellwood Art Center in Louisville, KY. More than $40,000 was raised through ticket sales and a silent auction.

The CCPP, a 501 (3)(c), is an independent not for profit dedicated to eliminating preventable colon cancer in Kentuckians through education, advocacy and health system improvements. It was founded in 2004 by Jones, a Louisville gastroenterologist. In eight years since the CCPP began, Kentucky has improved its rank of states with colon cancer screening from 49th to 32nd and the colon cancer incidence and mortality rates have declined 16%.

In 2012, the CCPP successfully led the advocacy effort to fund the Kentucky Colon Cancer Screening Program, and is a partner in the Screening Program for low-income, uninsured individuals in Louisville. “We are continually overwhelmed by the number of people who are committed to the Colon Cancer Prevention Project,” says Jones, “and we are grateful for their support.”

The Bottoms Up Bash event was presented by KentuckyOne Health.

Ardis Dee Hoven, M.D., president-elect of the American Medical Association, spoke briefly at the Lexington Medical Society meeting March 12. Hoven discussed her approaching inauguration as president of the AMA, and she said she is implementing a bidirectional communication effort to listen to physicians across the country. She applauded members of LMS for their leadership, saying that leadership at the local level is much more difficult, and she thanked members for their support in helping her rise to the AMA presidency.