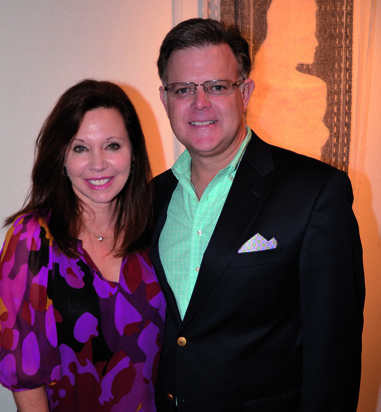 LEXINGTON For 27 years, the Lexington Art League has presented The Nude, an exhibition exploring the figure in contemporary art. This year’s theme, Self & Others, specifically challenged artists to consider the nude and its influences on who we are and how we relate to others. That concentration on Self & Others, led Becky Alley, LAL’s exhibitions and programs director, to expand the visual art offerings associated with the annual Nude.

“When we asked artists to consider Self & Others as a sub-theme to The Nude, we were referencing self-portraiture and figure study, but we were also asking them to think about the self stripped down to its barest bones, to consider conceptual undercurrents wrapped up in the figure,” Alley said. “Recent work by Gaela Erwin, an artist who has worked in self-portraiture for more than 20 years, seemed an interesting extension of that idea, so we added a second exhibition of her work.

Erwin’s exhibition, My Mother, My Sister, Myself: Portraits by Gaela Erwin, represents a departure from self-portraiture. After receiving a grant from the Italian Cultural Institute of Louisville, Erwin traveled to Rome to spend several weeks studying the intense realism of Caravaggio. Inspired by his use of light, Erwin began painting portraits of her mother, who is in declining health due to dementia.

“At one point in my mother’s illness I had to make frequent trips to her North Carolina home, and I always left feeling exhausted and grief-stricken,” said Erwin. “Worse still, I found myself resenting time away from the studio even though I knew I was doing the right thing. I reframed my visits as an extension of my studio practice and began photographing my mother and turning the images into portraits. I came to see visiting my mother in a new light – literally – and the experience allowed my mother and I to connect in a way that her illness typically didn’t allow. Mom, who had always enjoyed being photographed, relaxed during the sessions. They made her feel useful to my work, which she valued, and it was her way of nurturing me.”

Erwin’s portraits exploring the evolving relationships with her mother and her sister offer a deeply personal investigation of Self & Others that mirrors the contextual themes presented on a larger scale in The Nude.

Featuring more than 50 works of art culled together from more than 600 submissions, The Nude, which is supported by M.D. Update, features the work of artists from four countries and 16 states, including Kentucky. Juror Ebony Patterson, assistant professor of painting at University of Kentucky, noted that contemporary artists are using the human figure to delve into issues of sexuality, identity, gender politics, fertility, disability, beauty, love, and vulnerability.

“The figure, especially the nude figure, is powerful on its own because it’s absolutely universal; we’re all humans and we all have a nude state of being,” said Patterson. “Because it is such a raw subject, it can easily carry the burdens of this human experience. The Nude: Self & Others demonstrates the power of the figure to reveal social, political, and personal issues that are central to modern life.”