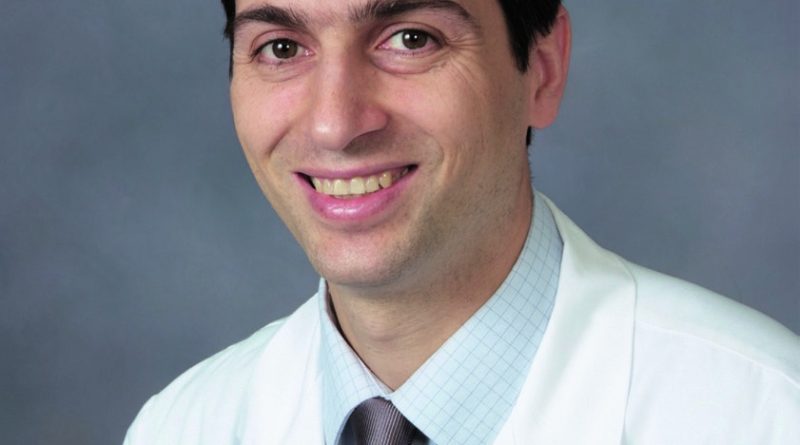 Digoxin, a drug widely used to treat heart disease, increases the possibility of death when used by patients with a common heart rhythm problem – atrial fibrillation (AF), according to a study by UK HealthCare researchers. The results were just published in the prestigious European Heart Journal, and they raise serious concerns about the expansive use of this long-standing heart medication in patients with AF.

A group of University of Kentucky researchers – led by Dr. Samy Claude Elayi, associate professor of medicine at UK HealthCare’s Gill Heart Institute – analysed data from 4,060 AF patients enrolled in the landmark Atrial Fibrillation Follow-up Investigation of Rhythm Management (AFFIRM) trial. This analysis was intended to determine the relationship between digoxin and deaths in this group of patients with atrial fibrillation, and whether digoxin was directly responsible for some deaths.

“These findings raise important concerns about the safety of digoxin, one of the oldest and most controversial heart drugs,” said Steven E. Nissen, MD, Chairman of Cardiovascular Medicine at the Cleveland Clinic. “Although considered obsolete by some authorities, digoxin is still widely used. A thorough review by the FDA is warranted to determine whether regulatory action is needed, including stronger warnings about the use of digoxin in patients with atrial fibrillation.”

Digoxin is extracted from the foxglove plant and it helps the heart beat more strongly, and at a slower heart rate. It is commonly used in AF patients and in patients with heart failure. However, it can be problematic to use successfully as there is a narrow dose range at which it is effective, and beyond which it can be dangerous.

Though digoxin has been used by physicians treating AF for decades, until now, there has been limited evidence demonstrating the effect of digoxin in patients with this condition. “Digoxin in AF patients has hardly been studied,” said Elayi. “The main prospective randomised controlled trials available with digoxin were performed in patients with heart failure and sinus rhythm, and routinely excluded AF patients.”

“This study calls into question the widespread use of digoxin in patients with AF, particularly when used for controlling AF rate in a similar way as in the AFFIRM trial,” Elayi said.

“These findings suggest that physicians should try to control a patient’s heart rate by using alternatives such as beta-blockers or calcium blockers, as a first line treatment,” Elayi said of the study’s results. “If digoxin is used, prescribers should use a low dose with careful clinical follow up, evaluate potential drug interactions when starting new medications, and monitor digoxin levels.

“Patients should also be aware of potential toxicity and see their physicians immediately in specific clinical situations. For instance, if they experience increasing nausea, vomiting, palpitations or syncope, as those may precede arrhythmic death,” Elayi added.

The researchers say that the mechanism by which digoxin increases deaths among patients is unclear. Deaths from classic cardiovascular causes – whether or not they are due to arrhythmia – can partly but not entirely explain it. This suggests there must be some additional mechanism that remains to be identified,” said Elayi.

As a result of these findings, the authors conclude in their paper: “Our study underscores the importance of reassessing the role of digoxin in the contemporary management of AF in patients with or without HF.”

He concluded: “There is a need for further studies of the drug’s use, particularly in systolic heart failure patients and AF – patients that would, in theory, benefit the most from digoxin.”

OUR STUDY UNDERSCORES THE IMPORTANCE OF REASSESSING THE ROLE OF DIGOXIN IN THE CONTEMPORARY MANAGEMENT OF AF IN PATIENTS WITH OR WITHOUT HF.