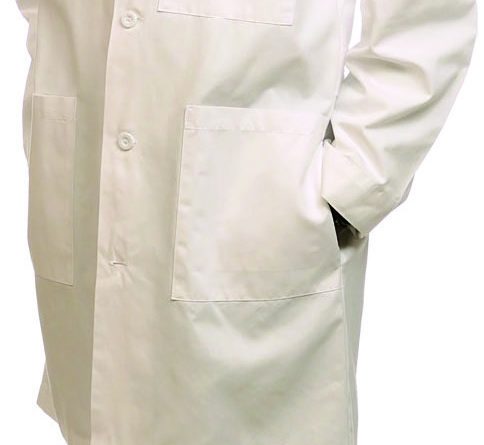 “Approximately five million American are affected by atrial fibrillation today, and an estimated 15 million will be impacted by the year 2050 due to our aging population,” said Ted Wright, MD, a cardiothoracic surgeon with Saint Joseph Cardiothoracic Surgical Associates.

Atrial fibrillation is particularly dangerous because it increases the risk of stroke. By some reports, the degree of stroke risk can be up to seven times that of the average population, depending on additional risk factors.

There are two categories of treatment for atrial fibrillation: rate control and rhythm control. Sometimes physicians are too quick to treat symptoms, but Lamiy proposes a different set of guidelines for determining which category of treatment to pursue.

“If a patient has no symptoms, we will not be aggressive in treatment other than rate control and anticoagulation standard treatment, if indicated,” said Jeffrey Schoen, MD, director of Electrophysiology at Saint Joseph Hospital. “If a patient has significant symptoms and is unresponsive to medical treatment, then we will pursue the goal of achieving and maintaining sinus rhythm.”

Sometimes atrial fibrillation can lead to slow alternating with fast rhythm, called brady/tachy syndrome. Often medications and a pacemaker will effectively treat this problem. If rate control is unresponsive to medications, then AV node ablation can be effective for rate control.

Schoen says it is important for physicians to explore symptoms further. “The longer the patient is in atrial fibrillation, the less chance we have to get that rhythm straightened out,” Schoen said.

Therapies for treating atrial fibrillation range from medication to electrophysiology or ablation, and minimally invasive surgery to open-heart surgery.

“We have many tools, including antiarrythmic medications, electrical cardioversion, catheter and surgical ablation,” said Schoen.

If medication is ineffective or it is determined the patient needs a higher level of therapy, often the next step is ablation, which involves a catheter inserted into a specific area of the heart. A cardiac electrophysiologist works to disconnect the source of the abnormal rhythm from the rest of the heart.

Patients with persistent atrial fibrillation (greater than seven days and less than one year duration) are more challenging catheter ablation cases. Data from the Saint Joseph EP team showed complete success was achieved in 76 percent of cases and additional partial success in 20 percent of cases. These patients were satisfied with their clinical outcomes not necessitating additional procedures.

Recent developments have lead to ablation procedures being performed using cameras and radiofrequency energy sources that are very safe while remaining effective. This technique uses small incisions on both sides of the chest.

“We now have minimally invasive approaches so the amount of surgery a patient is exposed to is dramatically less, includes very little risk and high success rates,” said Salley.

“This approach has been a nice addition to our program for catheter ablation failure and some of the more longstanding cases of persistent atrial fibrillation as first treatment,” said Schoen. “Our goal is to provide clinical benefit to our atrial fibrillation patients by the optimal treatment available at Saint Joseph Hospital.”

In recent years, advancements in technology have led to less invasive mini maze procedures being performed on patients with lone or sole atrial fibrillation.

The maze procedure is more invasive and performed with a sternotomy.

“Approximately 75 percent of patients who undergo the classic maze procedure via sternotomy are free from arrhythmia and medical therapy,” said Wright. “We hope to improve upon this using a hybrid approach.”

Another newer development is hybrid ablation, which continues to be studied for treatment of persistent and longstanding, persistent atrial fibrillation. Hybrid ablation uses a dual approach. An electrophysiology cardiologist ablates from inside the heart and a cardiothoracic surgeon ablates on the outside of the heart. This combined approach provides these patients with a minimally invasive treatment option.

Saint Joseph Hospital is currently working to establish an atrial fibrillation clinic model where patients have access to multiple doctors using a multidisciplinary approach. Cardiologists and surgeons work to evaluate patients and identify the best treatment option for each individual.

“The best way to treat atrial fibrillation patients over the long term is with a multidisciplinary approach that includes general cardiologists, electrophysiology cardiologists and cardiothoracic surgeon,” said Wright. “That is how we can best identify the appropriate therapy at the appropriate time.”

The clinic approach provides patients with options very quickly, without various doctors’ visits, and gives them a complete therapeutic plan. This allows patients to select the therapy that they feel is best for them.

The clinic is modeled after centers across the country that have been very effective in both raising awareness in their communities and given patients the tools they need to get effective treatment. The clinic at Saint Joseph hopes to provide patients with a single phone number and educational materials to access the multidisciplinary approach. A nurse coordinator will work one-on-one with patients and lead them through the care process.

“Over the long term, the best way to serve this population of patients is through directed care by a center of excellence using a multidisciplinary approach,” said Wright.

Patients will be able to call directly for an appointment, or be referred by their cardiologist or primary care physician. The keys are to identify the problem and begin therapy as soon as possible.

HYBRID ABLATION USES A DUAL APPROACH. AN ELECTROPHYSIOLOGY CARDIOLOGIST ABLATES FROM INSIDE THE HEART AND A CARDIOTHORACIC SURGEON ABLATES ON THE OUTSIDE OF THE HEART.