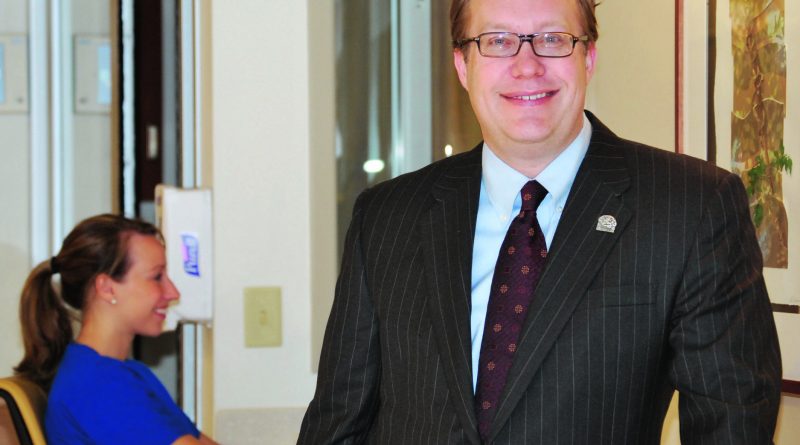 LEXINGTON “Although we are the very best in college basketball in Kentucky, we are not the very best in controlling risk factors for stroke and other vascular disease,” says neurologist Michael Dobbs, MD, director of the UK Comprehensive Stroke Program. “As a matter of fact we’re among the very worst in the country. We’re ranked in bottom five for the most serious risk factors for stroke, including poorly controlled blood pressure, diabetes, and high cholesterol, not to mention smoking.”

While this year’s preseason college basketball rankings are undoubtedly more familiar to Kentuckians than the state’s stroke statistics, for Kentucky physicians this is no revelation. However, what is notable is the connection between Kentucky’s high incidence of disease and the high volume of stroke patients at the UK Comprehensive Stroke Center, a volume which has tripled since Dobbs trained at UK in the late 1990s. The center treated more than 1500 stroke patients last year, making it not only the largest stroke center by volume in Kentucky, but placing it among the top centers in the nation. Its population includes about 30% hemorrhagic stroke, double the national average.

Beyond the overall health of Kentucky’s population, Dobbs attributes UK’s volume to the exclusivity of its services. As a comprehensive stroke center, they offer any eventuality of stroke care, from medical management and risk factor control to the most complicated surgical care. “We are really only place in Kentucky that offers the degree of complexity of stroke care that we do,” says Dobbs.

UK does not take its position at the top of the pack lightly. According to Dobbs, the two most important trends in neurology today are quality and safety. “I think it’s best for us to lead those and shape those here at UK, so that we can better know how to serve our unique population,” he says. UK’s leadership is evidenced by their mortality index, which tends to be lower than most academic centers nationally. As opposed to mortality rate, mortality index takes into consideration the severity and complexity of patients and measures whether mortality incidence is lower than expected.

An illustration of UK’s commitment to stroke care is their new advanced care stroke unit at UK Chandler Hospital. Opened in May 2011, the unit features 20 stroke beds staffed by neurology trained nurses and physicians and 24 ICU beds dedicated for stroke and neurologic patients. Dobbs believes this level of skill and expertise is the key to quality and safety. “That’s really what makes the difference in preventing complications from stroke,” he says.

As director of the Stroke Center since 2010, Dobbs leads a team of professionals he says starts at the top, with Executive Vice President of Health Affairs Dr. Michael Karpf. Neurosurgery is led by Dr. Justin Fraser, and interventional neuroradiology is led by Dr. Abdulnasser Alhajeri. The physicians are backed by a team of specially trained nurses, including a neurology nursing director, stroke unit nursing director, and stroke program coordinators.

In 2008, Dobbs developed a Stroke Care Network to partner with community hospitals to improve quality and outcomes for stroke patients. The program, which began with Georgetown Community Hospital, now encompasses 21 hospitals in the state and sees about 5,000 patients annually. “What we strive to do is have a strong base in education for physicians, nurses, and emergency medical personnel, but also for public at large,” says Dobbs, who estimates the program has screened 10,000 people over the last several years.

Going forward, electronic health records (EHR) will be influential in stroke care. “We are in the process of building a stroke registry within our network to better track quality and outcomes,” he says.

Another initiative of the network is educating school children on how to recognize stroke symptoms and prevent risk factors for stroke. Dobbs likens this to teaching foreign languages to kids at a very young age, when they best learn them. “If we’re successful, we should have healthier Kentuckians for the next generation, and the extra effects will be that we will not only have fewer strokes but fewer heart attacks and less costs in healthcare” he says.

UK’s distinctiveness continues in the research realm, as they are one of only a few major hubs in the country for a clinical trial called NETT (Neurologic Emergency Treatment Trial). Through the efforts of Comprehensive Stroke Center founder Dr. L. Creed Pettigrew and Emergency Chief Dr. Roger Humphries, MD, the center received an NIH grant for emergency neurologic care, a vehicle for multiple clinical trials. Currently the center has two stroke trials underway in the NETT program. “Additionally, we are among the early stroke programs to treatment patients with stem cells for ischemic stroke,” says Dobbs.

“It is our responsibility at UK HealthCare as a flagship university medical center for the state to lead the improvement of stroke care throughout the state.”– Dr. Michael Dobbs

Michael Dobbs, MD, is director of UK HealthCare’s stroke program, recognized as the leading center in Kentucky for the management of stroke. To learn more visit ukhealthcare.uky.edu/stroke.