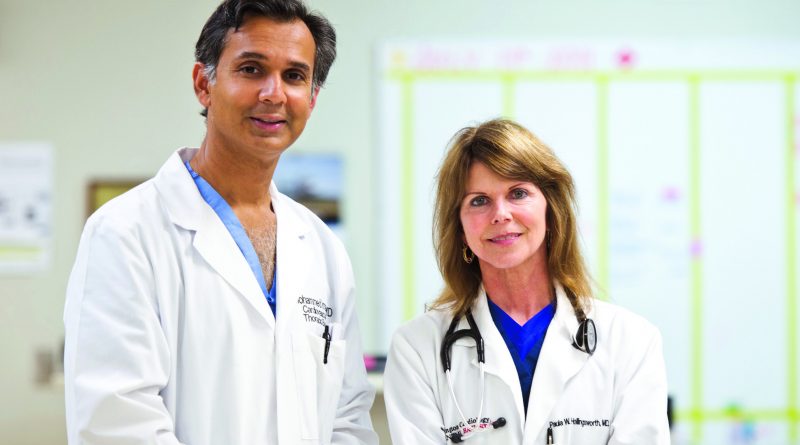 LEXINGTON Coronary artery disease (CAD) took center stage in the 1980s to early 2000s, but with aggressive medical management and raising awareness in the population, the incidence of CAD has been dramatically reduced. Instead, CAD has been upstaged by valvular heart disease, primarily aortic stenosis (AS). Within the next decade or two AS will represent a medical tsunami on the cardiology horizon because of an aging population.

There are approximately 1.5 million cases of AS in the United States at this time. Survival after the onset of symptoms is about 50 percent at two years. Various studies have shown that up to 60 percent of patients with severe AS are untreated. Reasons for this profound under-treatment are primarily because the patient has either been deemed inoperable (“misunderstood” risk of surgery), the patient has not received a definitive diagnosis, or the family and patient have declined the procedure due to frailty or advanced age.

Surgical AVR is gold standard for AS and should be performed promptly once symptoms occur due to the high risk of sudden death. Some patients may be too high risk or inoperable, and these are exactly the patients who are best suited for transcatheter aortic valve replacement (TAVR).

Results of TAVR were evaluated by the pivotal PARTNER trial, which compared TAVR to other modalities of treatment, i.e. medical management and surgery in high-risk patients. TAVR was shown to lower mortality by almost 50 percent compared to medical management. In the other cohort, TAVR was shown to be non-inferior to surgical AVR in high-risk patients, but incidence of stroke and vascular injury was greater with TAVR.

At Central Baptist Hospital, these procedures are done in the hybrid operating room, which is a cross between a surgical suite and a cardiac cath lab. Currently, only the Edwards Sapien valve has been approved by the Food & Drug Administration and can be placed either transfemorally or, in patients who do not have good vascular access, through the apex of the left ventricle (transapical-TA). TA is done through a mini-thoracotomy without stopping the heart or using the heart-lung machine.

TAVR is approved by the FDA only for inoperable patients or very high-risk patients. When patients with severe AS are referred to the Heart & Valve Center at Central Baptist, they are evaluated by a valve nurse navigator and undergo an echocardiogram and a CT angiogram to evaluate the vascular access. They are then evaluated by a heart team consisting of two cardiac surgeons and two interventional cardiologists. If the patient is deemed inoperable or high risk, he/she will undergo TAVR.

It is important that patients should not have any significant co-morbidities that would preclude the expected benefits from the correction of the AS. The patient should be “dying of” rather than “dying with” AS. The best outcomes in medicine are achieved when the correct procedure is applied to the correct patient. When done appropriately, TAVR adds “years to life” and “life to years” in this group of patients with an otherwise very dismal prognosis.

WITHIN THE NEXT DECADE OR TWO AORTIC STENOSIS WILL REPRESENT A MEDICAL TSUNAMI ON THE CARDIOLOGY HORIZON BECAUSE OF AN AGING POPULATION.