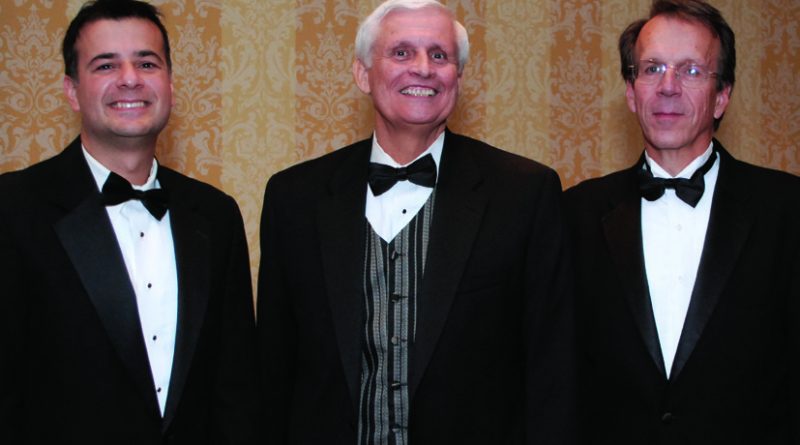 DANVILLE On November 7, members and guests of the KMA Alliance and the Greater Louisville Medical Society Alliance toured the Ephraim McDowell House in Danville, KY where the first surgery in the state of Kentucky was performed on Christmas morning 1809 by Dr. Ephraim McDowell who removed an ovarian tumor. It was first thought that the patient, Mrs. Jane Todd Crawford, was expecting twins. But after examination McDowell assessed that it was a tumor. The surgery to remove the 22.5 lb tumor was performed without anesthetic or Antisepsis, neither of which was known in the medical profession at that time.

The Alliance member’s tour included a recap of the history of the house and McDowell’s famous surgery, followed by a tour of the upstairs bedroom where the surgery was performed, the apothecary which houses a large collection of late 18th and early 19th century apothecary ware and the garden. The afternoon ended with a tea in the formal dining room.

The Greater Louisville Medical Society Alliance has contributed to the restoration of the children’s room at the McDowell house and continues to support the preservation on a regular basis. A restoration of the slave quarters is now underway.

The McDowell house was purchased by the KMA in 1935. They deeded the house to the state of Kentucky, who had it restored by WPA.

LOUISVILLE Attendees of the Kentucky Sleep Society (KSS) heard from a national expert in transportation safety of the dangers resulting from fatigue at the annual Fall Meeting of the KSS. The keynote speaker of the conference, Member Mark R. Rosekind, PhD, National Transportation Safety Board presented the NTSB’s approach to sleep disorders and the public’s safety.

The mission of the NTSB, said Rosekind, is to determine the probable cause of major accidents on the nation’s highways, railroads, waterways and airways and to make recommendations so those accidents don’t happen again. The NTSB is an investigative and advocacy group and has no regulatory, enforcement or legislative authority.

Fatigue resulting from sleep disorders, sleep loss, and circadian rhythm disruptions have been identified as a probable cause in accidents in every mode of transportation and fatigue has been on the NTSB’s “Most Wanted” list of safety improvements since the list was first published in 1990. From its accident investigations, the NTSB has made over 200 safety recommendations related to fatigue.

Fatigue is defined by NTSB criteria that recreates, at a minimum, the previous 72 hours of an operator involved in a crash. The criteria include the quantity and quality of the operator’s sleep; when did the accident occur and what was the circadian rhythm or body clock of the operator; how many hours had the operator been awake prior to the crash; and has the operator been diagnosed with a sleep disorder.

According to Rosekind, people with sleep apnea have a 6x greater risk factor for having a car crash than people without the sleep disorder. Yet 80% of people with sleep apnea are undiagnosed. “Health care providers are the critical element in dealing with the public’s education of the risk factors from sleep disorders,” said Rosekind. Education, diagnosis, treatment and compliance are the top four methods for dealing with the problem, he said.

Currently, there is little and inconsistent federal policy directly addressing sleep disorders, stated Rosekind, in spite of the fact that the NTSB has recommended the establishment of such programs for over a decade. In fact only in 2011 were new major rule changes made in “hours of service” for transportation workers. Previous rules of “hours of service” had been in effect since the 1930’s.

Medical evidence states that a high body mass index of 30–35 is often an effective predictor of sleep apnea, said Rosekind, but not everyone with sleep apnea has a high BMI. Similarly, gathering reliable statistics from local law enforcement officials investigating crash site is challenging, said Rosekind. Local police are not medically trained to recognize sleep disorders and operator’s in a crash are often not able to remember exactly what happened before the crash.

The greatest misconception among the public, said Rosekind is how much they underestimate the prevalence of sleep disorders and how much risk they pose to the general public when undiagnosed and untreated. “In the transportation industry, people with sleep disorders are a risk threat to themselves and to everyone they come in contact with,” he said, “and education is a top priority for addressing the problem.”

Go RED For Women: All About Survivors

LEXINGTON On Friday, November 16, more than 650 women attended the Central Kentucky Go Red For Women Luncheon to learn how to reduce their risk of cardiovascular disease – the number one killer of women. Highlights of the day included guest speaker, and “
Survivor Nicaragua
” contestant, Holly Hoffman and the Macy’s Survivor Fashion Show. The event raised nearly $130,000 for the American Heart Association, which will be used for research and education efforts in Central and Eastern Kentucky.

LEXINGTON Almost 300 supporters of the Saint Joseph Hospital Foundation (SJHF) enjoyed an evening of dining, dancing, silent auction and entertainment provided by Off The Clock at the 24th Annual Evening with the STARS (Saint Joseph Associates for Renowned Service) on Saturday, November 10, 2012 at the Marriott Griffin Gate.

SJHF president and CEO Barry Stumbo recognized the significant impact the STARS program has had on the foundation, raising over $1 million to support the SJHF mission and outreach programs. “This is not about income, it’s about impact,” said Stumbo, “and the critical need to reinvest in our equipment, our technology, and our people.” STARS fundraising program has supported the Patient Family Assistance Fund and contributed to the acquisition of new EKG, nursing simulators, and digital mammography.

STARS president, Leslie Fannin said, “Each year, the committee strives to exceed the previous year’s goal and this year is no exception. Philanthropic partnerships with the community allow Saint Joseph to continue its ministry and mission began by the Sisters of Charity of Nazareth over 130 years ago. We work hard to ensure that Saint Joseph patients and families receive the highest quality of care possible for mind, body and soul.”

STARS has hosted this annual gala since 1989, raising almost $1 million in that time. SJHF is a part of KentuckyOne Health, and it invests in outstanding patient care facilities and services, the education of health caregivers, advanced clinical research and improved access to quality medical care. One of the Foundation’s primary goals is “to bridge the gap between medicine and compassion.”