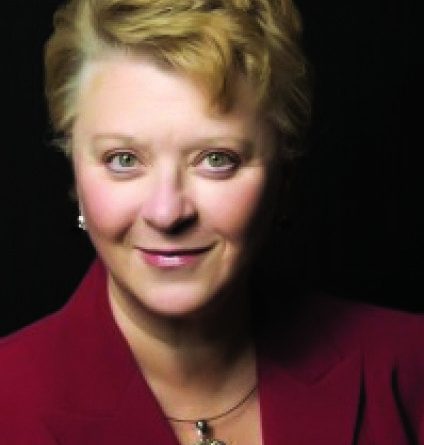 LOUISVILLE Kenneth Lucas, MD, has joined University of Louisville Department of Pediatrics as division chief of Pediatric Hematology-Oncology and Stem Cell Transplantation, and Kosair Children’s Hospital as Chief, Pediatric Hematology/Oncology. Formerly a Pennsylvania State University researcher and pediatric cancer physician, Lucas brings with him the Phase 1 Trial of a vaccine to prevent recurrence of neuroblastoma and sarcoma, among the most common and deadly of all childhood cancers.

The trial, which began at Penn State a year and one-half ago, is generating referrals from around the world. With Lucas’s appointment, The Addison Jo Blair Cancer Center at

Kosair Children’s Hospital will be the primary site for this trial. Thus far, he has recruited about half the patients allowed for this study.

Lucas replaces Salvatore Bertolone, M.D., who has been named University of Louisville Department of Pediatrics Chief Clinical Operations Officer. Bertolone will continue to see pediatric cancer patients in addition to overseeing the operations of the department’s 13 subspecialty practices.

Lucas developed his research in stem cell transplantation and immunotherapy for cancer and post-transplant infections during his fellowship at Memorial Sloan Kettering Cancer Center. He received his medical degree in 1989 at the State University of New York Upstate Medical Center in Syracuse and completed his pediatrics residency in 1992 at Children’s Hospital of Pittsburgh. Before joining the University of Louisville, he was the director of the Pediatric Stem Cell Transplant Program at Penn State Hershey Medical Center.

Woodford Family Physicians, PSC, is a physician group practice that has been providing high quality, personalized care for residents of Woodford County since 1994.

“By combining our efforts, we are better positioned to provide the best care for our patients,” said Steve T. Vogelsang, MD, Woodford Family Physicians, PSC.

LEXINGTON Pell Wardrop, MD, of Lexington was awarded the American Academy of Otolaryngology—Head and Neck Surgery (AAO-HNS) Honors Award and was recognized during the AAO-HNSF 2012 Annual Meeting & OTO EXPO at the Walter E. Washington Convention Center in Washington, DC, in September.

The AAO-HNS presents the Honors Awards to medical professionals in recognition of extensive meritorious service through the presentation of instructional courses, scientific papers, and participation on any AAO-HNS/F committee or in an Academy leadership position.

LOUISVILLE KentuckyOne Health, a leader in cardiovascular care, announced that it will invest an additional $30 million in its KentuckyOne Heart and Vascular Institute over the next three years. KentuckyOne has already invested more than $100 million over the past 10 years bringing the total investment to more than $130 million during that time.

KentuckyOne Health treats more heart patients than any other health system in the state of Kentucky and has performed many firsts in heart care in Louisville, Lexington, the region, state and world. Plans for the additional $30 million include investments in outreach, collaboration, technologies, and programs.

“With KentuckyOne’s development of virtual/remote consultation clinics across the state of Kentucky, doctors can provide care to patients with heart disease closer to their homes,” said Mark Slaughter, M.D., newly appointed executive director of cardiovascular services for the KentuckyOne Health Louisville market and the director of the Division of Thoracic and Cardiovascular Surgery at the University of Louisville.

“Investment in state-of-the-art technology upgrades of our cardiac catheterization and electrophysiology laboratories means patients across central and eastern Kentucky will have access to more of the newest technologies in the U.S.,” said Robert Salley, MD, new KentuckyOne Health executive director of Cardiovascular Services in the Lexington market. “We will see enhancements to our coronary care nursing units and expansion of our cardio diagnostics ambulatory platform.”

Physician alignment will also be a large part of the investment with an expansion of the heart and vascular physician network within a Clinically Integrated Network, partnerships and affiliations with healthcare continuum partners, along with an additional cash infusion in the ambulatory electronic health records.

UK Researcher Among 14 in the U.S. to Receive Prestigious NIH Award

LEXINGTON Brandon Fornwalt, MD, assistant professor of pediatrics, physiology and biomedical engineering in the Division of Pediatric Cardiology at the University of Kentucky, has been selected to receive the National Institutes of Health (NIH) Director’s Early Independence Award. The award provides funding for junior scientists who have demonstrated outstanding scientific creativity, intellectual maturity, and leadership skills with the opportunity to conduct independent biomedical or behavioral research by skipping the traditional postdoctoral training period.

Fornwalt was among 14 exceptional junior scientists who have completed doctoral degrees or clinical residencies in the past year and have been chosen to be supported by the NIH Common Fund and contributing NIH Institutes. NIH plans to commit approximately $25.9 million to support their research projects over a five-year period. Fornwalt will receive $1.96 million over five years to advance his research in exploring the role of dyssynchrony – a condition where the heart suffers from uncoordinated contraction – in pediatric heart disease with magnetic resonance imaging (MRI).

Originally from South Carolina, Fornwalt joined the faculty at UK in 2011 and directs the Cardiac Imaging Research Laboratory at Kentucky Children’s Hospital. He attended the University of South Carolina receiving undergraduate degrees in mathematics and marine science. He worked in a free medical clinic for a year before starting a combined MD/ PhD program at Emory University and the Georgia Institute of Technology in Atlanta. After finishing his degrees in 2010, he completed an internship in pediatrics at Boston Children’s Hospital.

DANVILLE, LEXINGTON Ephraim McDowell Regional Medical Center (EMRMC) in Danville and Central Baptist Hospital in Lexington were named as two of the nation’s Top Performers on Key Quality Measures by The Joint Commission, the leading accreditor of health care organizations in America. The hospitals were recognized for exemplary performance in using evidence-based clinical processes that are shown to improve care for heart attack, heart failure, pneumonia, and surgical care.

EMRMC and Central Baptist were among 620 hospitals in the U.S. earning the distinction of Top Performer on Key Quality Measures for attaining and sustaining excellence in measurable performance. The list of Top Performers represents only 18 percent of more than 3,400 eligible accredited hospitals nationwide. The ratings are based on an aggregation of accountability measures reported to The Joint Commission during the 2011 calendar year.

Ruth Brinkley, CEO of KentuckyOne Health, and Valinda Rutledge, CEO of Jewish Hospital and KentuckyOne Health Louisville Market Leader, were included in the list of 120 women who demonstrate outstanding leadership within the hospital and healthcare industry. Honorees were selected based on a wide range of management and leadership skills, including oversight of hospital or health system operations, financial turnarounds and quality improvement initiatives.

This is the seventh time that Becker’s Hospital Review has honored Brinkley as a leader in healthcare, the fourth for Rutledge. Both leaders have appeared multiple times on lists of top “Women Hospital and Healthcare Leaders” and top “Hospital and Health System Leaders.”

LEXINGTON Central Baptist Hospital is one of only 164 hospitals nationwide to receive the American College of Cardiology Foundation’s NCDR ACTION Registry– Get With The Guidelines Platinum Performance Achievement Award for 2012.

The award recognizes Central Baptist’s commitment and success in implementing a higher standard of care for heart attack patients, and signifies that the hospital has reached an aggressive goal of treating these patients to standard levels of care as outlined by the American College of Cardiology/ American Heart Association clinical guidelines and recommendations.

LEXINGTON Central Baptist Hospital has been awarded the U.S. Department of Health and Human Services’ Bronze Medal of Honor for Organ Donation for achieving and sustaining national goals for donation, including a donation rate of 75 percent or more of eligible donors.

CBH was among four Kentucky hospitals and 404 hospitals nationwide recognized October 4 during the Seventh Annual National Learning Congress on Organ Donation and Transplantation in Grapevine, Texas. Awards were presented for work done during the time period of April 1, 2010 through March 31, 2012.

LOUISVILLE The Neurological Physical Therapy Residency Program at Norton Healthcare in collaboration with Bellarmine University was accredited in September by the American Board of Physical Therapy Specialties, the governing body on certifications for the American Physical Therapy Association. This residency program is the only one of its kind in Kentucky, and one of only 17 in the country. The program produces leaders with advanced neurologic rehabilitation training who will make a lasting contribution to their local and professional communities.

Residents in the program have the opportunity to treat patients with various neurologic diagnoses across acute care, inpatient rehabilitation, and outpatient settings. Each resident spends time in specialty clinics and with therapists and physicians who are specialists in their field. Residents in the Neurological Physical Therapy Residency Program at Norton Healthcare also participate in clinical research and teaching responsibilities in Bellarmine University’s Doctor of Physical Therapy Program. In addition, they complete a case study and participate in coursework with a focus on advanced neurologic physical therapy evaluation and interventions.

Being accredited by the American Physical Therapy Association means that this program follows the rules and standards set forth by the professional association. This is important for physical therapy residents, because they will automatically qualify to take their specialty exam after completing the residency. Sitting for a specialty exam in physical therapy is not guaranteed to other students.