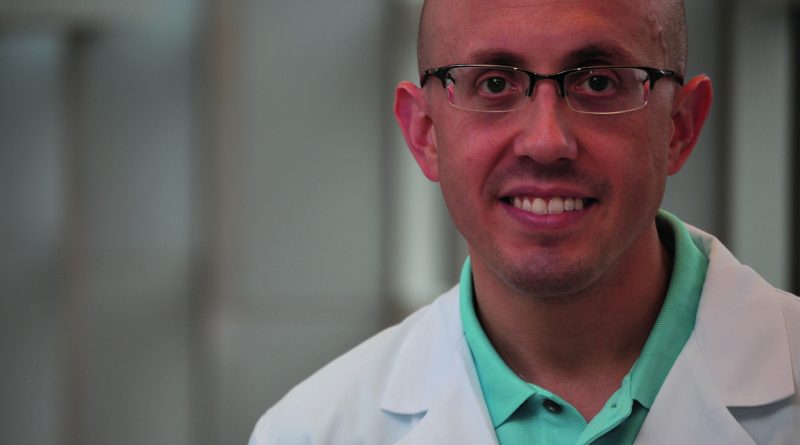 LEXINGTON So what if UK Markey Cancer Center’s multi-year quest for NCI Cancer Center designation hinges on his success? Patrick O’Donnell, MD, PhD, the orthopaedic oncologist recruited to get a new but necessary program off the ground, says he feels no pressure.

O’Donnell, who was one of the last recruits to join UK just weeks before their 860-page application for NCI designation was complete, joined UK Healthcare in August 2012 to head up the Center for Musculoskeletal Oncology. Being one of the rarest of rare subspecialists, O’Donnell’s skills dovetail with UK’s strategic recruitment of those singular providers who can serve a statewide need. At the same time, Markey’s NCI path required the establishment of a new musculoskeletal oncology program, and O’Donnell got pegged as the pivotal recruit.

In the big picture, there are lots of O’Donnells out there; the realignment of healthcare delivery has primed the conditions that make their employment very favorable for both sides. Of UK’s multidisciplinary musculoskeletal oncology team, eight were recruited for the NCI-propelled launch.

“Musculoskeletal oncology is a team sport,” says O’Donnell. We got a chance to speak in late September – a few days after the NCI application was filed – in O’Donnell’s office at the Department of Orthopaedics and Sports Medicine at the Kentucky Clinic. “The orthopedic surgeon is only one piece of the puzzle. Pediatric oncologists, medical oncologists, musculoskeletal radiologists, and radiation oncologists – all of these people are part of our multidisciplinary team. I’m just the surgeon in a team that is 12 people strong.”

The Rarest of Rare Specialties

“In Kentucky, there are only two orthopaedic oncologists. We’re the rarest of rare of the rare specialties,” emphasizes O’Donnell. While preparing to sign with UK, which involved about three years of talks with Markey’s Mark Evers and UK’s Michael Karpf, O’Donnell recalls how at times he vacillated between going to a program where he would be “the only guy” and going someplace where he could gain from a senior practitioner’s many years of expertise. Taking the leap of faith to be that guy, he says, felt right.

“Orthopedic oncology is easy, it really is. If you don’t get the tumor out, the patient is not going to live,” says O’Donnell. “The hard part is the critical decision-making. especially when the decision to proceed involves major invasive treatment.”

It’s with the decision-making that O’Donnell says he really benefits from having Karpf and Evers behind him. O’Donnell points to the team mentality, how being part of an institution that aims for the best was the deciding factor for his decision to join UK. “I didn’t come to be on some JV team and struggle through all this stuff. Having the institution’s support is mandatory, and it’s why I came.”

“These guys have protected my time,” he continues, “allowing me to focus on the Musculoskeletal Oncology Center. They also make sure we have the money that we need for our research and for our nurse practitioner, whose work is dedicated to musculoskeletal oncology services.”

And if he needs something more? O’Donnell says, “I don’t have to suffer in silence. I just call the big boss, say ‘I don’t like this. This is not going well,’ and they solve the problem.

“All I want to do is take care of cancer patients. That’s why I went into medicine, and that’s what I’m good at. Having guys like Drs. Karpf and Evers in my corner -their support of this program allows me to take good care of our patients.”

MARKEY’S NCI PATH REQUIRED THE ESTABLISHMENT OF A NEW MUSCULOSKELETAL ONCOLOGY PROGRAM, AND O’DONNELL GOT PEGGED AS THE PIVOTAL RECRUIT.