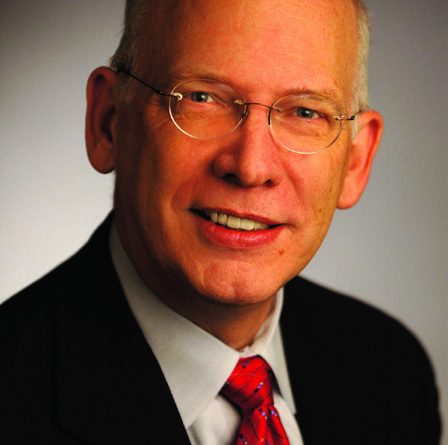 It has been said that there is nothing certain in this world but death and taxes. Rarely do the two get paired up except in a discussion of estate taxes. However, this month we will go on an excursion of longevity and the current state of affairs on tax policy and what you should do about both.

While performing financial planning services, we have observed that people tend to underestimate how long they will live, even in the face of strong evidence to the contrary. I am sure that you, dear reader, are doing what you can to help and are hopefully witness to the positive outcome. There are many sides to the story however. One is to deny the possibility, let alone the probability, of a very long life.

When we present the projections of income, expenses, and net worth to age 100, the most common response is along the lines of “I hope I don’t live that long.” The rather typical inclination is to think that a person of 90+ must be incapacitated or that life will surely be so miserable at that age as to be not worth living. You and I know that’s not true for a lot of people.

The alternative is to begin now, whatever your current age, to plan for the probability of life to 100 or even beyond and to take an objective look at what that life will be.

The insurance industry doesn’t help. While selling life insurance, they routinely remind us that we might not live very long and they flash actuarial tables at us to prove the point. One major problem is that the actuarial tables express longevity at a 50% probability of life expectancy for a very large population. Ah, the flaw of averages. Do we really have to be reminded that we are a population of one?

Furthermore, the actuarial tables hinge on only two factors: gender and age. Like most things, we encourage the use of a more robust tool for serious planning. One that looks at more risk factors would help. We also like to use a tool that offers suggestions for improving current wellbeing as well as longevity. We prefer the one constructed by the University of Pennsylvania’s Wharton School and it can be found using the QR code on this page.

That brings us to taxes. Right NOW is the time to check in on your 2012 tax projection. The Mayan calendar aside, as taxpayers we face enormous uncertainty as the end of the year approaches. Tax rates are scheduled to go up on January 1, along with the elimination of many credits and deductions and other incentives (commonly referred to as the “Bush tax cuts”). Concurrent with this will be sequestration which imposes across-the-board spending cuts at the Federal level, leading someone to call it taxmageddon.

Some think that the changes in the tax code will only affect the wealthy. Not so. The 10% bracket goes away entirely. The so-called marriage penalty will return. Itemized deductions and personal exemptions will once again be limited. The child tax credit will be halved. Substantially more taxpayers will be subject to the alternative minimum tax (AMT). So what to do now?

From an investment perspective, it may be good time to harvest losses (if you have any). Even if you cannot take the full capital loss deduction this year, the losses could be carried forward and used to offset future gains, which are likely to be taxed at a higher rate. Be aware that if you are selling securities at a loss there is a little known provision called the “wash sale rule” that generally prohibits you from taking the loss on a security if you have repurchased the same or substantially identical asset 30 days before or after the sale.

Two new taxes kick in for 2013. The Patient Protection and Affordable Care Act imposes an additional 0.9% Medicare tax on wages and self employment income and a 3.8% Medicare contribution tax will apply after 2012 to single individuals with a modified AGI of over $200,000 and married couples with more than $250,000 of MAGI.

Interestingly enough, both chambers passed bills this summer that would forestall the drastic changes that are about to appear. The two could not find agreement however, so the proverbial can has likely been kicked down the road to a lame duck Congress sitting after the November elections. It’s possible that Congress will wait until 2013 to act, if they act at all. Traditional yearend planning is essential. However, this year more than most, the planning should consider both 2012 and 2013. Multi-scenario, multi-year planning is the only prudent play of the hand we are dealt.

WHEN WE PRESENT THE PROJECTIONS OF INCOME, EXPENSES, AND NET WORTH TO AGE 100, THE MOST COMMON RESPONSE IS ALONG THE LINES OF “I HOPE I DON’T LIVE THAT LONG.”

Scott Neal is the President of D. Scott Neal, Inc. a fee-only financial planning and investment advisory firm. Questions and comments always welcome. He can be reached at 1-800-344-9098 or via email scott@dsneal.com