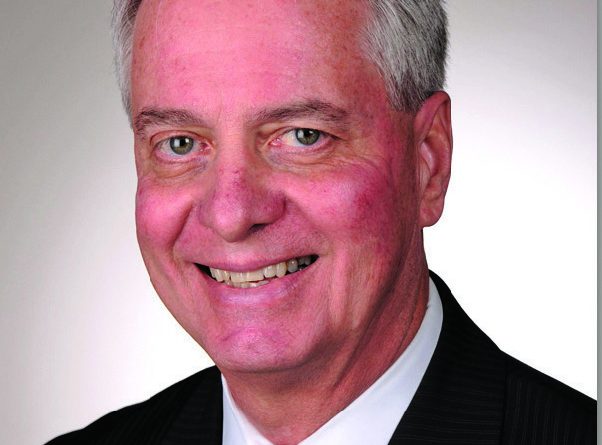 Each year in Kentucky between 30 and 40 children die from child abuse and neglect, with another 30 to 60 near fatalities, ranking the state among the worst in the nation. The Partnership to Eliminate Child Abuse was founded earlier this year by Kentucky’s two children’s hospitals and three medical schools, including Kosair Children’s Hospital, UofL Pediatrics – Forensic Medicine, Kentucky Children’s Hospital, University of Kentucky – Department of Pediatrics, and University of Pikeville – Kentucky College of Osteopathic Medicine. The Indiana medical community has followed suit, including Riley Hospital for Children at Indiana University Health, Indiana University School of Medicine – Section of Child Protection Programs, and Peyton Manning Children’s Hospital at St. Vincent, along with dozens of other media outlets, businesses, and organizations in both states.

Jennifer Newton: How did the Partnership come about?

Dr. Stephen Wright: It probably really started back in 2001–02. We were averaging almost one death a month from non-accidental trauma in kids, and I just thought, “There’s got to be something more that we can do.” So we started a Child Abuse Task Force at Kosair Chi. One of our initial things was to do some train-the-trainer sessions on pediatric abusive head trauma … and we created posters and provided education for physician offices, nurses, and nursing schools.

Then last fall, within a two week period, we had two babies come in with devastating injuries … I got to thinking, “Is there a way to partner with the news media to get the message out to masses of people?” Thinking of when there are natural disasters and they put up tips on the screen of how to be safe … We went to local media to pitch the idea. They thought it was a good idea, and they were willing to participate. So we put this partnership together, and word just sort of started spreading.

What have you accomplished so far?

We’ve basically created this media toolkit. In that toolkit are a number of things: the list of physicians who can speak to the problem, some tip sheets about things to watch out for and how to report abuse, op-ed articles, 30-second public service announcements, and a 14-minute awareness video.

We have physician liaisons that go out locally and throughout the state and visit physician offices, and we’ve provided them with posters and information and will be providing them with some of the toolkit items.

How does the Partnership integrate with the Child Abuse Task Force?

They’re cousins of sorts. The Task Force still meets monthly. Its current initiative is to create a “No Hit Zone” within Kosair Children’s Hospital, Kosair Children’s Medical Center – Brownsboro, and UofL Pediatrics … Basically that’s a program we borrowed from Cleveland Clinic where we train staff on how to react when they see adverse physical contact, whether it’s adult to child, child to adult, or whatever, and let people know, in this institution, we don’t allow any hitting.

The other thing that we’ve done is we’re modeling a program started by neurosurgeon Dr. Mark Dias when he was in New York. They put this video together called Portrait of a Promise, where parents discuss their experience with child abuse. They took the video into the hospital and showed it to new moms and dads and had them sign a document that said, “I viewed this video and I understand how dangerous it is to shake a baby.” They decreased the incidence of abusive head trauma by almost 50%. We started that within Norton Healthcare, and that’s been rolled out to a number of hospitals within the state.

Our Office of Child Advocacy, which is a Kosair Children’s Hospital function, is staffed by a number of nurses. They, in addition to the Task Force, were very instrumental in taking this program to the state and getting House Bill 285 passed last year that mandates training for certain groups of people, like nurses, social workers, and day care workers. We were not able to get that for the doctors, which is something that we want because there’s data that says about half the kids that come in with devastating injuries have seen a healthcare worker within a couple of weeks … That’s going to be another initiative we’re working on.

What are the financial and social implications of this issue?

The economic cost nationally is huge … It adds up to over $1 billion in annual costs throughout the US … It’s also important to know this issue covers all races, all socioeconomic classes, and all religions. There’s really not any segment of the population that doesn’t have some responsibility for causing these issues.

All of us in the partnership share the mission of working together to care for these kids and try and prevent the next one from getting injured.