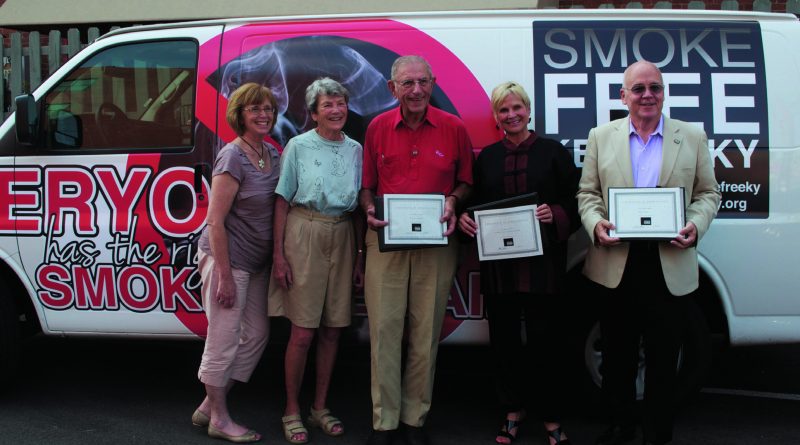 LEXINGTON Kentucky legislators are preparing to introduce a bill in 2013 that would codify statewide restrictions on smoking in public places and enclosed work places in Kentucky. The bill would not restrict smoking in cars, public outdoor places or private places. A similar bill was introduced in the House of Representatives in 2012, by Susan Westrom, D-79th Lexington, but did not reach the House floor for a vote.

Westrom says that in an election year, such as 2012, members did not want to vote on a controversial bill when they were up for re-election in November. Westrom says her decision not to push a full house vote on her legislation was “saving political capital” until she needed it.

According to Westrom, a statewide ordinance would help set minimum standards for local smoking restrictions. All local smoking laws would have to comply with the state law, but local regulations could add additional restrictions on smoking if desired. Westrom emphasizes that her legislation is a commonsense approach to a public health issue. “Protecting the public health is government’s role, just like having children vaccinated. We are not proposing a ‘smoking ban,’ she says, but restrictions on where people can smoke.”

Westrom expects opposition from factions in rural, tobacco growing areas and from organized lobbying from the tobacco industry. Westrom says there that there is public support for statewide smoking restrictions, citing a poll taken by “Smoke Free Kentucky” that says 59% of Kentuckians support a statewide law restricting smoking.

A study from the UK College of Nursing and co- authored by KMA president Shawn C. Jones, MD, on the before and after effects of a smoke free ordinance in Paducah measured indoor air quality from 2005–2007 and again 2007–2009. There was an 89% decline in measured indoor air pollution after the smoking ban went into effect in Paducah in 2007. (Kentucky Department of Public Health, Special Series), November 2011/Vol 109)

Jones says that when his term as KMA president is over in September 2012, he will vigorously work for the statewide Smoke Free Kentucky Coalition. “We have the science that proves second hand smoke is harmful,” says Jones. Additionally, Jones says the positive effects that Smoke Free Paducah has had on businesses and anecdotal evidence he has personally received tell him, “It’s the right thing to do and the time is now.”

Westrom concurs. “This is a golden opportunity for Kentucky physicians to step up and be the guardians of the public’s health that people expect them to be.”

Kentucky Representative Susan Westrom, D-79 Lexington, is working toward a statewide ordinance that would set minimum standards for local smoking restrictions. All local smoking laws would have to comply with the state law, but local regulations could add additional restrictions on smoking if desired.