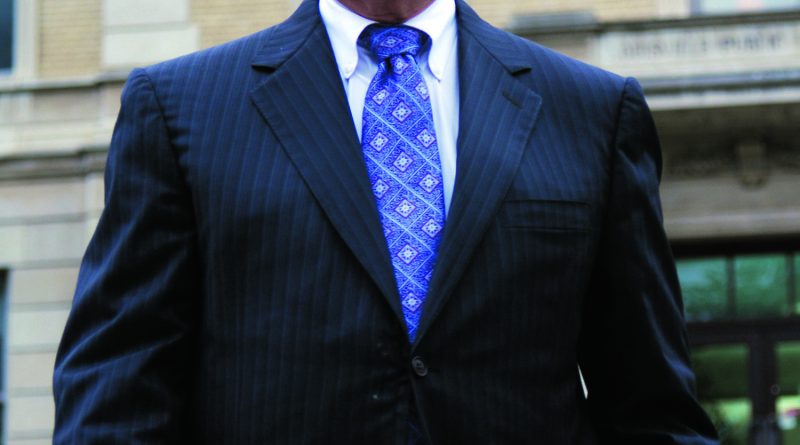 Jennifer S. Newton: What was your reaction to the Supreme Court’s ruling to uphold the Affordable Care Act?

David L. Dunn: I was very pleased with it. It extends the scope of healthcare to millions more Americans, which as a physician I believe to be a really great thing.

What’s the biggest challenge presented by the Affordable Care Act?

I think the biggest problem we face with the Affordable Care Act being enacted is the looming shortage of physicians and other healthcare practitioners, but in particular, primary care physicians and mid-level providers, such as nurse practitioners, so called physician-extenders. The prediction for the Commonwealth out to about 2020, but it could occur before then, is that we could face a shortage of as many as 3,000 to 4,000 physician providers. With the bill extending Medicaid, if the state decides to opt in to 133% of the poverty level, we could have as many as 300,000 to 350,000, maybe as many as 400,000, new Medicaid patients just within the Commonwealth alone.

The bottom line is the bill does not provide for health science centers, such as this one at UofL, to be supported in ways so that we can recruit more faculty, train the next generation of physicians and nurses, and doesn’t provide us the residency slots to do that. Those are capped at 1997 levels and have never been changed. It also doesn’t change the dynamic that it is hospitals rather than medical schools that own the residency slots. So if I were to create a much more perfect world for this, the medical school would actually get the residency GME dollars, both IME and DME.

What does it mean for the healthcare public in Kentucky?

My opinion is it means good things because the 350,000 more people who currently probably won’t even think of going to a physician because it would be a choice between out-of-pocket expenses for a preventive medicine visit or buying groceries or gasoline for their car will have more accessible and affordable healthcare. We’re the third sickest state in the union, and so that’s a really good thing to have these people be able to access healthcare.

Do you think this will have financial implications for physicians in their practices?

I think it depends on how the practice is run. If you look at University Medical Center, this likely will be a boon to the tune of about $6 to 10 million because we serve a population that is 25% indigent, completely unable to pay, and this would allow some of these people to reimburse the hospital through Medicaid. UMC provides $80 million in indigent care, and that’s not even counting what University physicians and our clinical faculty provide. We receive funding from metro, state, and other sources, but there’s still a gap of about $20 million.

There are also concerns about what will occur after 2016 when the federal government is no longer supporting 90% of the financial implementation of the expanded program with the state being on the hook for the remainder. In the current program rather than this expanded program, federal covers 70%, state covers 30% of the cost. With many more covered lives, there are concerns about the financial burden that creates.

Do you have any recommendations for Kentucky physicians on how they can prepare for the changes and capitalize on the good things that are happening?

The other process that’s running alongside this is the formation and approval of Accountable Care Organizations. Over 80 new ACOs were just approved nationally, three in the Commonwealth, so I think that’s something the physician groups should think about. There are a series of moving parts to federal healthcare reform and the other is high-tech, which is the implementation of electronic health records, e-prescribing, and related initiatives. So, forming or joining an ACO, changing how the practice works using mid-level providers as physician extenders, and moving toward a patient centered medical home model are just a few things to consider. There are a number of physician practices across the nation that are becoming very innovative with new models.

With primary care physicians being such as huge emphasis and not necessarily being the specialty with the highest income, how do you get more people into that specialty and how do you make that work?

We should be paying them more money, and we should be providing incentives for them to go into these fields and also to practice in under-served areas. We don’t have the right formulas right now for that. There is a different mechanism, which is forming large multi-disciplinary group practices such as we are doing here through University of Louisville physicians or health system physician employment, when you have everyone under the same financial umbrella you can create those financial incentives internally, if you choose to do so.

Personally I think the benefits far outweigh those liabilities because if this is done right, more people will have healthcare, more people will have access to preventive medicine, and that should decrease the overall disease burden, as the costs of medicine are huge for emergency care and for dealing with chronic disease.