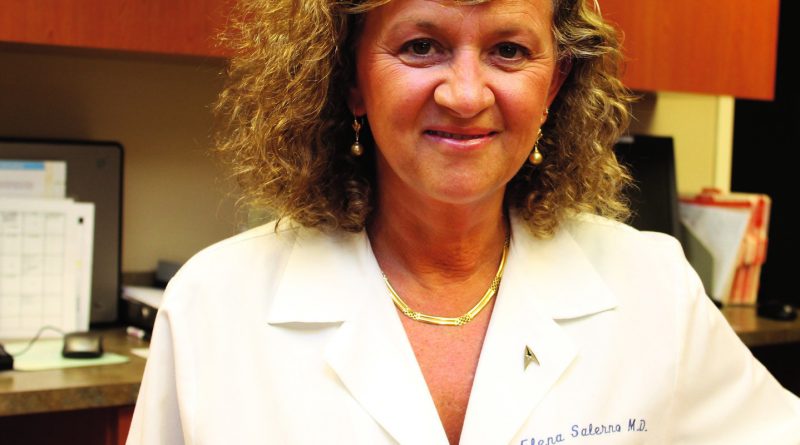 LOUISVILLE To be or not to be… independent, affiliated, or employed. That is the question plaguing many practices across the Commonwealth and the nation. The changing landscape of healthcare is prompting physicians to take stock of their practices and position themselves for longevity.

For All Women OB/GYN in Louisville, who recently faced a hospital-affiliation opportunity, the answer was independence. One of the original groups in talks for the Premier Gynecology & Obstetrics alliance (PGO), featured on the cover of M.D. UPDATE in May 2012, All Women opted out of the scenario and remained one of a handful of Louisville OB/GYN practices that are still independent.

All Women was originally drawn to the idea of PGO because it presented the opportunity to be part of a bigger entity that would have more leverage with insurance companies and would promote fair and equitable reimbursements among the group’s members. “We felt that somehow the physician is always the one that pays the price of healthcare costs and also the one to be blamed for escalation in healthcare expenses, but in reality our fees have not been going up for years,” says Elena Salerno, MD, board-certified OB/GYN with All Women since 1999.

The overwhelming estimated cost of the group merger and the subsequent involvement of a health system partner, Jewish Hospital & St. Mary’s Healthcare (JHSMH) in this case, elicited concern from the physicians of All Women. While the final arrangement with JHSMH allows the physicians of PGO to remain independent, all other elements of the practices are owned by the system, including employees and all assets.

While Salerno asserts her practice was never out to make more money for the physicians, financial implications were certainly at the forefront of their decision to remain independent. As a practice without any loans or debt, one that pays its physicians based on production rather than a monthly guarantee, and one that invested over $1 million to implement EMR in 2004, they were somewhat immune to the immediate financial implications of hospital-affiliated benefits. However, she says the main reason was, “I think it was more the uncertainty of losing the freedom and selling our assets that was the major part.” Without assets the practice would be left with nothing to go back to if they became dissatisfied with the arrangement. Salerno was also mindful of the jobs that can be lost as a result of centralizing billing and managerial tasks under hospital employment and the impact on their staff.

Hospital affiliations can provide economic stability, cost savings on overhead, and access to new technology, but for the time being, the perceived detriments to affiliation outweighed the positives for All Women.

Being able to refer to the physician she deems most qualified rather than whoever is in a hospital network is a liberty Salerno values. “We always use a wide variety of resources to refer patients because we don’t have an alliance with anybody,” she says. Capitalizing on referral patterns can be a boon for hospitals. “What you produce as an axillary – your mammograms, all your referrals, your CT scans, your surgeries, your deliveries – it’s everything you do outside the office that really doesn’t bring money to you as a practice, but it’s a huge amount of money for the hospital.”

A practice of five board-certified female OB/GYNs – Lisa Crawford, MD, Sarah Cawthon, MD, Amy Deeley, MD, Aimee Paul, MD, and Salerno – All Women OB/GYN is located in the Women’s Pavilion at Norton Suburban Hospital, but the physicians deliver at both Suburban and Baptist East. All Women offers in-office mammograms and labs, but the mammography is owned by radiologist Dr. Arthur McLaughlin, II, and operates as a satellite office.

Despite the challenges presented by remaining independent, Salerno believes it is easier for an OB/GYN practice to survive independently than for other specialties because their business is not driven solely by physician referrals. Instead, word-of-mouth referrals and direct advertising drive their business. In addition, they form lifetime relationships with their patients, often serving as the only physician a woman sees each year. “We treat the whole person, not just the female parts … It’s not just, ‘Here we go. Your uterus looks great. Your ovaries look great. See you next year,’” she says.

What the Future Holds

A native of Italy, Salerno has a point of reference to compare today’s healthcare market in the US with the socialized medicine of other countries. She acknowledges that despite the Supreme Court’s ruling on the Affordable Care Act, no one knows exactly how things will play out in the months and years to come. In the meantime, while the PGO merger was not the right fit for All Women, they are not completely closed to the idea of a merger in the future. Maintaining their own identity and remaining independent are their goals for the present. “So what we look for as a group is to remain independent and what remaining independent means is the economic stability to be able to afford that … We are happy where we are. We are in a good place,” says Salerno.

We are not looking to make more money for ourselves. What we look for as a group is to maintain our identity and remain independent so long as we can afford to do that.