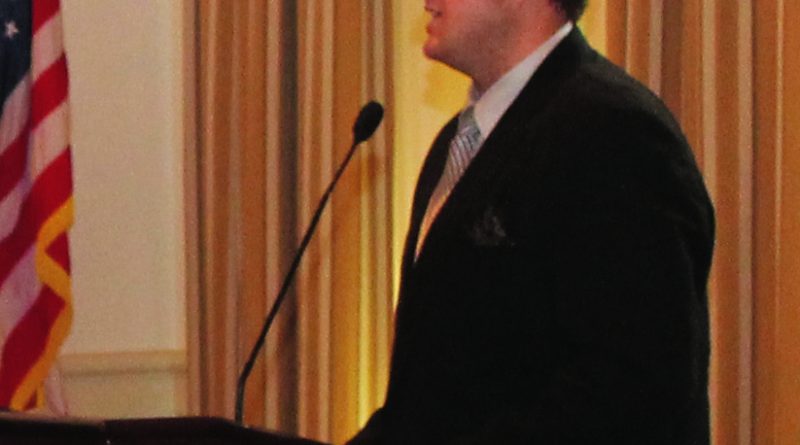 Dr. Barnett is a 2006 graduate of the University of Louisville School of Medicine. He completed his anesthesia residency at the University of Louisville Hospital in 2010. He completed a fellowship in interventional pain management at Washington University-Barnes Jewish Hospital in St. Louis in 2011. He is board-certified in anesthesia and board-eligible in interventional pain with certification in pain management.

Dr. George is a 1995 graduate of the University of Louisville School of Medicine. He completed his general surgery residency at Wright State University in Dayton, Ohio, in 2000. During his residency, he was elected Most Outstanding Resident and was chosen Outstanding Young Man of American in 1998. He is board certified in general surgery.

Cardiology of Kentucky has joined Baptist Medical Associates. Physicians in the group are:

Sudhakara Chennareddy, MD, FACC, board certified in cardiovascular medicine, interventional cardiology, and internal medicine, is a 1989 graduate of Rangaraya Medical College at Andhra University in India. Dr. Chennareddy completed his internal medicine residency at Wayne State University School of Medicine in Detroit, Mich., in 1997. He completed a cardiovascular medicine fellowship there in 2000 and an interventional cardiology fellowship at University of Alabama Medical School Hospitals in Birmingham in 2001. He is a fellow of the American College of Cardiology.

George Stacy Jr., MD, FACC, board certified in cardiology and internal medicine, is a 1986 graduate of Duke University School of Medicine. Dr. Stacy completed his internal medicine internship and residency at Southwestern Medical Center and Parkland Hospital in Dallas in 1989. He completed a cardiology fellowship at Vanderbilt University in Nashville, Tenn., in 1992. He is a fellow of the American College of Cardiology.

This association is expected to take effect on August 1, 2012, at which time Central Kentucky Surgery physicians will become members of Lexington Clinic’s Associate Physician Network.

Dr. Ryan A. Stanton named Spokesperson of the Year by ACEP

Stanton, along with the three Communications Lifetime Achievement Award recipients, will be recognized May 21 at the 2012 Leadership and Advocacy Conference in Washington D.C.

Stanton, who also is vice president and president-elect of the Kentucky Chapter of the American College of Emergency Physicians, is being honored for being a versatile and highly visible member of ACEP’s Spokesperson’s Network, regularly offering comment on complicated policy issues as well as consumer health topics, according to ACEP. He appears on television, and is regularly quoted in radio and print stories in national publications.

Performance of the procedures marked the first time the new technology has been used in Lexington to perform some of the most popular types of weight-loss surgery. The da Vinci Surgical System is a sophisticated robotic platform designed to expand a surgeon’s capabilities and, in many cases, offer better surgical outcomes than minimally invasive surgery.

The da Vinci system gives surgeons greater precision, increased range of motion, improved dexterity and enhanced access to patient anatomy. Through small incisions, the surgeon is able to introduce miniaturized instruments and a high-definition 3-D camera to view the surgical site. The surgeon’s hand movements are translated by robotic and computer technologies into precise micro-movements of the da Vinci instruments.

Dr. Weiss, who serves as medical director of bariatric surgery at Central Baptist Hospital, says the robotic surgery is a state-of-the-art advancement in medical technology and hopes it will continue to push the limits of weight-loss surgery. He looks forward to utilizing the da Vinci technology in many future weight-loss surgical procedures at Central Baptist Hospital, offering patients the potential of less pain, shorter hospitalization and faster recovery.

LOUISVILLE Baptist Hospital East has been awarded a three-year full accreditation designation by the National Accreditation Program for Breast Centers (NAPBC), a program administered by the American College of Surgeons. This signals to breast cancer patients that they’re receiving the highest quality of care when they choose Baptist East. Baptist East is one of seven Kentucky hospitals to have earned the designation.

Accreditation is given to centers following a rigorous evaluation process and performance review to ensure compliance with NAPBC standards. To earn accreditation, a breast center must meet or exceed quality standards in 27 areas established by the NAPBC.

Receiving care at a NAPBC-accredited center ensures that a patient will have access to: Comprehensive care, including a full range of leading-edge services

A team of professionals to coordinate the best treatment options

LOUISVILLE Area multiple sclerosis patients have a unique opportunity to participate in a prestigious National Institutes of Health study with Norton Healthcare. Norton Neuroscience Institute is enrolling patients in a national trial to test the disease-modifying drug abatacept as a treatment for multiple sclerosis (MS). Norton Neuroscience Institute is the only facility in Kentucky, Indiana, and Ohio to participate in this national study.

The National Institutes of Health has created the ACCLAIM study, a clinical trial to test whether the drug abatacept can stop or delay the progression of relapsing-remitting multiple sclerosis. Norton Neuroscience Institute enrolled its first patient in the ACCLAIM study in April.

A number of disease-modifying drugs have been created to slow the advance of multiple sclerosis. Each drug affects patients differently, some with more positive outcomes than others. Because many patients are uncomfortable with the side effects and additional health risks associated with these drugs, researchers are seeking a safer, more effective treatment for MS. Abatacept has been used in studies on several autoimmune diseases, such as rheumatoid arthritis and psoriasis, but it has not been thoroughly tested for treatment of MS until now. Norton Neuroscience Institute is currently involved in five clinical trials for MS, more than any other group in the region.

DANVILLE, KY Ephraim McDowell Regional Medical Center (EMRMC) has earned four Gold Seals of Approval™ for health care excellence. The nation’s most respected health care accrediting agency, The Joint Commission, has awarded EMRMC and their partners, Danville Orthopedics and Sports Medicine and Central Kentucky Spine Center this esteemed recognition for Total Hip & Total Knee Replacement and Spinal Fusion & Laminectomy care. Of the 131 hospitals in Kentucky, Ephraim McDowell Regional Medical Center is the only one to hold this distinction. This is the second such designation for the Total Knee & Total Hip Replacement.

The programs underwent an extensive on-site evaluation by an expert medical surveyor from The Joint Commission. Each disease-specific program is evaluated for compliance with standards of care specific to the needs of patients and families, including infection prevention and control, leadership and medication management.

Ipsan’s new role encompasses all current daily operations for Norton Suburban Hospital, which is in the process of being converted into the region’s first women’s and children’s hospital, as well as the duties of president of the new hospital once the conversion is complete.

Ipsan is a former staff nurse at Norton Suburban Hospital, and has served as nurse manager and the director of women’s services within the Columbia system. She went on to serve as an advanced nurse practitioner and the director of the ARNP program for Neonatal Associates PSC and the University of Louisville. In 2009, Ipsan was named system vice president, pediatric services, Kosair Children’s Hospital, and vice president, administration, Kosair Children’s Medical Center – Brownsboro. In her new role, Ipsan will continue to be supported by more than 80 transition project and program work teams.

LOUISVILLE Jewish Sports Medicine primary care sports medicine physicians and physical therapists are learning to use a state-of-the-art new diagnostic tool, musculoskeletal ultrasound. This cutting-edge technology is one of the first in the region.

The musculoskeletal ultrasound exposes part of the body to high-frequency sound waves to produce pictures of muscles, tendons, ligaments, joints, and soft tissue. The machine is an important tool in sports medicine because many sports-related injuries do not appear in an x-ray and are not visible to the naked eye. The machine is located at Jewish Sports Medicine’s Central Station location near Papa John’s Cardinal Stadium and the Jim Patterson Baseball Stadium, making it easily accessible for athletes from the University of Louisville and local high schools. It was purchased through the Jewish Hospital & St. Mary’s Foundation.