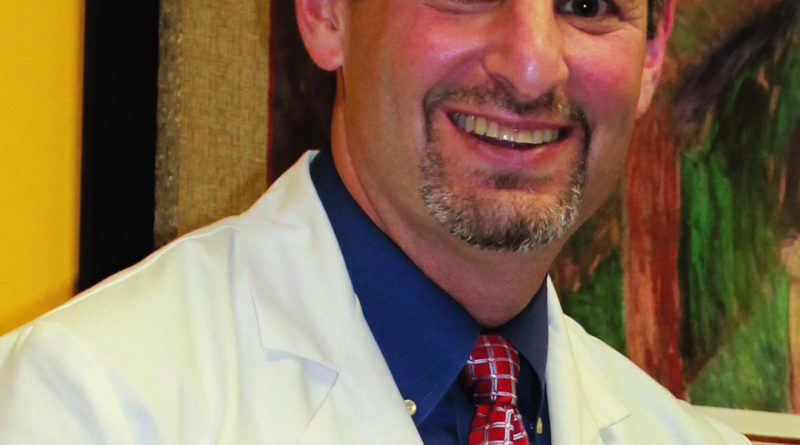 There has been a firestorm of controversy surrounding the FDA’s decision to warn patients about the safety, risks, and complications associated with transvaginal placement of surgical mesh for pelvic organ prolapse. Class action suits are being joined by patients encouraged by TV commercials paid for by legal experts suggesting causal link between adverse events and these “prolapse mesh kits.” It is important to understand the diagnostic and therapeutic history of pelvic organ prolapse to reconcile this controversial topic.

Traditionally, a considerable number women with pelvic organ prolapse were offered vaginal hysterectomy, anterior and posterior colporrhaphy with McCall’s culdoplasty for uterine prolapse, cystocele, rectocele, or enterocele, respectively. However the anatomic failure rate of these “native tissue repairs” was unacceptably high, ranging from 40 to 60% in some case series.

In the late 1990s, tension free vaginal taping (TVT) revolutionized the surgical treatment of patients with stress urinary incontinence through transvaginal placement of a synthetic mesh sling, thereby eliminating the need for laparotomy during retropubic colposuspension (Burch, MMK) while maintaining equivalent success rates of 85 to 90%.

Medical device manufacturers encouraged by the success of tension free vaginal taping developed “prolapse mesh kits” through the FDA’s 510K approval process, which requires proof of equivalence to an already established product rather than new human clinical trials. These “prolapse mesh kits” met the need for a minimally invasive surgical procedure to treat pelvic organ prolapse with success rates that exceeded “native tissue repairs” because of the addition of a larger volume of synthetic mesh through a transvaginal route.

Transvaginal placement of surgical mesh for treatment of pelvic organ prolapse quickly became the preferred method of repair in 75% of cases because of an aggressive marketing campaign by the medical device manufacturers who create demand for their products by training physicians with limited knowledge, experience, and surgical skills necessary to care for these patients.

A fourfold reduction in reoperation for recurrent pelvic organ prolapse after “native tissue repair” was now being replaced by a fourfold increase in return to the operating room for synthetic mesh revision and removal, prompting the FDA, in July 2011, to develop a warning advisory that complications after transvaginal placement of surgical mesh for pelvic organ prolapse are not rare and may require multiple reoperations and in some cases permanent injury.

Paradoxically, only two to four percent of the 40 to 60% of patients with anatomic failure after “native tissue repair” requires reoperation, provoking researchers to redefine pelvic organ prolapse from the patient’s perspective. Approximately 50 to 60% of asymptomatic women attending a gynecologic clinic have anatomic evidence for pelvic organ prolapse by physical examination. However, only nine percent of US community-dwelling women are bothered by feeling or seeing a bulge corresponding to when the leading edge descends past the vaginal opening. Researchers have, in my opinion, erroneously reclassified any asymptomatic pelvic organ whose leading edge is above the vaginal opening as “normal” because most women are not bothered by what they cannot feel or see. Yet, we do not know whether women would be bothered if they were shown what we see on physical examination. We also do not know the progression rates of asymptomatic women with “normal” pelvic organ support either prior to or after surgical repair.

“Native tissue repairs” traditionally associated with 40 to 60% anatomic failure rates are now being recommended by the FDA as the treatment of choice for pelvic organ prolapse because they eliminate the risks associated with transvaginal placement of surgical mesh and have similar success rates when the new definition of “normal” is applied.

Just because a women cannot see or feel their vaginal bulge until it descends past the vaginal opening does not mean it is “normal.” None of the 125 nulliparous women examined had the leading edge of their vaginal walls descend as low as one centimeter short of the vaginal opening while participating in a study to determine the distribution of pelvic organ prolapse in a US community-dwelling population. Vaginal delivery results in a traumatic evulsion of the levator ani muscles from their bony attachments in the pelvis leading to pelvic support defects seen on physical examination of multiparous asymptomatic women.

Conventional laparoscopic sacrocolpopexy has minimized the risk of complications associated with laparotomy while maintaining the high rates of anatomic success for this “gold standard” operation for the select number of physicians capable of conquering its steep learning curve. Robotic sacrocolpopexy offers a shorter learning curve but typically costs more ($2,500 per procedure) and takes longer (60 minutes) than a conventional approach.

The FDA’s decision to warn patients of the risks of transvaginal placement of surgical mesh for pelvic organ prolapse, while warranted, has increased confusion. The problem is not the surgical mesh but the route of introduction of a large volume of synthetic material into the clean contaminated vaginal field. Therefore the FDA’s warning does not apply to use of synthetic mesh placed via an abdominal or endoscopic route during sacrocolpopexy or transvaginal placement of a smaller volume of mesh for treatment of stress urinary incontinence. Surgical results, good and bad, depend on the provider’s knowledge, experience, and surgical skills, which is why patients with pelvic organ prolapse should be offered referral to a board-certified Female Pelvic Medicine and Reconstructive Surgery (Urogynecology) subspecialist.

Just because women cannot see or feel their vaginal bulge until it descends past the vaginal opening does not mean it is “normal.”